“I think I hear a jet airplane…”

Previously: Wiggins decided to visit the Airfield Café, just in case someone there would mention the pilots’ current whereabouts.

All he did was listen. He didn’t want to draw attention to himself by asking what could be interpreted as nosey.

“It sure is quiet here without all the pilots.”

“Yeah, but I drive a Piper Cub, not one of those old warbirds.”

“A couple went out with ‘One-Eye’ to do a bit of fishing,” his friend replied, “And I hear four went down to Duluth.”

Wiggins had enough information, he thought, to take action against some of his foes… at least those out on the lake.

Season 17—Adventure 3—SCRAMBLE!—Episode 7—Scene 1… Somewhere over Lake Superior… The sky was clear when Wiggins & Thomas took off on their search for the fishing boat. 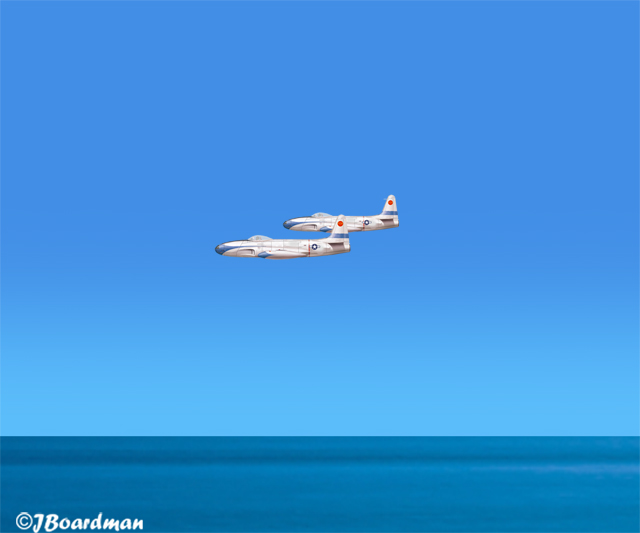 The sky was clear when Wiggins & Thomas took off…

“Piece of cake, Boss,” Thomas grinned into the mic as he spoke, “They’ll be sitting-ducks.”

“It should be,” Wiggins replied, “But, from what I hear, they’re quite formidable people.”

“True, but they’re out fishing, they don’t know we’re in the area, so, I expect they’ll not be armed.”

Episode 7—Scene 2… An angry Lake Superior… The two old jet fighters began to be very-difficult to control, “Do you think we should head back to the airport? This weather will make our attack difficult at best.” 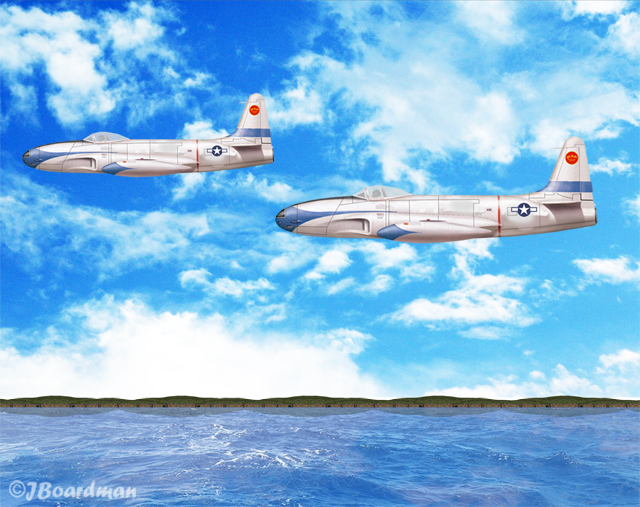 “Do you think we should head back to the airport?”

“NO!” Wiggins replied, “We may not get another opportunity before they realize we’re in the area.”

“When we see them, we’ll drop down close to the water,” Wiggins said, “That will give them less time to prepare for an attack.”

Episode 7—Scene 3… An angry Lake Superior… “This is FUN,” Mac cracked, “Are you having fun, Joey?” 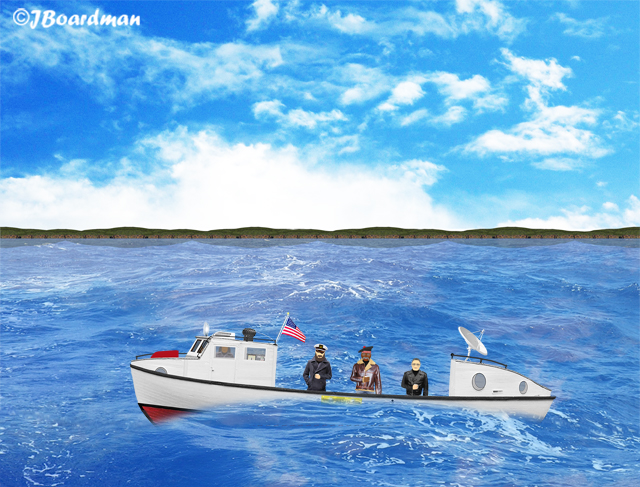 “I think I hear a jet airplane,” Mac observed, “What damn-fool would be flying in this weather?”

“Dammit, Mac—I forgot to bring them!”

10 Responses to “I think I hear a jet airplane…”