He didn’t survive the crash

Previously: NO!” Wiggins replied, “We may not get another opportunity before they realize we’re in the area.”

“When we see them, we’ll drop down close to the water,” Wiggins said, “That will give them less time to prepare for an attack.”

“I think I hear a jet airplane,” Mac observed, “What damn-fool would be flying in this weather?”

“Dammit, Mac—I forgot to bring them!”

He didn’t survive the crash. 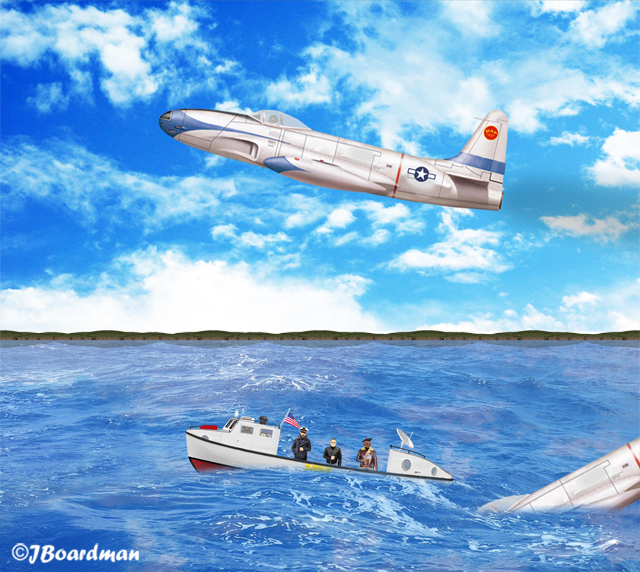 He didn’t survive the crash.

Wiggins could not get a clear shot at the boat, as his airplane was buffeted too much by the wind—he wisely headed back towards home.

Mr. Wiggins was not prone to prayer—he made an exception today.

Prayers usually don’t include swearing—his did.

Unlike his late wingman, Wiggins was an excellent pilot and arrived safely back at his airport.

He called his remaining pilots into a meeting, “Gentlemen, we lost Mr. Thomas due to extreme stupidity. This being the case—we will immediately resume our training—with an emphasis on all-weather flying. Suit-up. We take off in a half-hour.

Episode 8—Scene 2… At Silverthorn’s Harbor Café… Debra, Collie, Chris, and Wyatt all had a hankering for food and arrived at the café within minutes of one-another. They also felt a need—and hope for Mac & Joey’s safe return from their fishing trip. 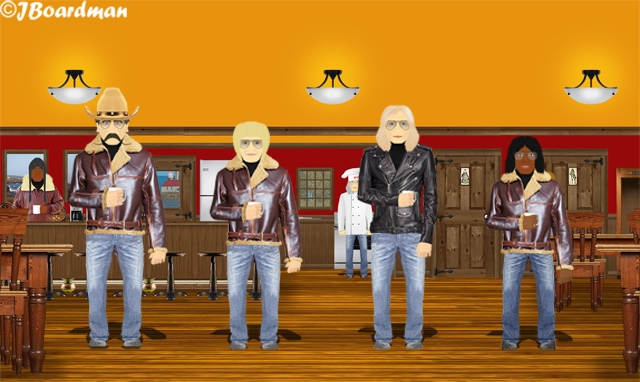 “Not yet,” Danielle Silverthorn replied, “But, with Captain Farkleberry, they’re in the best possible hands.”

“Yeah,” Wyatt was still very concerned, “When Superior gets angry…”

“Mr. Earp—there is NO better captain on the lake.”

Episode 8—Scene 3… On Angry Lake Superior… “Then here’s to the sailor,
And here’s to the soldier, too, Hearts will beat for him Upon the waters blue. Sailing, sailing, Over the bounding main…” Mac broke into song. He really COULD sing—who knew? 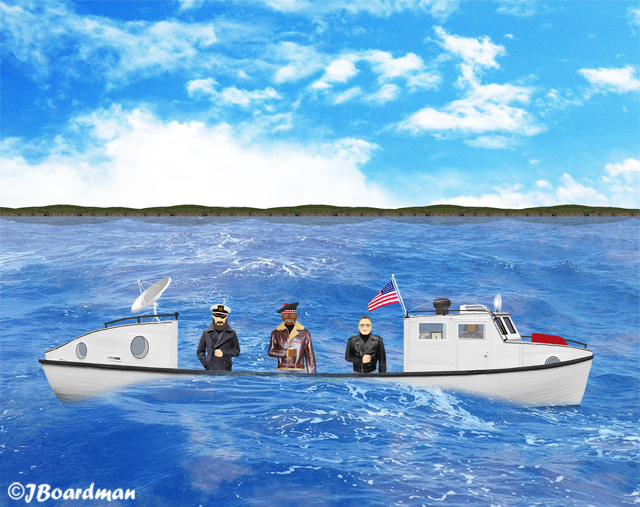 “You two are either scared out of your minds—or you’re having a blast in this squall.”

“Having a blast, Braddock,” Mac replied, “Considering everything we’ve experienced on our adventures—this IS fun!”

4 Responses to He didn’t survive the crash