So—kick-back and ENJOY the ride!

PREVIOUSLY: Hello, GENTLE READER—This is Cujo, the Great Northern Beagamute, and I’m interrupting the story of the Me 262 Squadron to send OUR HEROES back to the NINETEENTH CENTURY—because there is trouble a-coming to Danger Bay! 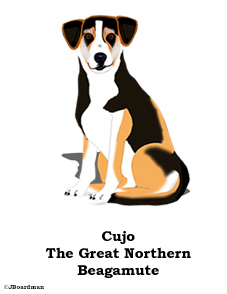 So—kick-back and ENJOY the ride! 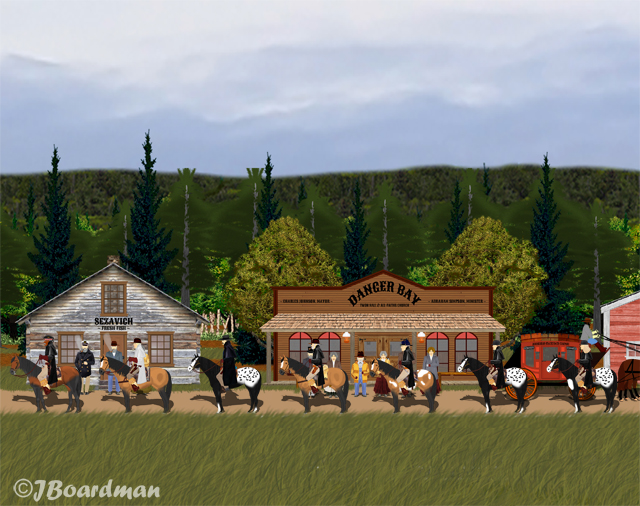 “YES!” Chris Earp exclaimed, “It’s about time for a real adventure in the past!”

“CRAP!” Joey exclaimed, “I just got you to quit drawing me with any kind of hat!”

Boomer laughed, “Blame Cujo, not me—besides, everyone wore hats in the 19th Century.”

“It’s my Constitutional right to whine!”

“Keep it up—and I’ll smack you upside your pumpkin-head.”

Big Mac had enough, “ENOUGH! Let’s get to our headquarters and find-out why we’re here.” 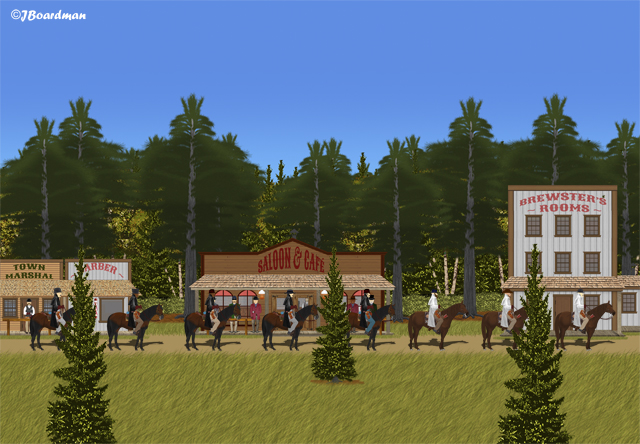 They rode-out from Brewster’s Corners

They were gathering near Danger Bay… 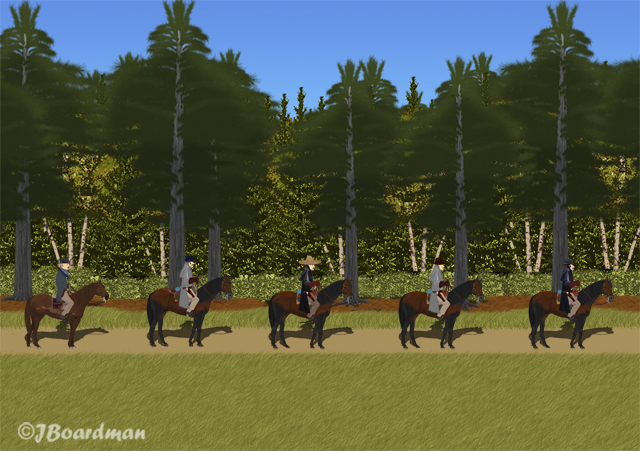 They were gathering near Danger Bay…

Why are they gathering? 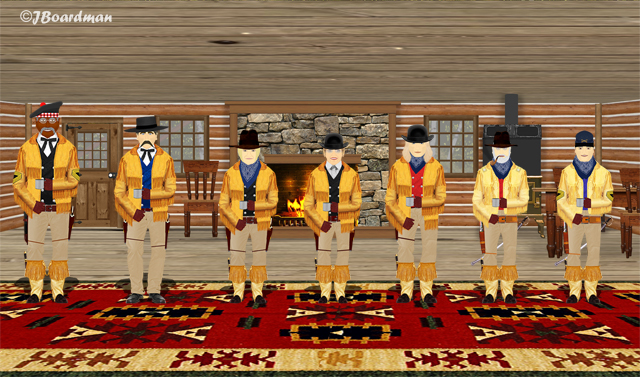 “Ah—Alpha-Jack, I shall speak—but I can’t materialize as I’m currently fighting with Juco,” the disembodied voice replied, “Forces are gathering to takeover Moosehead County. For what purpose—I haven’t a clue. You must do your own research on this.”

Episode 1—Scene 4… Inside the Silverthorn General Store… James, Abby, and elders Samuel & Ani were expecting the Seven, “Greetings from the 19th Century Silverthorn family. We have been expecting you.”

“Greetings you, Samuel, and your family,” Mac replied, “You’ve been expecting us?” 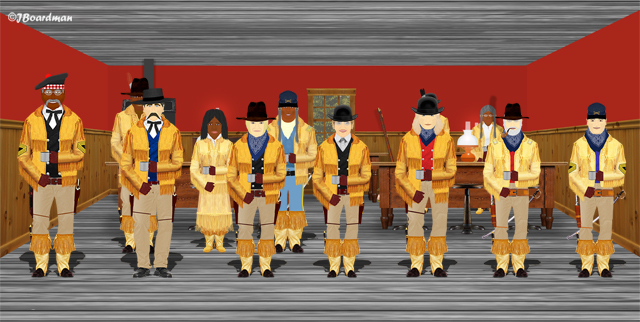 “You’ve been expecting us?”

“We have—we asked Cujo to send you here—storm clouds are gathering.”

“Indeed,” James replied, “We have our militia—I fear they won’t be enough.”

“What are they expected to do, James?” Joey asked.

4 Responses to So—kick-back and ENJOY the ride!