Previously: Col. Milton Bell inspected his gathered troops (there were more on their way) as he rode along the long line of tents. He was pleased—the months of training had paid-off. Soon he’ll be ready to mount his attack on Moosehead County.

Season 17—Adventure 4—The RETURN—Episode 3—Scene 1… Deadwood, Dakota Territory… “Are you here—looking a lot like me—to take me in?” 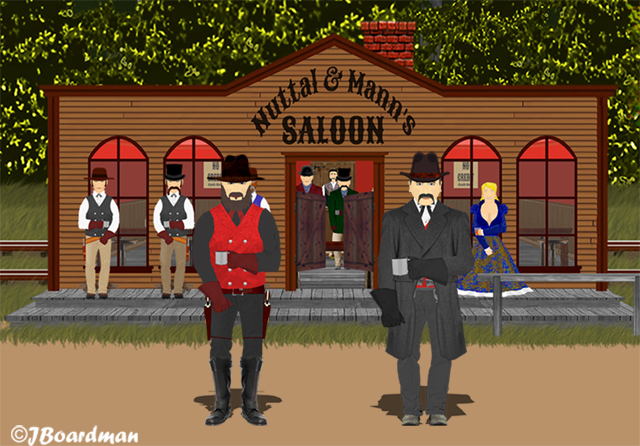 “Are you here—looking a lot like me—to take me in?”

“No Mr. Carstairs, not anymore,” AJ replied, “I’m here to escort you home to Danger Bay—Marshal Jimmy Hickok has cleared you of all outstanding warrants.”

“To help clear your name, originally,” AJ replied, “And since—because I like the look.”

“I’m not sure you should—you may be mistaken for me and have to draw-down on some hard-case wannabe.”

In less than an eyeblink, AJ drew his .44 and pointed it towards Carstairs’ left ear.

Episode 3—Scene 2… Returning from Deadwood, Dakota Territory… The ride out of Deadwood had been boring. Until now.

Four men were approaching—and the more experienced Carstairs cautioned AJ, “Unloop your .44, AJ, these fellows are going to confront us.” 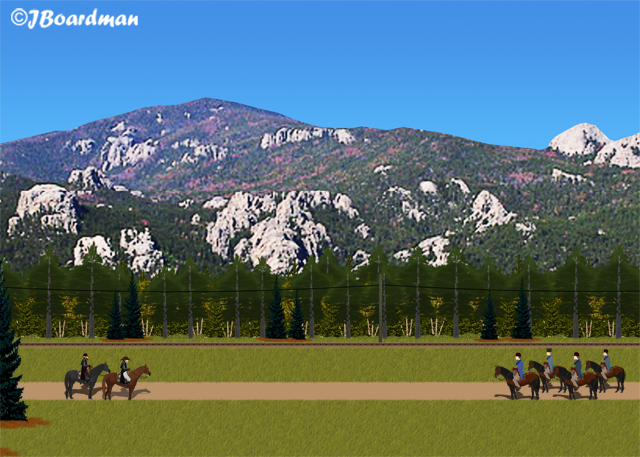 2 Responses to “How can you tell, Bill?”