PREVIOUSLY: “How can you tell, Bill?”

Season 17—Adventure 4—The RETURN—Episode 4—Scene 1… On the road from Deadwood, Dakota Territory… Carstairs and AJ rode for several long, hot, and boring hours—expecting another attack.

An attack which didn’t occur. Still—both men were certain they weren’t in the clear just yet.

In the distance the sound of a train approaching from behind them played about their subconscious minds—neither one paying attention to it.

They were too busy paying attention to the long-road ahead; expecting to see assailants approaching around every turn.

They appeared—and they were twelve—probably more than even these two shootists could handle. 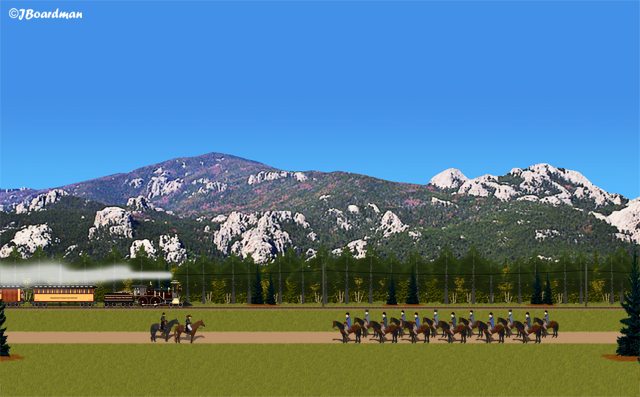 They appeared—and they were twelve…

The train arrived from behind a second later. 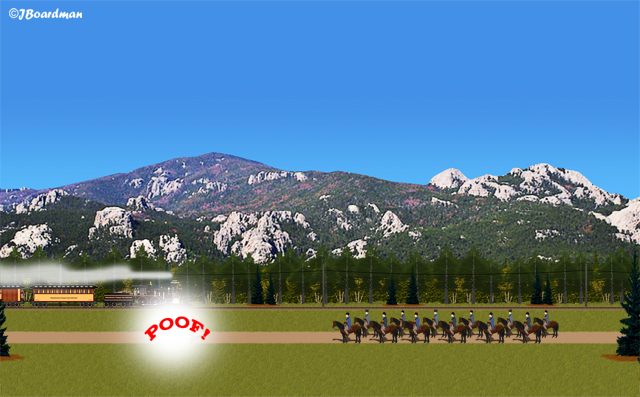 The twelve did not ever admit to what they saw; they knew no one would believe them.

In that—they were correct.

Episode 4—Scene 2… Meanwhile—Ten miles south of Grand Marais… Colonel Milton Bell addressed his men, “We move-out in ten days, gentlemen, I expect every one of you to be prepared by then. Those assigned to Major Clemson will march around Moosehead County and position yourselves to attack Moosehead City. 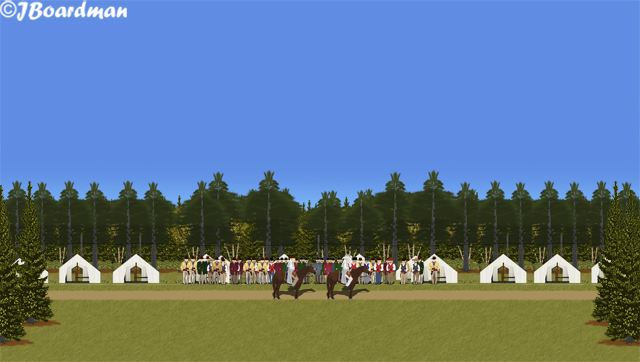 Those assigned to Major Carruthers will march to a position south of Moosehead County. Both forces will avoid the main roads and march silently at night.

Episode 4—Scene 2… Meanwhile—Inside the “Seven” Danger Bay HQ… Mac called the meeting to order, “As we have only four ghost-critters, I want Boomer to team-up with AJ when he arrives, Joey to team-up with Debra, Linda to team-up with Wyatt, and Chris with me to respond where we’re needed.” 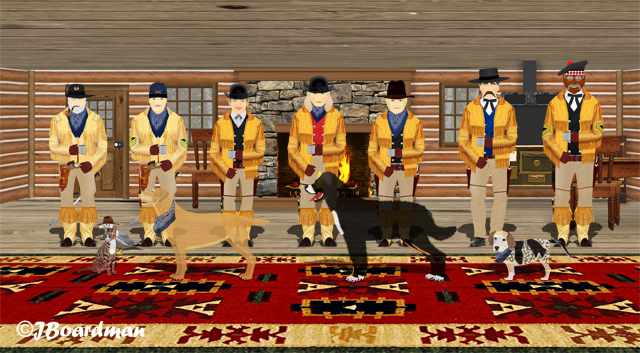 Flutters had no response—he misconstrued Boomer’s comment as a compliment.

8 Responses to “Flutters will serve as our communications pigeon.”