PREVIOUSLY: The lumberjacks mobilized in Brewster’s Corners, and headed towards Danger Bay to offer their services.

Their wagons were relatively small—but of robust construction. The powerful horses were not fast—but incredibly strong.

The lumberjacks were not gunmen—but knew their weapons and were quite good marksmen.

The question remained—would the good guys have enough firepower to defeat Bell?

Episode 6—Scene 3… Meanwhile… in Danger Bay at the Posse HQ… Chris Earp, & Bill Carstairs remained with Mac, “I don’t understand why you separated Wyatt and me, Mac.”

“Because I need Mr. Carstairs and your guns with me,” Mac replied, “We are the ones who will respond to our friends as their back-up.”

Season 17—Adventure 4—The RETURN—Episode 7—Scene 1… at the Posse HQ… Big Joey (who resembles Joey Jerkovich) MacTavish arrived, “I have nine armed lumberjacks with me—how can we help?”

Mac mulled the offer over for a bit before responding, “Thank you—I believe you can best serve as our defending unit right here in Danger Bay. Take some time to determine where you’ll place your men, and then you report back to me here.” 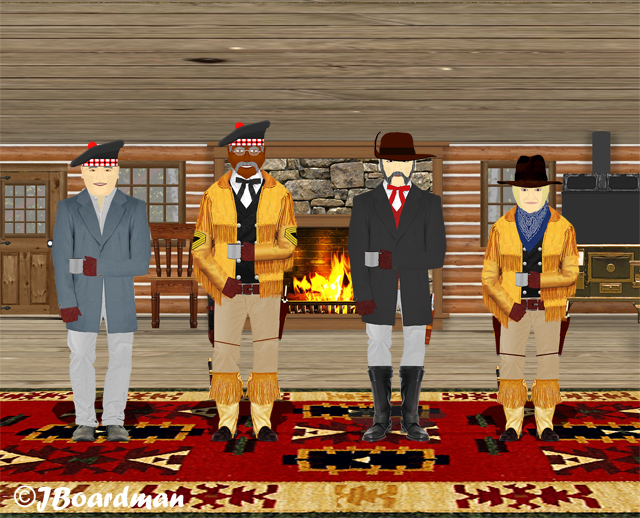 “I’ll get right on it, and when done—let you know our positions.” 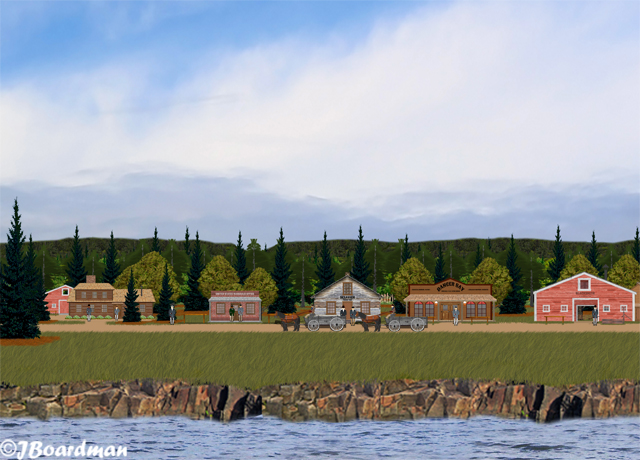 MacTavish was no rookie in the art of placing people where they are most needed, “My men are in position Sar-Major. If you don’t mind, I’ll remain here with you and the others.”

Episode 7—Scene 2… North Road, Moosehead County… Boomer, AJ & Alphonso were scouting North Road when they saw riders approaching—and under the cover of the Moosehead County Stagecoach—dismounted and took cover in an abandoned cabin.

The sentient horses quickly hid in the barn.

Episode 7—Scene 3… South Road, Moosehead County… Joey with Debra were scouting along with their ghost dogs, “No bad guys in the saloon Joey.”

“Thanks Mattie,” Joey replied, “Any word from our friends?” 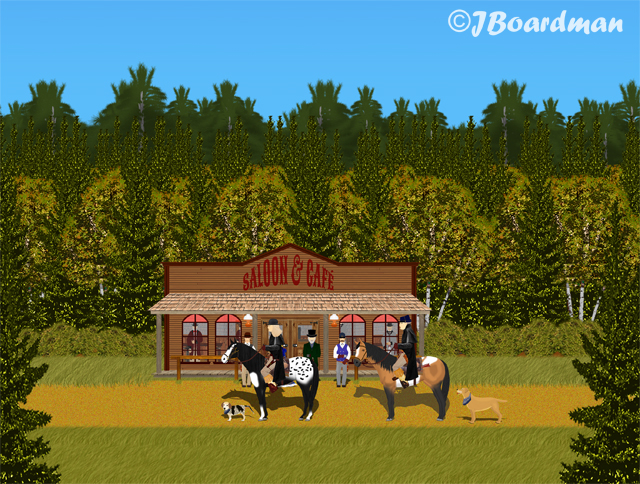 “Any word from our friends?”

“Not that I’ve heard,” Mattie answered, “How about you, Cleo?”

“Nothing directly,” She replied, “But I saw Flutters was flying north.”

Episode 7—Scene 4… Inside a cabin the North Road… “It appears they’re just riding past,” AJ said, “We may have dodged a bullet or six.” 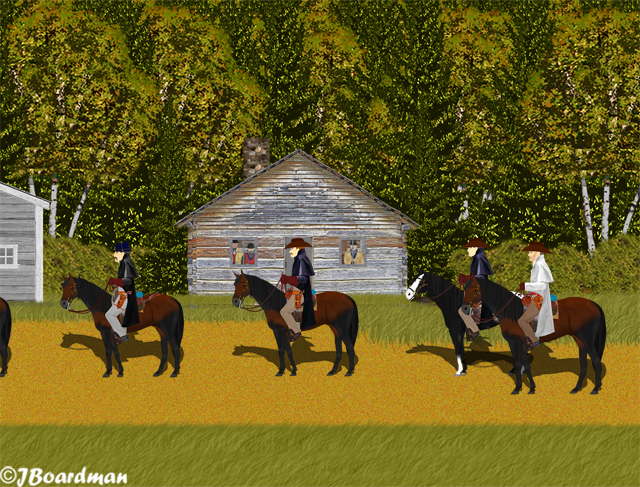 “We may have dodged a bullet or six.”

“Not so fast, son—they’re dismounting.”

1 Response to “As a last line of defense?”