PREVIOUSLY: Boomer, AJ & Alphonso were scouting North Road when they saw riders approaching—and under the cover of the Moosehead County Stagecoach—dismounted and took cover in an abandoned cabin.

The sentient horses quickly hid in the barn.

Episode 7—Scene 3… South Road, Moosehead County… Joey with Debra were scouting along with their ghost dogs, “No bad guys in the saloon Joey.”

“Thanks Mattie,” Joey replied, “Any word from our friends?”

“Not that I’ve heard,” Mattie answered, “How about you, Cleo?”

“Nothing directly,” She replied, “But I saw Flutters was flying north.”

Episode 7—Scene 4… Inside a cabin the North Road… “It appears they’re just riding past,” AJ said, “We may have dodged a bullet or six.”

“Not so fast, son—they’re dismounting.”

Season 17—Adventure 4—The RETURN—Episode 8—Scene 1… Inside the cabin… “Aim your shots carefully, we can’t afford to miss!” 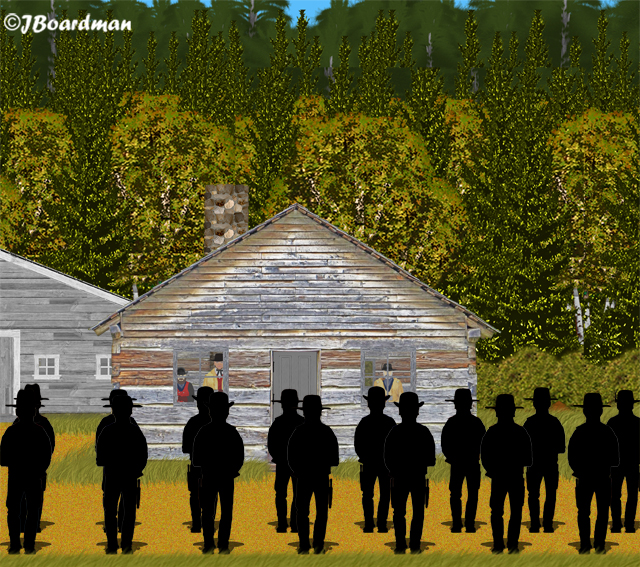 “Aim your shots carefully, we can’t afford to miss!”

“THAT much is certain, son.”

“Yeah, Dad—your grasp of the obvious is inspiring.”

AJ just grinned as he took a shot at the bad guys—one of them conveniently fell. 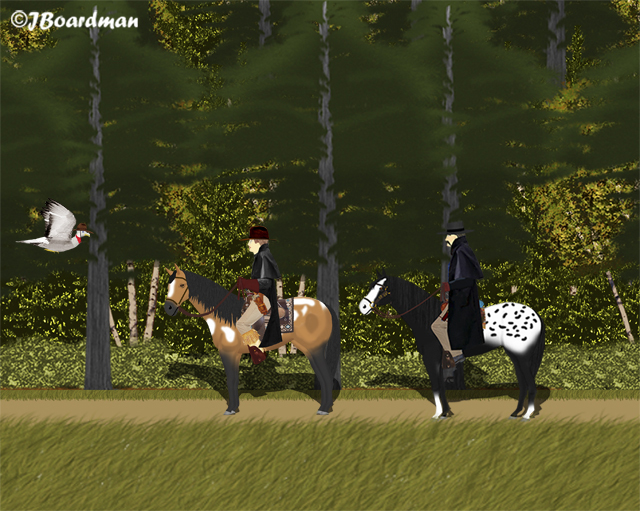 “Reporting to Mac—Ma’am,” Flutters fluttered away. 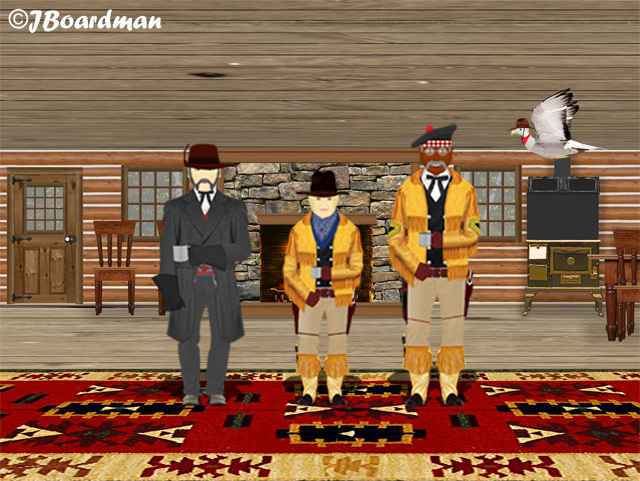 It took a few seconds for Flutters to reply, “Boomer is in trouble on the North Road. I told Linda and Wyatt, and they’re on their way, but they won’t be enough.”

Episode 8—Scene 4… Colonel Milton Bell’s HQ near the North Road… “We’ve got them,” Bell smiled, “They’re spread-out through the county and we have at least three of them cornered in a cabin about ten miles from here—mount-up, boys—let’s ride! 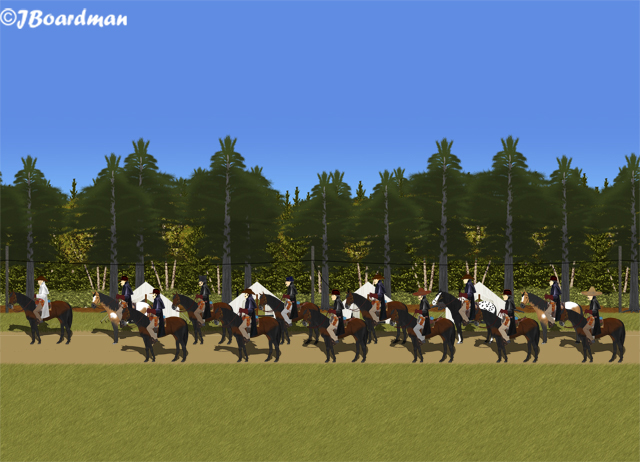 Bell and his men were much closer to the cabin than any of the Posse-members.

5 Responses to “REPORT TO MAC!”