“You would think that, Joey.”

“What means this term, ‘cautious haste,’ I wonder,” Chris asked.

“I suspect—although I’m not entirely sure—word-play on the part of the author of this particular story.”

“We don’t want to exhaust our horses.”

“The only one becoming… ‘exhausted’ is me.” 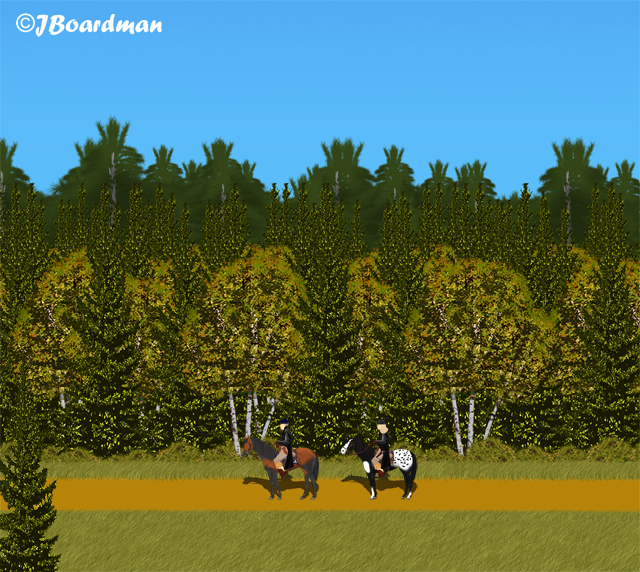 “The only one becoming… ‘exhausted’ is me.”

“You would think that, Joey.” Debra laughed.

The minutes stretched into hours as the two rode (mostly) in silence—each lost in thought (Joey thinking about his REAL WORLD™ cabin up north, Wolfwood—Debra about her Sheridesdesigns™)

Episode 2—Scene 2… Meanwhile at Fort Wabanquot (Named after the Ojibwe chief who signed the Treaty of Washington in 1867) in Moosehead County… 5th Minnesota Cavalry Regiment Company A, under the command of Lt. Seth Adams departed Fort Wabanquot. They were the only regular army unit within a hundred miles of Moosehead County. 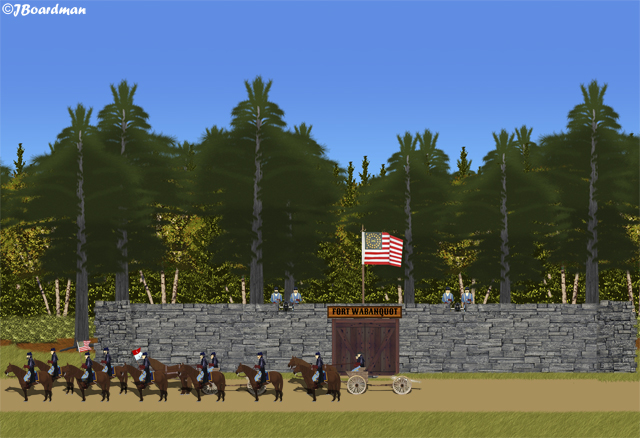 He pressed his cavalry with a very-fast pace—and sent scouts ahead to search for Bell’s troops.

It didn’t take long for the scouts to find Bell—and they returned and reported his location.

The scouts also found a parallel trail along a ridge overlooking the North Road.

“Hurry, gentlemen,” Adams ordered, “Get those big guns in place; our friends are counting on us.”

Episode 2—Scene 3… On the Ridge overlooking North Road… Adams’ two big 12pdr guns opened-fire on Milton Bell and his men—half of them were killed, or mortally wounded. 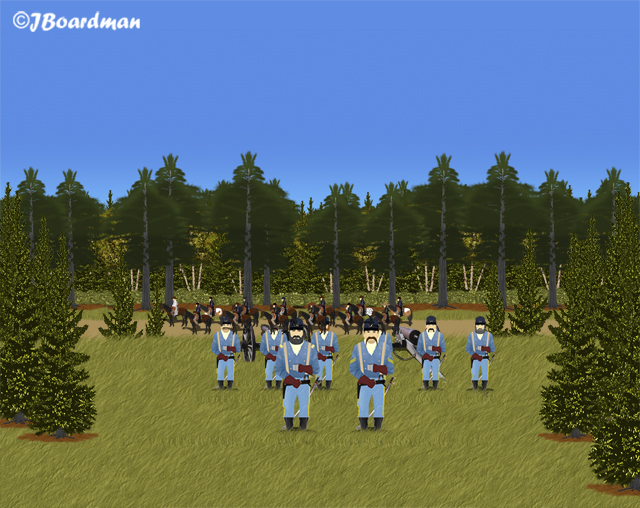 “We did our best, Lieutenant,” Sergeant Stern sighed, “This was just a too narrow an opening.”

“No problem, Sarge—I’ll take our cavalry and we’ll ride them into the dirt. You and your men return to the fort.”

Episode 2—Scene 3… Back on the North Road… James (Diamond Jim) Wilford & his men, along with Boomer, AJ, & Alphonso continued making their way towards Danger Bay, when Flutters appeared, “Friends are coming!” 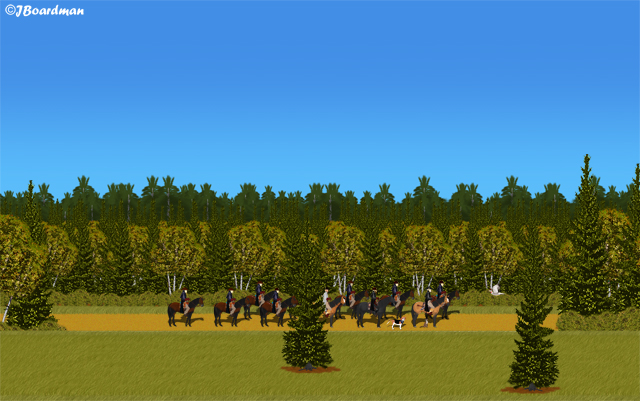 2 Responses to “You would think that, Joey.”