“Yes, Boss,” Mac rumbled, “First—place two 12pdr guns behind the gates—loaded with canister (often bits of chain, nails, and other small metal scraps), and when they come within 50 yards, open the gates and open-fire. Next—brigade a few a mixed-forces of Native warriors, militia, and posse-members to harass Bell’s units—hit & run. Give them no rest, wear them down and hurt their morale.”

“You heard the man,” Boomer ordered, “Chris? You take command of the Posse. You’ll be our scouts and light-cavalry.”

“Colonel Red Cloud? Form a ‘Legion’ along the lines of ‘Hampton’s Legion’ of Civil War fame, include the lumberjacks—they’ll make fine sharpshooters.”

“The lumberjacks are not riders, Captain, and move slowly by comparison—but their skills as marksmen should make-up for that.”

“Thanks, Mathias,” Boomer concluded the meeting, “Let’s get going!”

Season 17—Adventure 5—Present & Past—Episode 5—Scene 1… Outside Fort Wabanquot… Colonel Red Cloud, Captain Boomer and Master Sergeant Jerkovich met with Lieutenant Adams outside the fort, “Joey and I will return in an hour or so, Seth—get your defense preparations ready.” 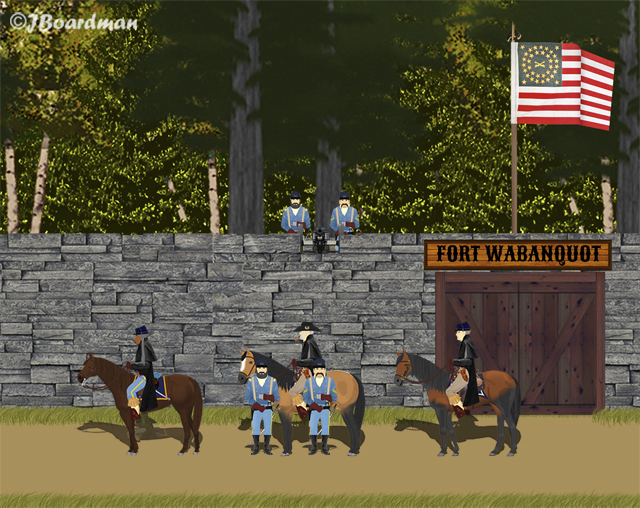 Adams returned into the fort and set-about his preparations, as the three rode-off.

“The young lieutenant appears to be shaping-up into a mature officer, Boomer.”

“He is, Mathias,” Boomer replied, “Especially after Joey took him to the woodshed, so to speak.”

“I bribed him with a home-cooked meal,” Joey snorted.

“Y’know, Joey,” Boomer replied, “I could use a little bribery.”

“Good luck with that.”

Episode 5—Scene 2… On the South Road… Chris and the Posse stopped on a hill overlooking South Road—soon a gaggle of Bell’s men rode-by, “Let’s take them out!” 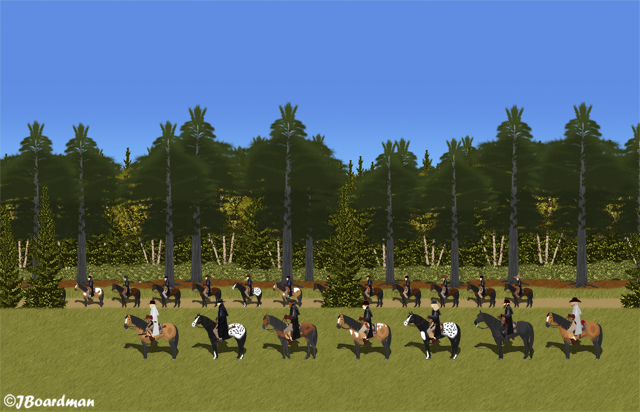 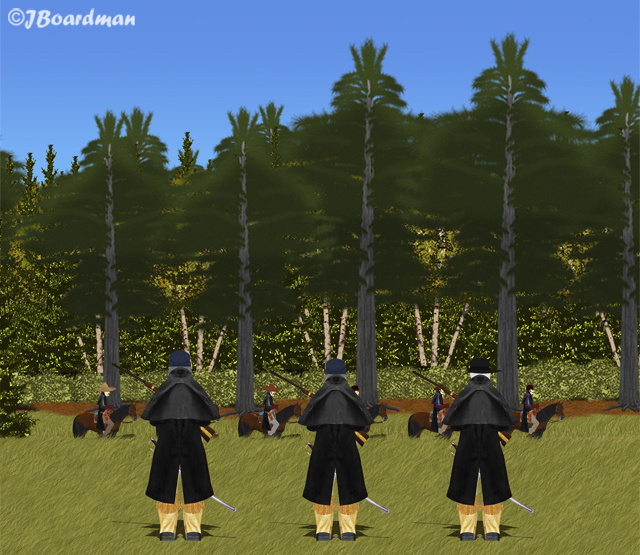