“In the flesh,” Jimmy replied, “And I bring four warriors with me—we wish to join you.”

“By all means,” Boomer replied, “But—it may be a suicide-mission.”

“But—it may be a suicide-mission.”

“Life, my friend, IS a suicide-mission—no one gets out alive.”

Boomer explained their orders and what Colonel Red Cloud expected—including their chances of surviving the mission.

“We know all that—and as you know; we too are time-travelers. Cujo will intercede and return us to the 21st Century before we left.”

Episode 1—Scene 3… At Colonel Milton Bell’s Headquarters… Colonel Milton Bell was with his commanders: Jay Johnson, Frank Smith, Jason Black & James Carlson and making plans—dangerous plans, for what be known as: “That battle of Moosehead County.”

And he proceeded to outline his nefarious plan…

Season 17—Adventure 5—BATTLE!—Episode 2—Scene 1… At Colonel Milton Bell’s Headquarters… “Seeing as how we’ve lost most of the men we recruited—through desertion and executions,” Colonel Bell said, beginning the meeting, “Do any of you have any ideas?” 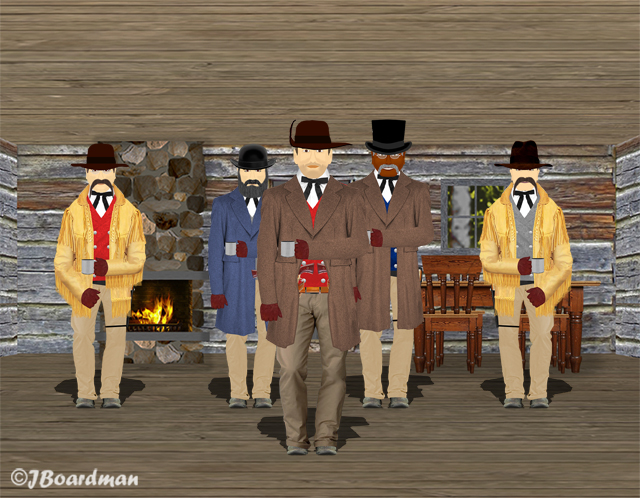 “Do any of you have any ideas?”

“Take out the fort, sir?” Major Frank Smith’s question was a bit tentative—he was certain of what the answer would be.

“No Frank—the fort is too strong for us to take at this time—but you knew that—right?”

“I think,” Major Jay Johnson offered, “We should each take our respective units and initiate hit and run attacks. We still outnumber them—reducing their number should pay-off in the long run.”

“I like the way you think, Jay,” Bell grinned, “We’ll do just that. Make your plans, gentlemen, and get back to me—quickly.”

Episode 2—Scene 2… Inside Fort Wabanquot… Lt. Seth Adams met with his sergeant, James Armstrong, “Jimmy, it’s time for us to make a plan.” 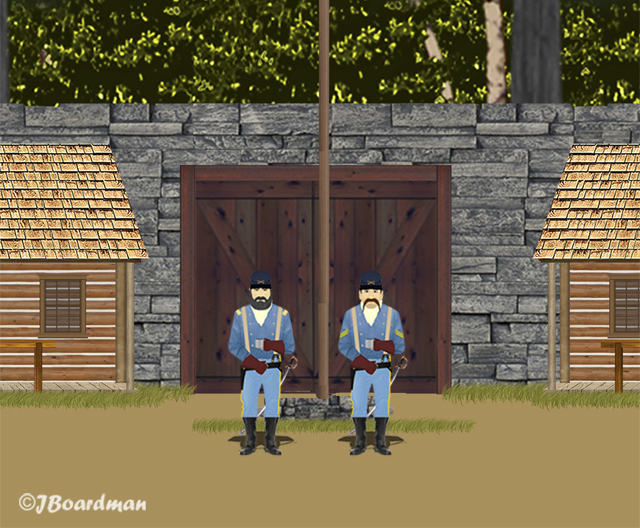 “Yes, we’re the only regular army stationed in Moosehead County, and we’re being left behind by Colonel Red Cloud—a MILITIA officer.”

“That’s true, Seth. What are you suggesting?”

“A mixed-race force is just wrong—Indians in Moosehead County control too much of the county. We need to change that and put them in their place.”

“I agree, Seth, what are you suggesting?”

“That we throw our lot with Colonel Bell.”

“That would be mutiny, Seth.”

“I think that Fort Leavenworth will side with us.”

“With Bell’s help, we’ll take over the county, Leavenworth be damned!”