PREVIOUSLY: Inside Fort Wabanquot… Lt. Seth Adams met with his sergeant, James Armstrong, “Jimmy, it’s time for us to make a plan.”

“Yes, we’re the only regular army stationed in Moosehead County, and we’re being left behind by Colonel Red Cloud—a MILITIA officer.”

“That’s true, Seth. What are you suggesting?”

“A mixed-race force is just wrong—Indians in Moosehead County control too much of the county. We need to change that and put them in their place.”

“I agree, Seth, what are you suggesting?”

“That we throw our lot with Colonel Bell.”

“That would be mutiny, Seth.”

“I think that Fort Leavenworth will side with us.”

“With Bell’s help, we’ll take over the county, Leavenworth be damned!”

They were on a trail high on a bluff overlooking the main road. A trail that neither Bell or any of his people knew existed.

“I suggest we stop and deploy here.”

“My horse senses other horses nearby.” 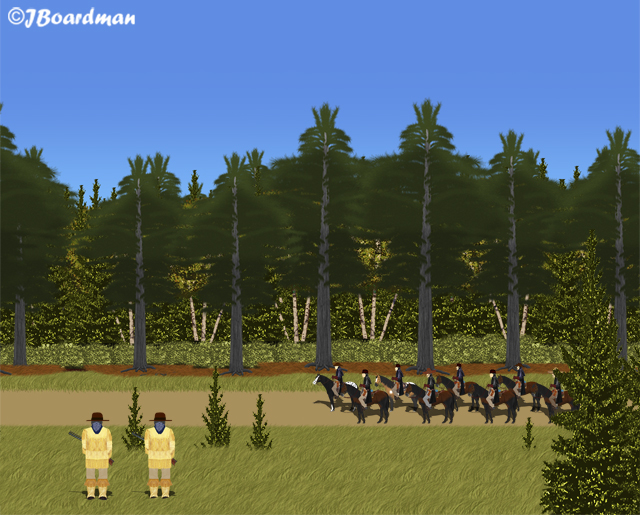 Milton Bell would wonder what went wrong when he didn’t hear from that star-crossed gaggle of bad-guys.

By the time he got around to wondering—he might just be realizing his plan wasn’t as good as his ego thought it was.

Episode 3—Scene 2… Several hours later… In Colonel Bell’s Headquarters… Col. Bell was alone in his hideout when he heard a knock on the door, surprising him—just a little, “May I help you?” 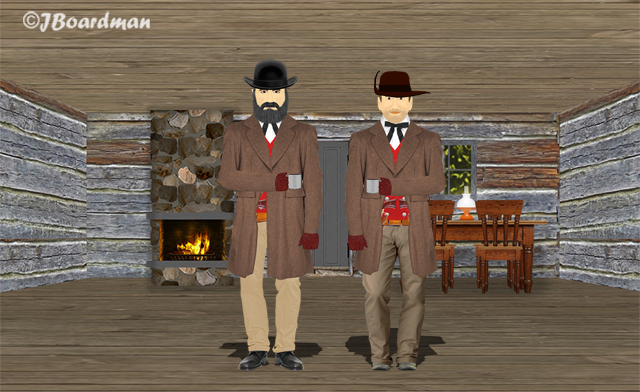 “My name is Adams, Lieutenant Seth Adams—and I have a fort and counting myself, ten experienced men willing to join you.”

“Interesting,” Bell replied, “How about we move into the fort?”

“You could—but understand the fort isn’t impregnable, it can be a trap.”

“Understood,” Bell replied, “I’m not without military experience—my rank of colonel was earned during the Civil War.”

“Perhaps we can meet at the fort and see what we can do to make it more secure as a base of operations.”

“We can,” Bell replied, “Tell me—WHY are you making this offer?”

“Because—this county is run by Indians.”

4 Responses to Too BAD—you LOSE!