“Continue to hit and run?”

PREVIOUSLY: Col. Bell was alone in his hideout when he heard a knock on the door, surprising him—just a little, “May I help you?”

“My name is Adams, Lieutenant Seth Adams—and I have a fort and counting myself, ten experienced men willing to join you.”

“Interesting,” Bell replied, “How about we move into the fort?”

“You could—but understand the fort isn’t impregnable, it can be a trap.”

“Understood,” Bell replied, “I’m not without military experience—my rank of colonel was earned during the Civil War.”

“Perhaps we can meet at the fort and see what we can do to make it more secure as a base of operations.”

“We can,” Bell replied, “Tell me—WHY are you making this offer?”

“Because—this county is run by Indians.” 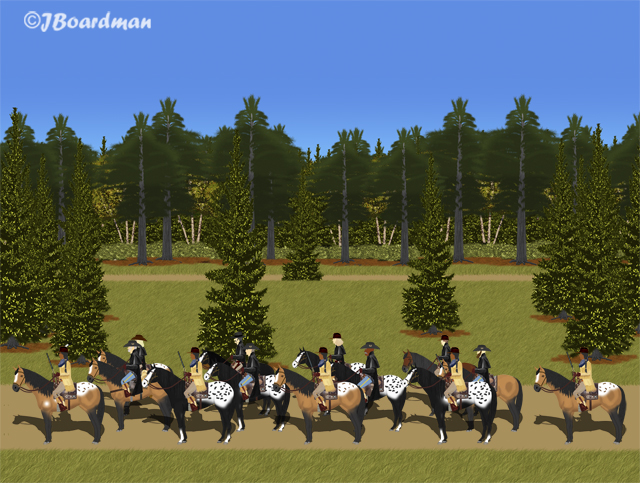 “Continue to hit and run?”

“Exactly,” Boomer replied, “Andy? You and your bunch leave Moosehead County and circle around to South Road and take care of any ‘business’ you can find.”

“Got it,” Andy replied, “We’ll do our best to lay a Custer result on them.”

“The remaining folks will go with me back to Danger Bay and hook-up with the lumberjacks and respond where needed. All three groups will make use of Flutters and our ghost critters—they’re our secret-weapons in this battle—one that should give us the edge we need.”

Episode 4—Scene 2… Inside Fort Wabanquot… Colonel Bell met with Lieutenant Adams in the fort commander’s office, “This is an impressive fort—thick granite walls impervious to any known artillery round and a nearly impenetrable forest behind it.”

“It is all that—but, it has weaknesses as well,” Lt. Adams replied, “It’s not populated by thick, granite soldiers. It has limited supplies of food & ammunition due to its small size—so it would fall rather quickly if under siege by a trained army.”

“Good that we’re not facing such an army.” 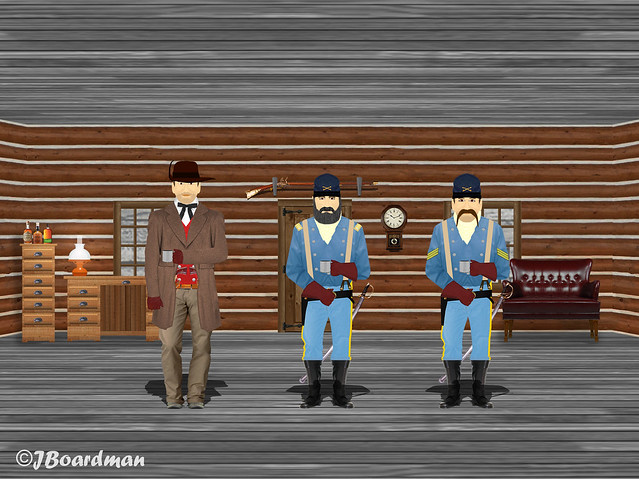 “Good that we’re not facing such an army.”

1 Response to “Continue to hit and run?”