PREVIOUSLY: Episode 6—Scene 2… On the Road to Danger… “Speaking of the devil—FLUTTERS!” 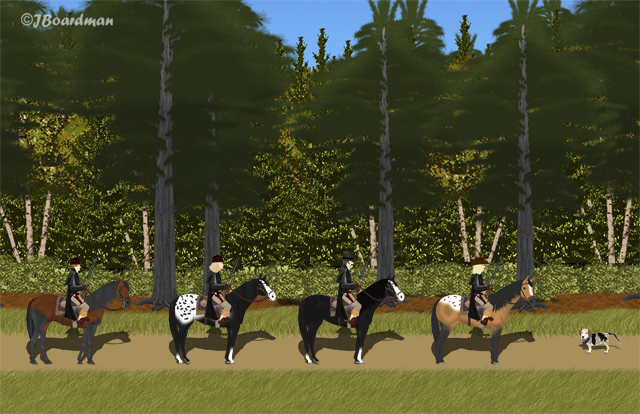 “Yes,” Cleo replied, “Riders, at least 20, are approaching at the walk. You need to get in position quickly!”

It didn’t take long for them to find a spot on a hill overlooking the road, “Let’s take a position on that hill!”

“Good location, Wyatt,” Linda replied as they rode up the hill and dismounted.

The riders cooperated by not noticing our heroes on the hill above.

They were too busy not noticing. 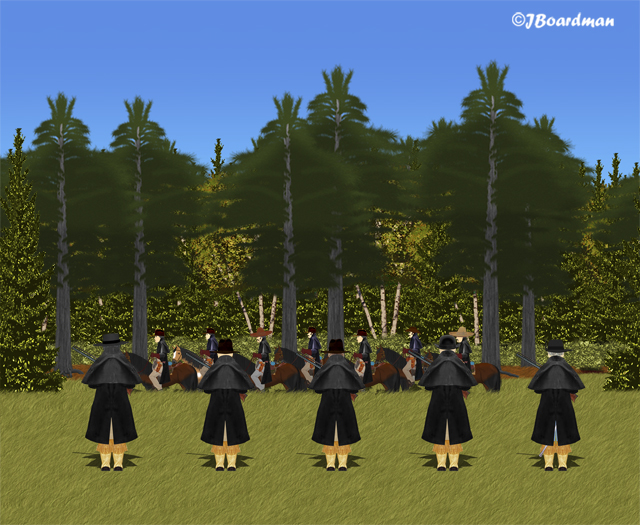 They were too busy not noticing.

That was a good thing for the Posse, as they opened-fire on the poor bad-guys.

The bad guys were too busy getting killed to complain. Bell, however, was counting on those hapless, unfortunate, bad guys to add to his force.

Then again—Bell had many more scheduled to arrive in Moosehead County.

Episode 7—Scene 2… Outside Fort Wabanquot… Colonel Bell greeted another gaggle of never-do-wells as they rode-up to the fort, “I guess you’ll have to do.” 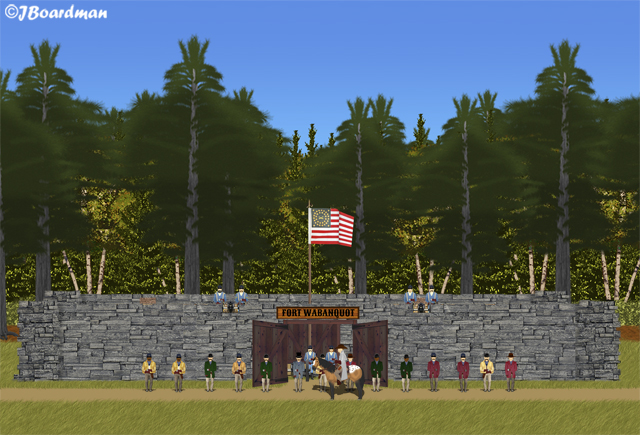 “What’s that supposed to mean?” the riders’ straw-boss asked, sounding as tough as he thought he was.

Bell’s gun was out and pointed at that never-do-well’s head, “One more word—and you die.”

The man was just smart enough to hold his tongue.

That saved his miserable life—for the time-being—at least.

Bell made the decision to draw the attention of the county’s defenders to the fort.

He would have Lt. Adams send-out the word that the fort is being besieged by outsiders and needs help—lest it would-fall into the hands of Bell’s army.

He positioned some of his available men in the forest surrounding the fort—and waited with fifty men, including the turncoat cavalrymen inside the fort.

He positioned some of his available men in the forest surrounding the fort.

Those men—although they didn’t realize it—were to be sacrificed in the defense of the fort.