PREVIOUSLY: “It appears we’re in the clear.”

“Don’t be too certain,” Bell replied, “They’ve managed to find us every time we thought we’d evaded them—and I haven’t a clue how.”

“Where are we headed, boss?”

“Isn’t that where Bill Hickok hangs out?”

“So how do we pay for lodging and food?”

“I have a very-good memory and can count cards without being caught. And—I won’t play at the same table as Hickok.”

“I don’t know, boss,” Rufus replied, “We still must get out of Moosehead County.”

“Just another mile to go.”

He should have looked up and behind them…

Season 17—Adventure 6—The Search—Episode 2—Scene 1… Somewhere in Moosehead County… Bell didn’t know he was followed. Why would he? 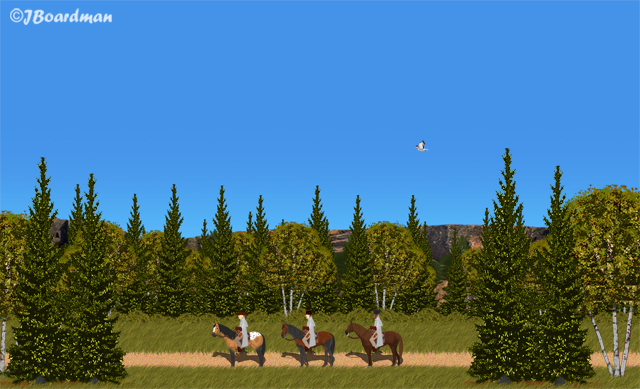 “Boss—I’m so glad we made it out of Moosehead County!”

“Now to get to Deadwood,” Bell replied, “This whole experience in Moosehead County makes me question the wisdom of following Juco’s advice.”

“Did he suggest Deadwood?”

“No. He suggested Duluth.”

Rufus was not a very bright person, “Duluth is a big town. We could easily hide on the waterfront.”

“Leave the decisions to me, Rufus.”

“You will find far more ‘ladies’ like Blanche in Deadwood than in Duluth,” Bell replied—now thinking he should reconsider what he just said, “On the other hand—a good woman is hard to find.”

“You mean we’re stopping in Duluth.”

“Sure—why not?” Bell replied—thinking Rufus might just find his way to the floor of Lake Superior.

He smiled at the thought. 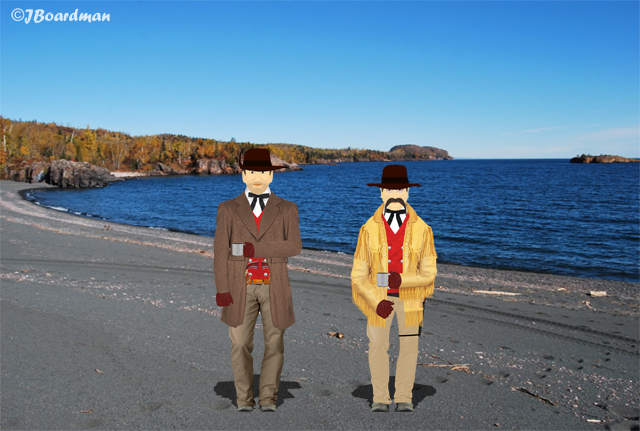 From there they’d take another train to Deadwood.

Episode 2—Scene 3… Inside Fort Wabanquot…  Lt. Seth Adams & Sgt. Will Hutchinson, the only two survivors (save for the two who vanished) had been captured—and were now being interviewed (some might say, “interrogated”) by Wyatt & Chris Earp.

They didn’t hold-out long before telling all.

1 Response to Why would he?