PREVIOUSLY: “What can I do for you, Mr. Bell?” Juco asked.

“Perchance change my identity and appearance?”

“I suppose that along with that you wish a completely new history as well.”

“That would be helpful—as long as my memory remains intact.”

“Will this appearance do?”

Milton Bell found himself standing—next to himself.

And with that, Milton Bell was no longer himself. 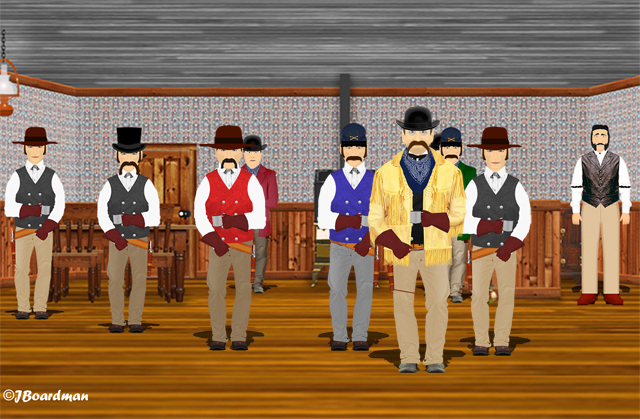 Just these three—he didn’t want to make the same mistakes he made in the past—and the three he hired had impeccable references from the bartender.

It’s not like men were sending-out resumes of their criminal experience for consideration.

“How do you reckon what is gainful?” McCoy, the straw boss of the three asked, “We don’t work cheap.” 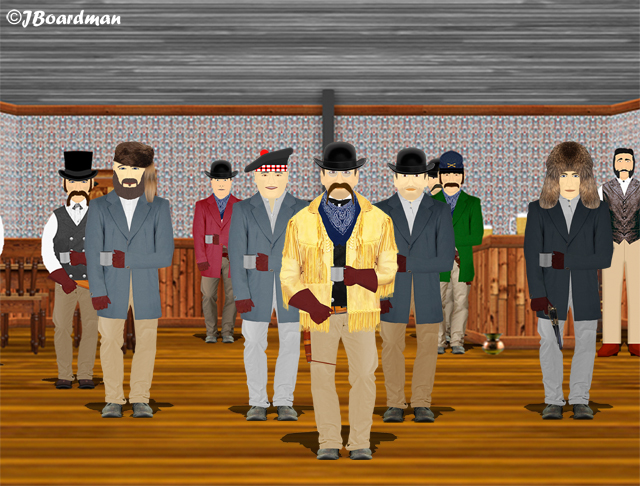 “How do you reckon what is gainful?”

“We all get the same cut of any profit we earn,” Jones replied, “How we earn that is not something I will not discuss here.”

McCoy moved towards Jones—Jones drew his sidearm, “Yup—not very smart at all.”

Episode 2—Scene 3… Three weeks later… Inside the Posse HQ in Danger Bay… All the Posse were in attendance—including the Ghost Critters & Flutters, “Ideas anyone—Flutters?” 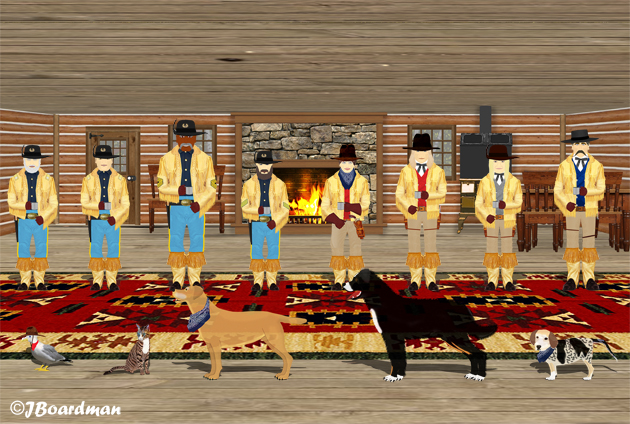 “No ideas,” Flutters replied, “Other than our usual operation—ghost critters can move faster than anyone else in the Posse. We should use that to our advantage.”

The Posse-members were stunned to silence—Flutters said something that made perfect sense!

“Pack for a long ride,” Captain Boomer said, “No tracks for the Adventure Train.”

“Do you think they’re a long way off?” Linda asked.

“I don’t know, Cousin,” Boomer replied, “But—we should be prepared.”