PREVIOUSLY: All the Posse were in attendance—including the Ghost Critters & Flutters, “Ideas anyone—Flutters?”

“No ideas,” Flutters replied, “Other than our usual operation—ghost critters can move faster than anyone else in the Posse. We should use that to our advantage.”

The Posse-members were stunned to silence—Flutters said something that made perfect sense!

“Pack for a long ride,” Captain Boomer said, “No tracks for the Adventure Train.”

“Do you think they’re a long way off?” Linda asked.

“I don’t know, Cousin,” Boomer replied, “But—we should be prepared.”

Season 17—Adventure 7—The Fugitive—Episode 3—Scene 1… About the same time, on the road in Flyspeck, Minnesota… “Where are we going, Boss?” 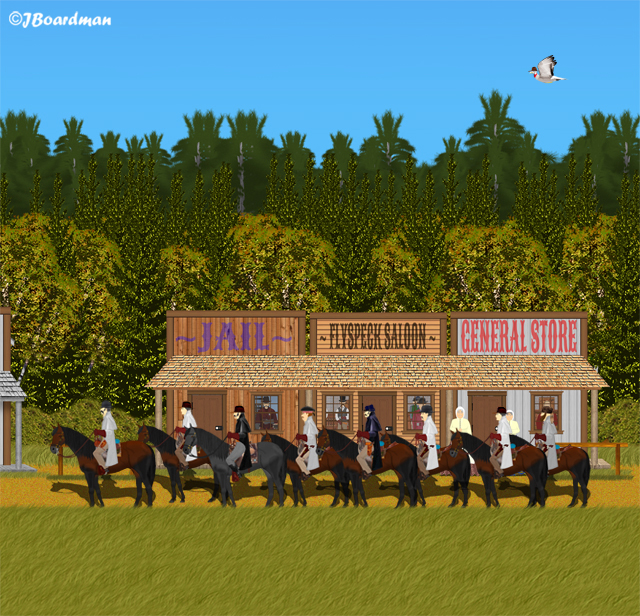 “Where are we going, Boss?”

“We’re circling around Moosehead County towards Grand Marais, Jason,” He replied, “If our pursuers are anywhere nearby, they won’t expect us to be so close.”

He was correct. Partially.

Andy McCoy and Jason Cooper were undercover operatives and friends of Carstairs and they were being observed by Flutters.

Jason Cooper and Andy McCoy glanced at one another and smiled.

What could possibly go wrong? 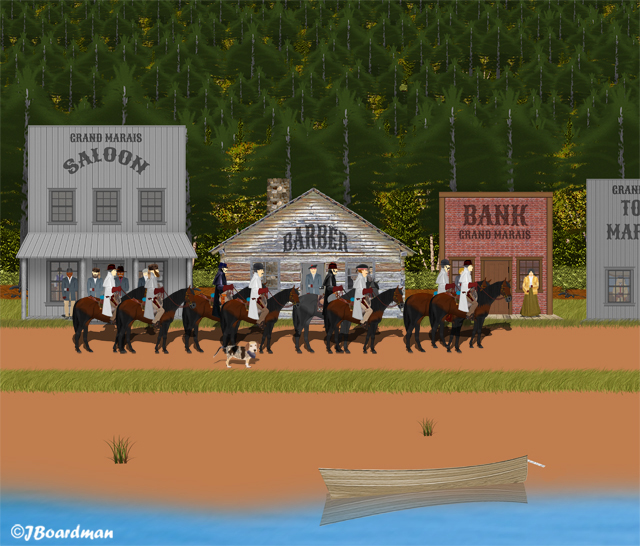 “You fellas wait here,” Jones ordered, “Burr and I will go inside. Keep your eyes peeled for lawmen; if any get interested in the bank—kill them.”

Episode 3—Scene 2… Inside the bank in Grand Marais… Jones and Burr sauntered into the bank and waited patiently for the two citizens already there to complete their business.

“Okay, Cyrus, I’ll see you next month on payday.” 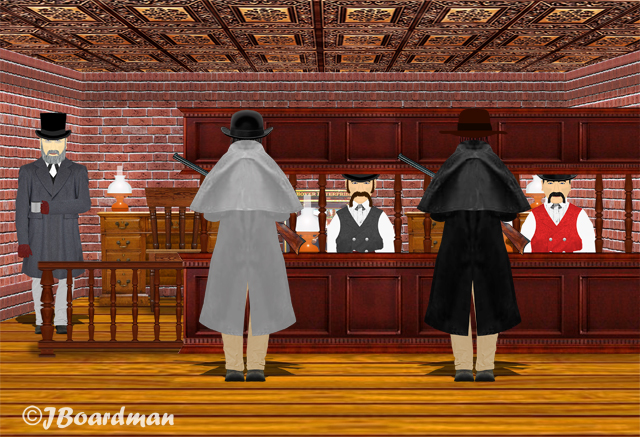 “Okay, Cyrus, I’ll see you next month on payday.”

“Yah-sure, Ralph. Give the missus my best,” Ambrose the teller replied.

After Ralph left the bank, Ambrose turned to Jones and Burr, “May I help you?”

“Yes,” Wilson Jones replied, “I’d like to make a withdrawal.”

Jones drew his revolver, “It’s Colt, Samuel Colt, and I’d like withdraw all the money you have in this bank—please.”

“I beg your pardon—all the money?”

“Yes, a home-improvement loan,” Jones replied, “If you wish to survive our visit.”

Ghost-critter Cleo, who had been observing the transaction, immediately transported herself to the Posse HQ in Danger Bay, “Jones is in Grand Marais—robbing the bank.”

“Perhaps not,” Chris replied, “This may be a misdirection ploy by James.”