“Aw, nobody can be both fast and accurate…”

PREVIOUSLY: Outside a hidden (by Juco) location… The eight new recruits arrived—there were no spies among them—too bad for the good guys.

“How do,” Cletus Smith, the boss of the recruits said as the entered the cabin, “I reckon I’ll be taking this operat…”

He didn’t finish—Posse-spy Cooper drew his Remington .44 and placed a hole in his head—thus earning the gratitude of Wilson Jones, “Thank you Mr. Cooper.”

Cooper looked-over the remaining recruits, “Anyone else?”

There were none among the survivors who wished to follow Smith’s lead.

“Gentlemen, welcome,” Wilson Jones said, “You were invited here because our enemies are not only fast on the draw—but deadly-accurate shootists.”

“Aw, nobody can be both fast and accurate,” Rex Thomas replied.

“Aw, nobody can be both fast and accurate…”

“They can and are both fast and accurate—I’ve lost several quick-draw artists to their skills.”

“Ya think?” Jones replied as he drew his Colt and shot Thomas dead, “Anyone else?”

Episode 5—Scene 2… Inside the Posse HQ… Flutters & Kai Braveheart arrived together, and Flutters reported, “They’re in Lake County about fifty miles away.” 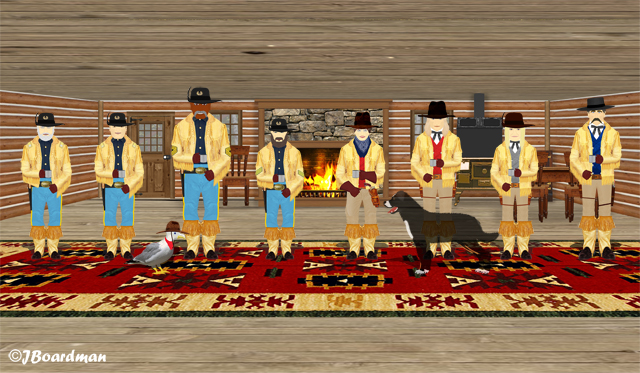 “They’re in Lake County about fifty miles away.”

“Maybe not,” Joey replied, “Perhaps we should have our ghost critters follow them.”

“And let us know where they’re going?” Chris asked.

“I wonder where Coo-Coo¹ might be…” Boomer thought out loud, “We haven’t seen her for a very-long time.” 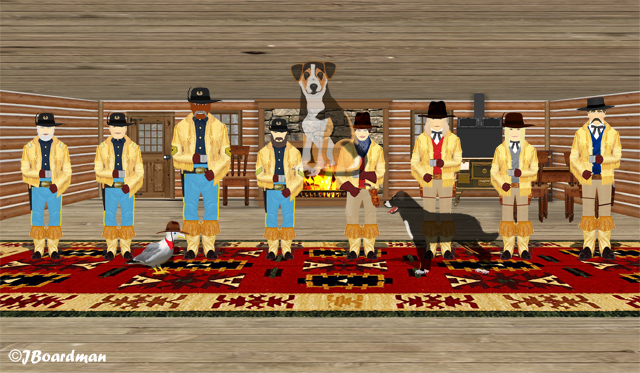 “I’m here,” Coo-Coo announced her arrival, “I’ve been a bit busy lately in the Great Beyond—as Tiger-Lily was on vacation.”

“Yes, Alpha-Jack—Keepers of the Gate get vacations.”

“The Keepers of the Gate?”

“You have your work cut-out for you,” Coo-Coo said, “You’ll be heavily out-numbered—Juco has been sending many outlaws to Jones—and your spies may be revealed.”

¹Cujo’s new name—we do NOT want to tick-off Stephen King—right?”

2 Responses to “Aw, nobody can be both fast and accurate…”