Posted on September 3, 2018 by Jack Boardman

“Ah—Sergeant Boardman,” What may I do for you?”

“Check your telegraph—you’ll find your orders from Brigadier-General Foster.”

Justin was generally considered a good officer—but not always quick to check-in with his sergeant for messages—and the sergeant isn’t the brightest oil-lamp in the room.

Justin checked the messages and the completely embarrassed captain soon ordered his troopers to mount-up, “Take the lead, Sergeant.”

Episode 7—Scene 3… Meanwhile, Wilson Jones’ army was on the move… As far as the eye could see (or—the limits of my image—GENTLE READER™) they rode towards Moosehead County.

Season 17—Adventure 7—The Fugitive—Episode 8—Scene 1… At an undisclosed location some miles from Jones HQ… Their number was just shy of one-hundred—and at other times—a bit more than one-hundred.

This was due to the “hit & run” tactics of the Posse and their allies—thanks to Flutters and the Ghost Critters.

Yet—they persisted. The penalty for not persisting was death. 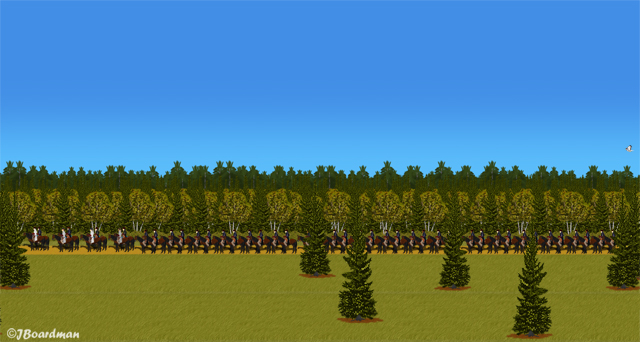 Yet—they persisted. The penalty for not persisting was death.

Jones rather expected they’d be harassed and invoked his death-sentence every so often to place an exclamation-point on his orders.

Episode 8—Scene 2… Along the road to Moosehead County… Jones’ men suffered several attacks by the Native and Fort Wabanquot troopers (as well as Posse members) along the road.

His force had been reduced to less than seventy men—still well more than Moosehead County could muster.

Jones remained confident, “Well, Mr. Cooper, do you think that’s all they have?”

“No Colonel, I don’t,” Posse spy Cooper replied, “But—it was probably the strongest attack they can muster.”

“But we may still have hit and run attacks?”

Fortunately—the denizens of the county were also preparing. 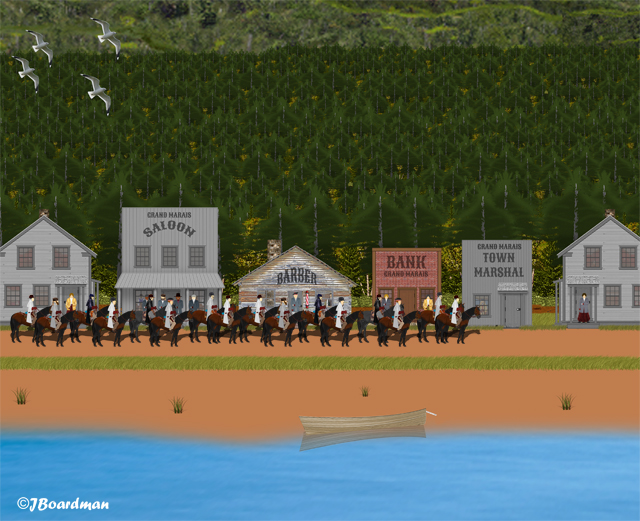