Posted on September 5, 2018 by Jack Boardman

PREVIOUSLY: Jones’ men suffered several attacks by the Native and Fort Wabanquot troopers (as well as Posse members) along the road.

His force had been reduced to less than seventy men—still well more than Moosehead County could muster.

Jones remained confident, “Well, Mr. Cooper, do you think that’s all they have?”

“No Colonel, I don’t,” Posse spy Cooper replied, “But—it was probably the strongest attack they can muster.”

“But we may still have hit and run attacks?”

Fortunately—the denizens of the county were also preparing.

Season 17—Adventure 7—The Fugitive—Episode 9—Scene 1… The Village of Danger Bay… The villagers—suspecting they’d be the first target in the sights of Jones—fortified the village with sandbags. 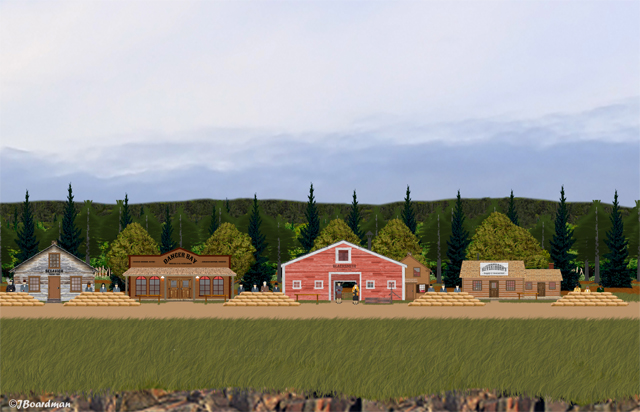 Jones & company rode into the village—too late they noticed the sandbags manned by the villagers. And too—they didn’t see the Posse & Native allies arranged on the lakeside of town.

The villagers opened-fire—followed immediately by the sharpshooters on their flank. 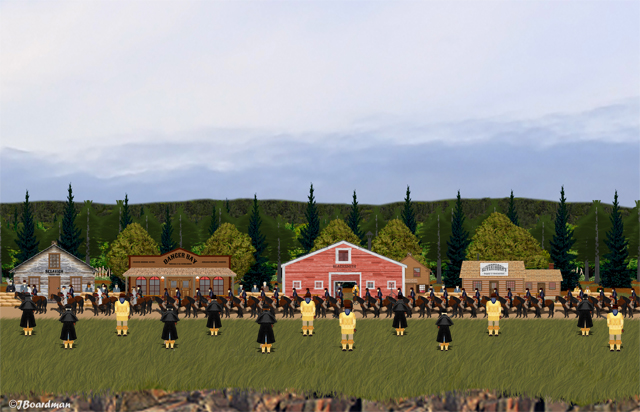 Jones & company rode into the village

The battle raged for nearly an hour and the best they could do was the wounding of two villagers. 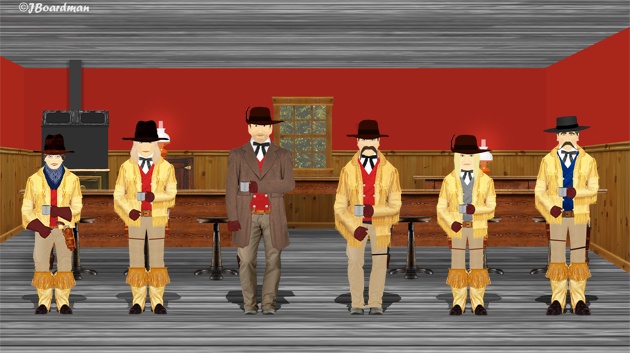 “Mister Jones,” Jason Cooper smiled, “It is my great pleasure to place you under arrest for multiple murders.”

Episode 9—Scene 3… Inside 21st Century Silverthorn’s Café… The Posse appeared suddenly—much to their collective surprise, “What are we doing here?” 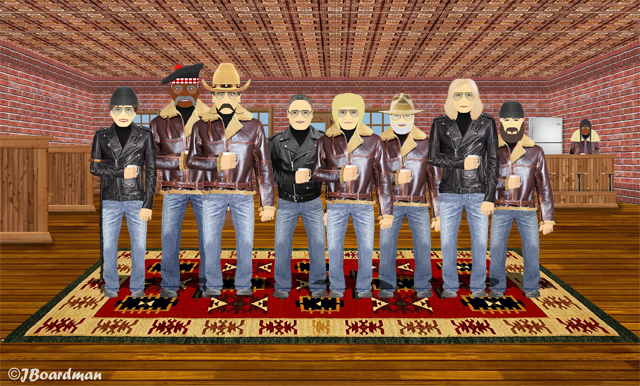 “I haven’t a clue, Joey,” Debra replied, “But—it WILL be nice to have hot, running water!”

“But,” Boomer asked, “What happened to Jones, ultimately?”

“We can check the history of Danger Bay at the library,” Linda suggested.

“Or—we can enjoy long nap, which I’m planning to do as soon as I get home.”

“I’m thinking breakfast,” AJ was checking-out the menu, “Then a nap.”

“A Silverthorn Café breakfast would be a perfect way to celebrate returning to this century,” Mac grinned, “Ham & eggs with a side of hash browns, please—eggs scrambled.”

THAT sounds pretty-good to me, GENTLE READER™!

This ends another RIVETING ADVENTURE—But our story?  Our story will be Continued…

3 Responses to They were indeed—prescient.