Posted on September 7, 2018 by Jack Boardman

PREVIOUSLY: Episode 9—Scene 3… Inside 21st Century Silverthorn’s Café… The Posse appeared suddenly—much to their collective surprise, “What are we doing here?”

“I haven’t a clue, Joey,” Debra replied, “But—it WILL be nice to have hot, running water!”

“But,” Boomer asked, “What happened to Jones, ultimately?”

“We can check the history of Danger Bay at the library,” Linda suggested.

“Or—we can enjoy long nap, which I’m planning to do as soon as I get home.”

“I’m thinking breakfast,” AJ was checking-out the menu, “Then a nap.”

“A Silverthorn Café breakfast would be a perfect way to celebrate returning to this century,” Mac grinned, “Ham & eggs with a side of hash browns, please—eggs scrambled.”

THAT sounds pretty-good to me, GENTLE READER™!

Season 17—Adventure 8—The Fugitive 21st Century—Episode 1—Scene 1… Writer’s Notes… What happened to Jones? There’s the question—yet to be answered. 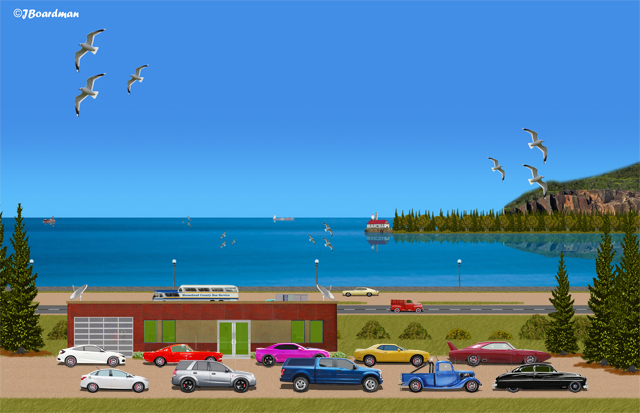 Perched on a bluff high above the bay (of Danger Bay), the new HQ is invisible from the highway below.

The NEW Posse HQ Interior, with Sheriff’s deputy Melissa Smith assigned to operate the Headquarters and serve as the Posse’s dispatcher. 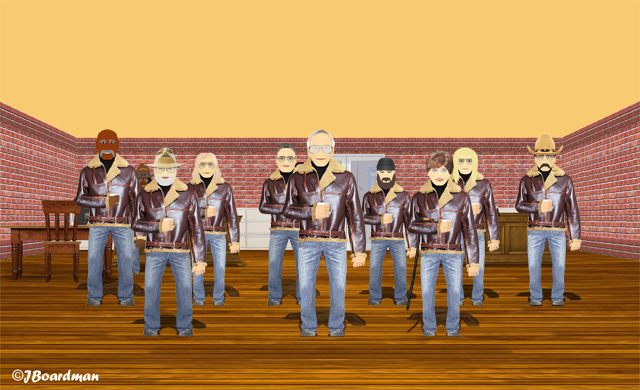 Equipped with the latest communications systems—there is also room in the garage for all the members’ vehicles & motorcycles when they’re not in use.

“You’d best make no mistakes this time around Mister Johnson,” Juco™ said, “Fail me this time and your continued existence WILL be in doubt.”

2 Responses to He transported them to Johnson’s hideout.