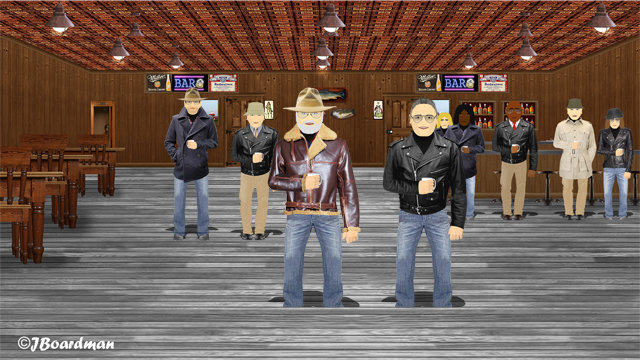 “I agree, Joey,” Boomer grimaced, “Let’s not be drawn into a fight—I’m too old for that shit.”

As it turned-out, the patrons were engaged in friendly banter, and their quarry were doing their best to fit-in.

Our heroes played-along—something that came naturally for Joey.

Not so much for Boomer.

Episode 6—Scene 2… Ralph & Linda parked in the Lakeside Café parking-lot… They were only there long-enough to see an old white Ford slow-down and turn into the parking-lot, “Should we go inside?” 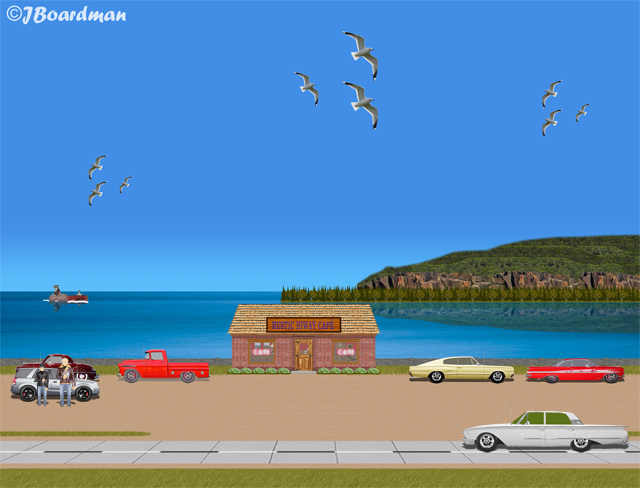 “Should we go inside?”

“I think we should, Linda—I could use a cuppa.”

It soon became apparent that no more folks were coming—so they went inside.

They both ordered a tea and just listened.

The men they followed soon began asking the bar-flies if any were unemployed and were looking for a job.

Two of the men said they were looking—and they went off into a corner and met with the men.

Neither of our heroes could hear what was being said without moving closer—too bad Kai-Braveheart wasn’t with them. 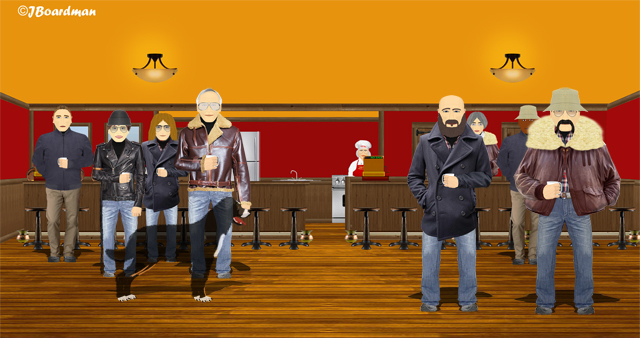 Kai listened-into the conversation for a few minutes and learned just enough to report back, “They’re looking for recruits willing to kill if necessary.”

“Perhaps we should volunteer,” Ralph joked.

“There’s an idea,” Linda rejoined, “We haven’t held a real job for some time.”

Episode 6—Scene 3… Outside Benson’s Motel… Wyatt & Chris were just about to turn into the Benson’s Motel parking lot when an old Ford pick-up truck pulled-out directly in front of them. Wyatt reacted quickly and slowed—just enough to let the truck pull ahead of them—safely. 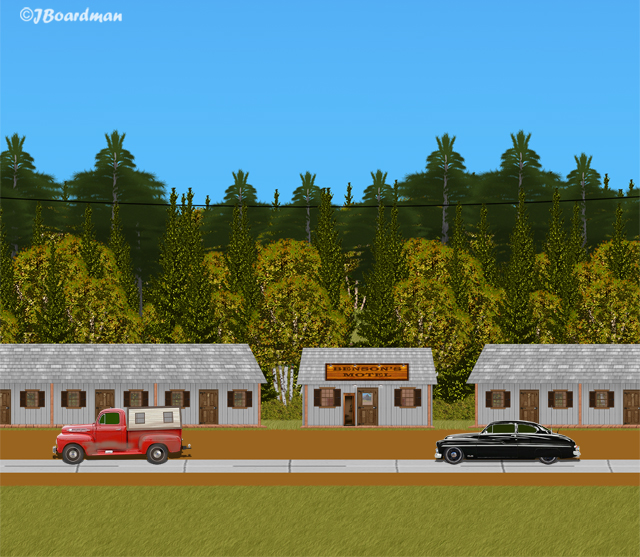 The men in the truck didn’t notice—they were too busy discussing their orders.

Chris Earp had a very-wide—and wicked smile—on her face as they fell-back just enough to follow safely, and not give their quarry any hint that they were being followed.