“I agree, White Dove,” Collie replied, “We never tire of this view of the harbor.”­­

Merle looked around the property for a while—before commenting, “It’s very secluded here.”

“It is that,” Mac grinned, “We don’t need the security cameras—as this is a dead-end road and no one drives on it—at least not very often.”

“May we see the inside?” White Dove asked.

“Of course, c’mon in,” Collie replied.

Episode 10—Scene 3… Inside the McIntyre cabin… After a tour of the cabin, White Dove exclaimed, “This is spectacular!”

“Thanks, White Dove,” Collie replied, “We had the time to put a lot of thought into our building plan; as we were in no hurry to leave the Cabin-on-the-Rock.”

“Thank you, big-brother,” Merle added, “We really appreciate the place to live.”

Season 17—Adventure 8—The Fugitive 21st Century—Episode 11—Scene 1… Inside the Earp’s motel room… There was a knock on their door—it was James Braddock.

“We’re shutting-down our operation here in Moosehead County,” He said without preamble, “It seems the locals have overheard some of our—how shall I say it—less circumspect associates—discussing their business and drawing the attention of the county sheriff.” 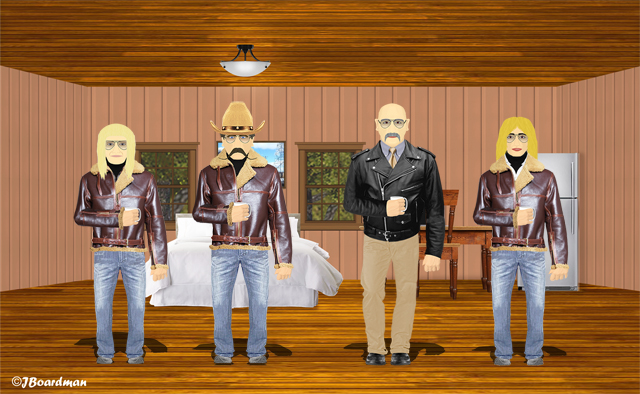 “That really doesn’t matter anymore—they’re dead,” He replied, “Besides you, I’m keeping Mr. Smith and his wife, LaDonna, and Jesus Valdez—they will be working with me at my ‘legitimate’ business.”

“Why are you keeping us?” Wyatt asked.

“Because—after checking your references, I learned that you are universally well-regarded in the county—nobody will suspect anything different about you.”

“That’s probably true,” Chris agreed, “We are quite well-off financially and don’t have to work for a living—perhaps we’ll take an extended vacation.”

“Why Mr. Braddock—that’s none of your business.” 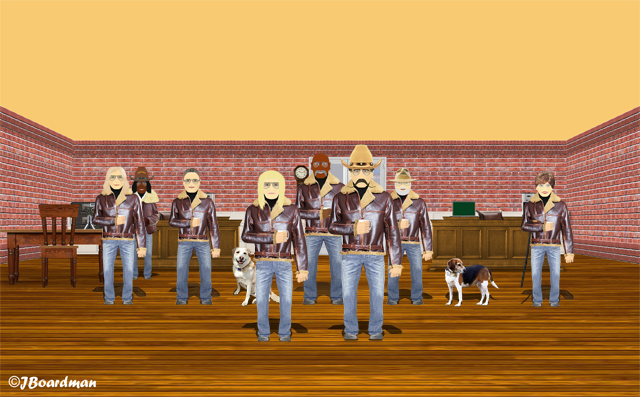 “Apparently some, now late, members of his gang were a little too careless in their conversations—they paid with their lives.”

“I think I’d like to visit Pine County, and my uncle’s old farm—I hear it’s for sale,” Boomer said, “If the price is right—I may just buy it.”

“You?” Linda cracked-wise, “A gentleman farmer?”

“See if you get an invitation, Cousin!

2 Responses to “Mister Braddock is ending his quest—for now.”