Previously:  Our heroes found they had their work cut-out for them.

Although not in terrible condition—the former owner left a lot of furniture and personal belongings behind. Several pick-up loads were delivered to second-hand stores—and a few to the local recycle center.

Boomer Mac & Merle loaded their trucks several times before all the previous owner’s belongings were gone from the house.

And now—everyone was beyond hungry—they headed for Moose Lake for lunch.

Season 17—Adventure 9—VACATIONS—Episode 3—Scene 1… Moose Lake Minnesota…  All but Merle and White Dove (who rushed off to start their vacation) went to the “Lazy Moose” Restaurant for breakfast. 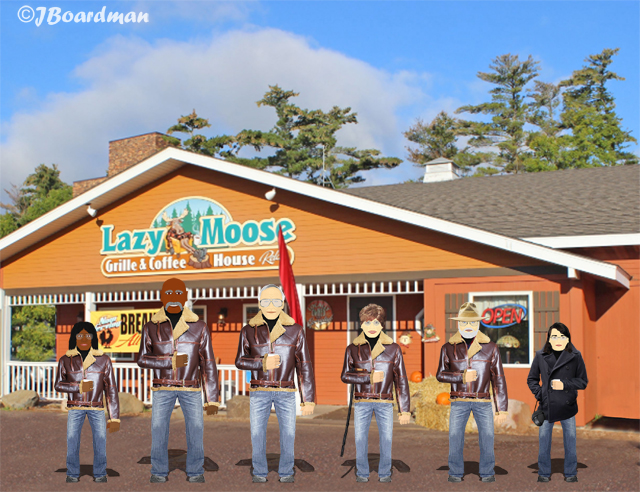 “As good as Dad used to cook,” Boomer said remembering what a great cook his father had been.

“It is certainly better than your breakfasts,” Teresa rejoined, “Tasty Puffs” cereal is hardly gourmet.”

“What more needs to be accomplished?” Linda asked.

“Nothing, really,” Teresa replied, “Thanks.”

After breakfast everyone headed-out to enjoy their time off—each in their own way.

Mac & Collie decided to spend some time in their condo in St. Paul—and renew friendships at the coffee café.

Ralph and Linda headed for Chippewa Falls to ger reacquainted with Irvine Park.

Joey was already risking his neck on the Amazon River.

Scene 2… Rochester Minnesota… Debra set-out on her vacation—riding through Rochester on her way to I-90. It felt good to be riding after all they’d been through. 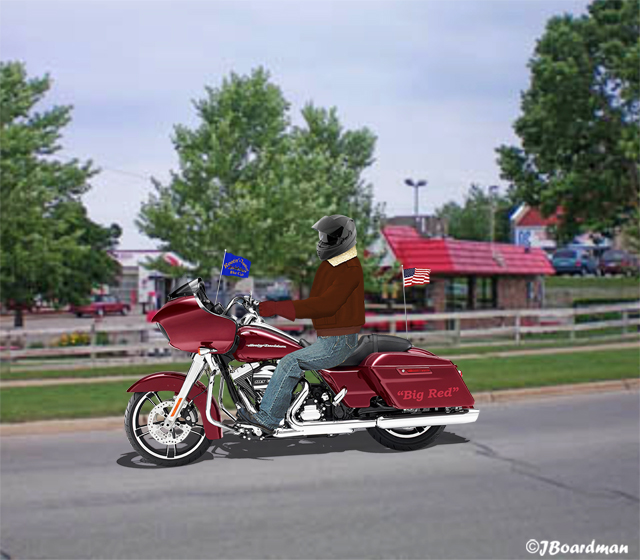 Debra set-out on her vacation

Riding her Harley was just the cure for what she had been through—the sound of her bike’s engine was somehow comforting.

What she didn’t know yet—was what was in store for her down the highway.

If she did, she may have reconsidered taking a road trip.

Scene 3… St. Paul, Minnesota… Inside the McIntyre Loft… “It’s good to be home.” 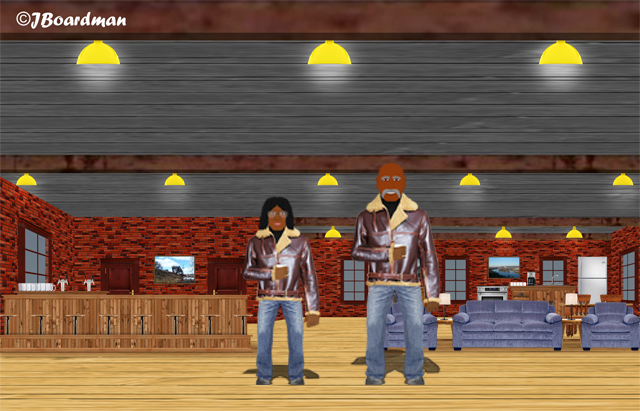 “It sure is, Carl,” Collie replied, “Danger Bay is a great place to visit—but the ‘adventures’ we have can be a bit—scary!”

“They certainly can,” Mac replied, “After we rest a bit, we could stop by the Codger Café and catch-up with Medford & Jay.”

“That would be lovely, Carl,” she replied, “It’s been too long since we’ve seen those two.”

“So,” Mac began, “What would you like for dinner, Collie?”

“I figured as much.”

1 Response to They were not disappointed.