PREVIOUSLY: “What do you want us to do, Boss?”

“Just observe for the time being, they’re way too dangerous for you guys to handle alone—I’ll send help your way,” he replied, “Keep me informed on their activities—they don’t know you, so strike-up a conversation if the opportunity presents itself.”

“I thought you’d still be fussing with you farm,” Mac greeted.

“We’re done for the time being,” Boomer replied, “We needed to get back home.”

“Our Saint Paul homestead suffers from a little neglect,” Teresa added, “Well—actually a lot of neglect.”

“We can always find time for old friends,” Boomer grinned, “And a break from HOME-work!”

“And too, we’re both exhausted,” Teresa added.

“So, you Codgers™ finally re-opened the café—it’s been sorely missed since our Active Rain departure.”

“It was time, as our Lakeview City operation is running smoothly, we could return here,” Medford added.

Meanwhile—things are getting serious back up north in St. Louis County… 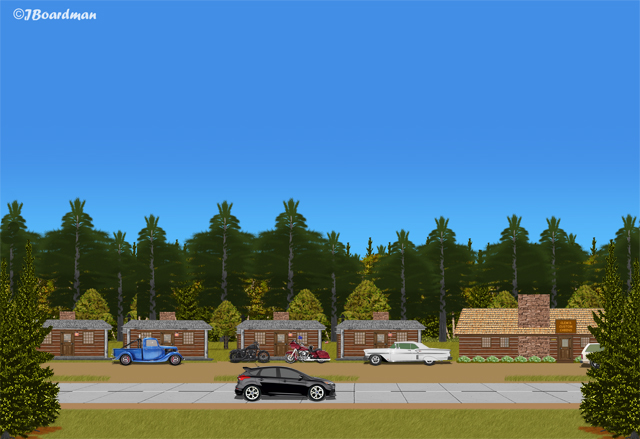 “I see it, Don,” McLintock replied, “We’ll register at the desk—and act like we don’t know those losers Johnson & McCoy.”

Episode 8—Scene 2… Clem’s Custom Cabins Office… “We have reservations for four, all in one cabin under the name McLintock.” 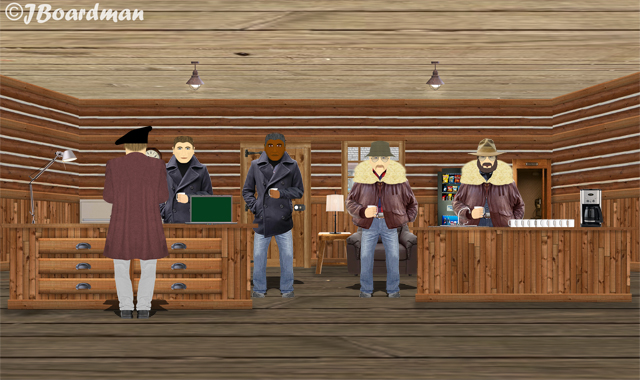 “We know,” McLintock replied, “Some of us will sleep on the floor, if necessary.”

The fact of the matter is that they had no intention of spending the night. They expected to finish their assignment and be miles away long before nightfall. 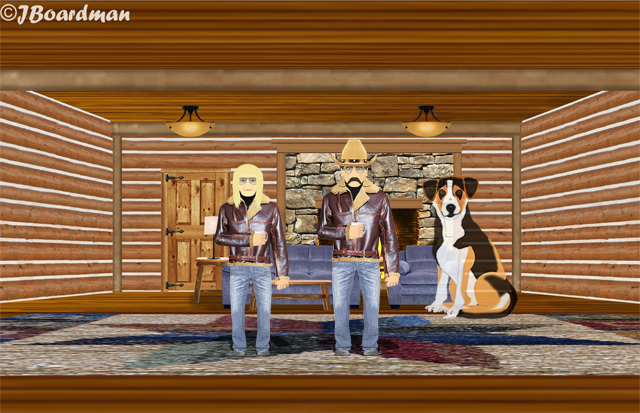 “You must gather everyone and head for Danger Bay—NOW!”

“But—I thought we were in the REAL WORLD!”

“This IS your real world,” Cu-Cu replied.