PREVIOUSLY: More marshals and deputy sheriffs left Moosehead City to assist with the search. Sadly, there were not enough law enforcement folks in the entire county to cover all the highways and back roads.

Sheriff Silverthorn did the best he could—and the searchers were very thorough.

The one place they didn’t drive by was Braddock’s Enterprises.

“Where should we look?” Michaels asked.

“Yes—as a matter of fact, I do have a recommendation,” he replied, “The Blue Swallow Motel out on County Road 5—I’ll make reservations for you and your team.”

THAT—was a good thing, as the deputy was looking-for them when he got a call to respond to a serious accident on Scenic Highway 61. 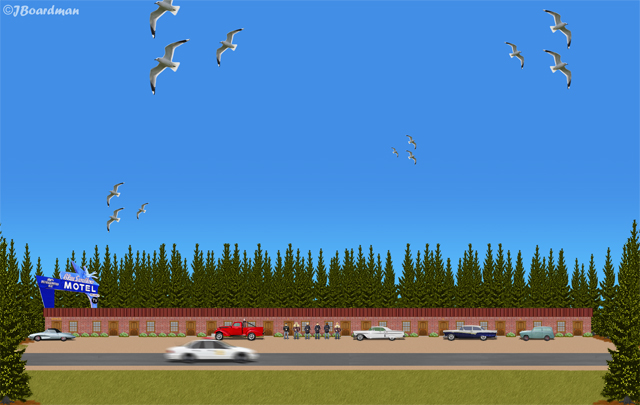 “Okay, fellows,” Jesus Valdez instructed, “You each fan-out around the county—check all the back roads.”

“Who goes where?” McCoy asked.

“C’mon into my cabin and we’ll set-up a search plan.”

Episode 10—Scene 2… Inside the Posse HQ… Chris Earp had been elected team leader this time around—and she lost no time getting-down to business, “I hate being stuck here, waiting—HIDING from our enemy.” 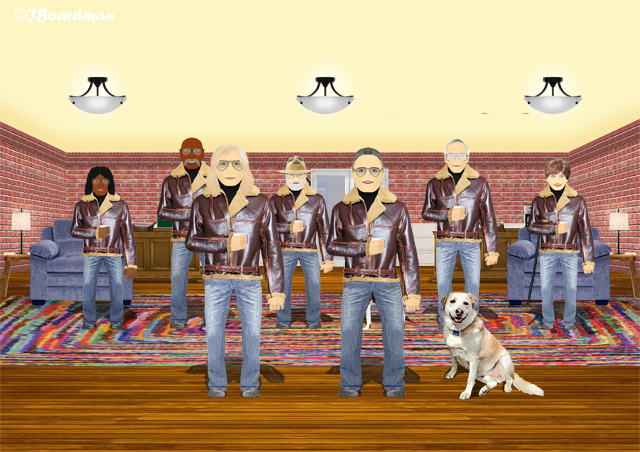 “That’s right,” Debra agreed, “We need to be out there tracking them down.”

“We need a plan—and a good one,” Linda stated, “Before we run-off half-cocked.”

“Exactly,” Mac chimed-in, “Prudence dictates we stay here where they can’t find us—but, I ask you—what damage will they do to the citizens of Moosehead County while we hide here?”

“Oh-BOY!” Joey exclaimed, “I think I need another vacation.”

2 Responses to “…HIDING from our enemy.”