PREVIOUSLY: “No Joey,” Boomer said, “You don’t get to drive my car—all the time.”

“I need a vacation.”

“Chris wants us to just go about our usual business—let’s visit Silverthorn’s Café.”

As it worked-out—Jesus Valdez and Andy McCoy were also in the café.

They both drew their weapons with Valdez exclaiming, “You are so DEAD!”

”I don’t think so,” Missy Silverthorn said from behind the counter, “Make one move I don’t like…”

Season 17—Adventure 9—VACATIONS—Episode 11—Scene 1… Inside Silverthorn’s Café… Before they could turn around, Joey warned, “She’s not armed—we are—don’t move!” 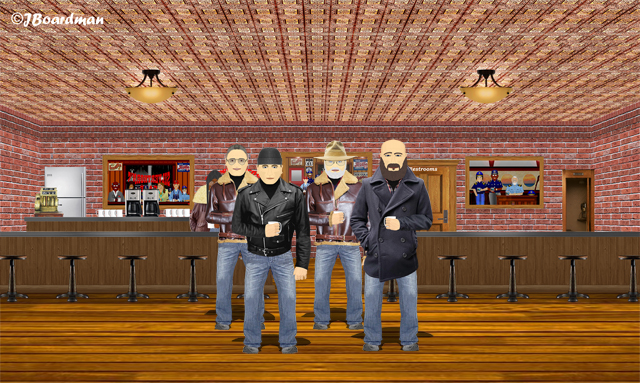 Valdez, who fancied himself a bad hombre, showed his true colors.

“Missy,” Boomer ordered, “Get ahold of your cousin Jimmy and ask him to get here as soon as possible.”

It was just fifteen minutes later when Sheriff Jimmy Silverthorn arrived, “Well—I see you too snagged an arrest.”

“No, Jimmy,” Boomer replied, “Leave us out of your official report—and put them is separate cells. We don’t want them talking to one-another.”

Episode 11—Scene 2… Outside the County Road 5 Blue Swallow Motel…  Chris and Wyatt Earp just happened to approach the motel from opposite direction—when they got a message from Joey announcing their arrest of Valdez and McCoy. 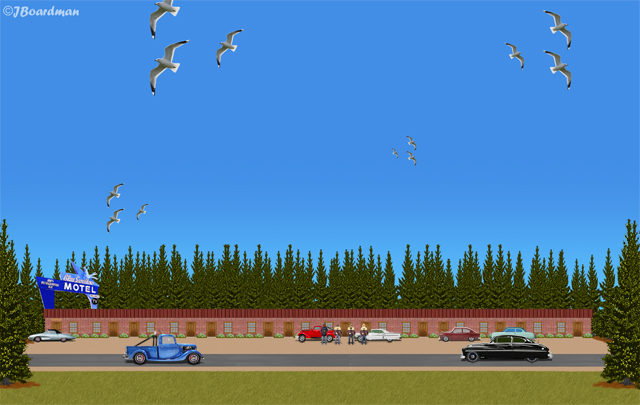 “There’s a bunch of men hanging-out in the parking lot.”

“They must be part of James Braddock’s gang—let’s surprise them with a visit.”

Both drove slowly into the parking lot, and casually walked-up to the men, “Is this a good place to stay?”

“It’s alright,” one of the men replied, “Especially considering their rates they charge.”

“You fellows are now under arrest,” Chris smiled as she drew her .45 automatic, “Don’t even think of reaching for your guns—if you wish to remain alive.”

“I’ll call for the paddy-wagon, Chris.”

THUS—this Adventure comes to an end. Our story will be Continued…