PREVIOUSLY: Chris and Wyatt Earp just happened to approach the motel from opposite direction—when they got a message from Joey announcing their arrest of Valdez and McCoy.

“They must be part of James Braddock’s gang—let’s surprise them with a visit.”

Both drove slowly into the parking lot, and casually walked-up to the men, “Is this a good place to stay?”

“It’s alright,” one of the men replied, “Especially considering their rates they charge.”

“You fellows are now under arrest,” Chris smiled as she drew her .45 automatic, “Don’t even think of reaching for your guns—if you wish to remain alive.”

“I’ll call for the paddy-wagon, Chris.”

Season 17—Adventure 10—REVENGE—Episode 1—Scene 1… William Smith, Janet Smith, & Willie Jones in their new office, “Well—that does it,” William Smith (formerly James J. Braddock) said, “All our people are under arrest—therefore we must start over.”

“It sure made buying this place easier,” Smith agreed, “Did you reward the agent?” 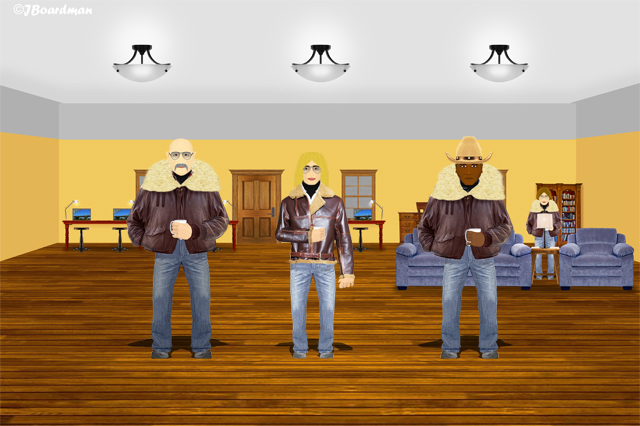 “Form a new group of operatives,” Smith replied, “We need to go down to the Twin Cities to recruit people.”

“The ‘Cities are rich in bad actors,” Willie Jones agreed, “Hang-out near dive bars—they’ll come to you.” 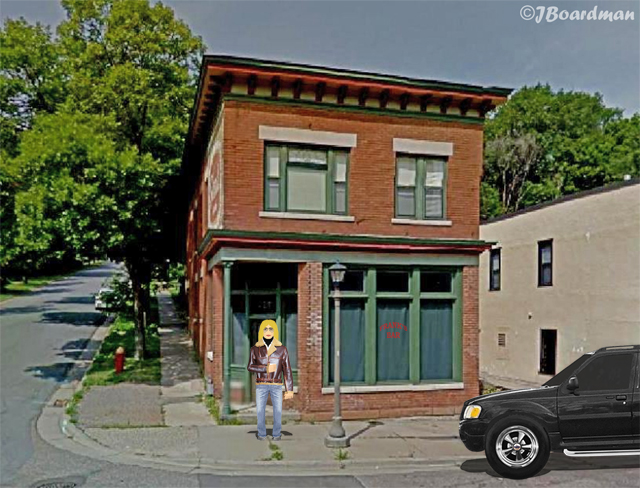 Janet Smith waited for the bar to open.

­It opened at 10 am, and soon the early regulars began arriving—and it was indeed, a target-rich environment!

After a while, she went inside and scanned the (a-hem) likely candidates.

One fellow walked over to her and said, “What’s a sweet little thing like…”

He didn’t get to finish his sentence—as he was out cold on the floor.

There were no takers.

“Now—that that’s settled,” she wickedly smiled, “Now—if any of you guys are looking for work and aren’t too fussy about what kind of work—I’ll be outside.”