PREVIOUSLY: Johnson was impressed, “You have timing down pat.”

“In life, and our occupation,” Linda said, “Timing is everything.”

“Our targets are the so-called ‘Posse’ members,” Johnson began, “They’ve interfered with our operations too many times to ignore.”

“I heard they are very dangerous,” Boomer responded, “And seem to appear out of thin air.”

“That is their reputation—on both counts,” He replied, “Sort of like you two did at the bar.”

“HA!” Linda laughed, “We’ve perfected the ‘escape into thin air’ action—and used it more than a few times on the Posse itself.”

Johnson barely finished his sentence before our heroes disappeared.

And reappeared on the other side of the yard.

“You no longer work for Mr. Smith,” Boomer added, “You work for us!” 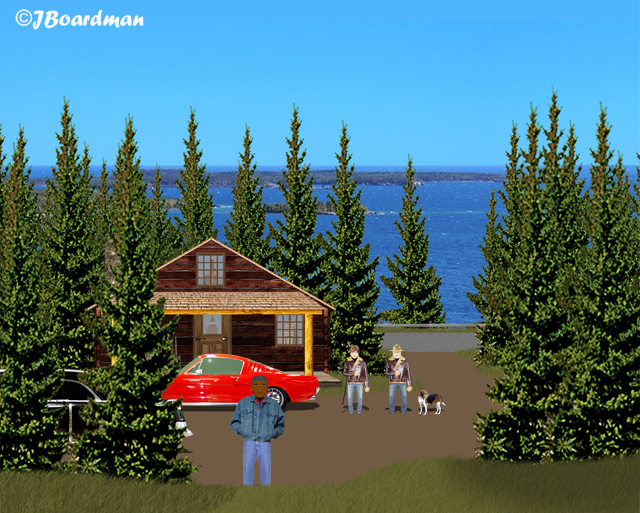 “You call Smith right now and tell him the happy news,” Linda added, “Unless you wish to simply disappear into nowhere.”

“And too,” Boomer added, “Make sure you also tell him we ARE part of the Posse.”

Episode 6—Scene 2… Inside Smith Enterprises… Smith went ballistic when he received Johnson’s call, “You are a dead man!” 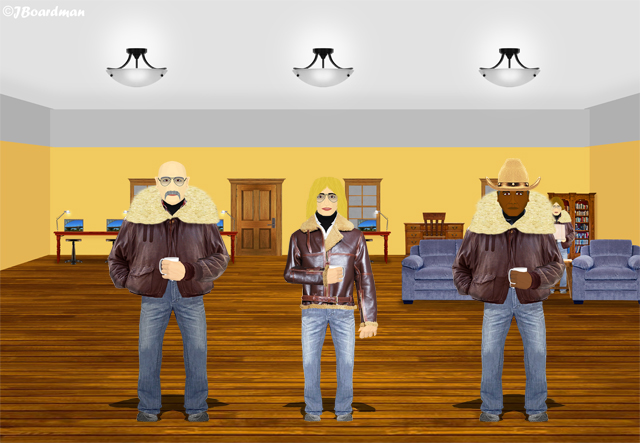 “Travis Jones was caught by a couple of Posse members and he sang like a canary,” Smith replied.

“Maybe we should look at all our new hires, Dear,” Janet Smith suggested, “When we hired him, his references were all good.”

“You were in charge of hiring—DEAR!”

“Don’t take that tone with me—you reviewed all the applications—DEAREST!”

(Now GENTLE READER™, you have a clue who is REALLY in charge)

“So—I made a mistake,” William Smith replied, “We’ll have to double-check all our new hires.”

“Willie?” Janet Smith said, “Review all our new hires, my husband will be more than happy to assist you—any mistakes will prove fatal.”

Episode 6—Scene 3… Meanwhile—Inside the Posse HQ… Chris & Wyatt Earp asked Mac to send them out into the field—they were chafing to get back in the game.

“By all means,” Mac replied, “We’ve not heard from Boomer & Linda for too long.” 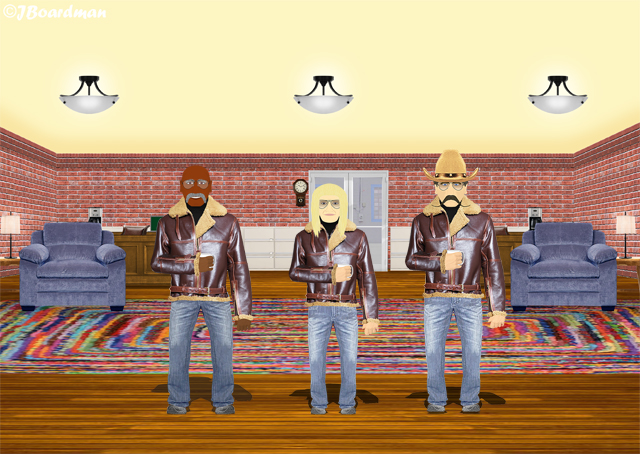 “Their last report came from Flyspeck,” he replied just as his communicator chirped.

After a few seconds, Mac grinned, “Linda just called and informed me they foiled an operation—and told the Smith gang who they were—to play with them a bit. It’s your turn to play, now.”