“Joey gets the barn!”

“We could take a vacation,” Joey suggested.

“I’m heading to the farm—just try and stop me.”

“Got room for more?” Joey asked.

“We have room for everyone,” Boomer replied, “Except Joey.”

“Kidding—we even have a stream you can fish.”

Season 17—Adventure 10—REVENGE—Episode 10—Scene 1… Boomer’s Pine County Farm… One by one the Posse members arrived at Boomer & T’s Pine County Farm, “You will find quarters in the basement of the house, upstairs and in the upper level of the barn—stake-out your quarters.”

“So too, will we,” Chris Earp called-out.

“Joey gets the barn!” Linda laughed. 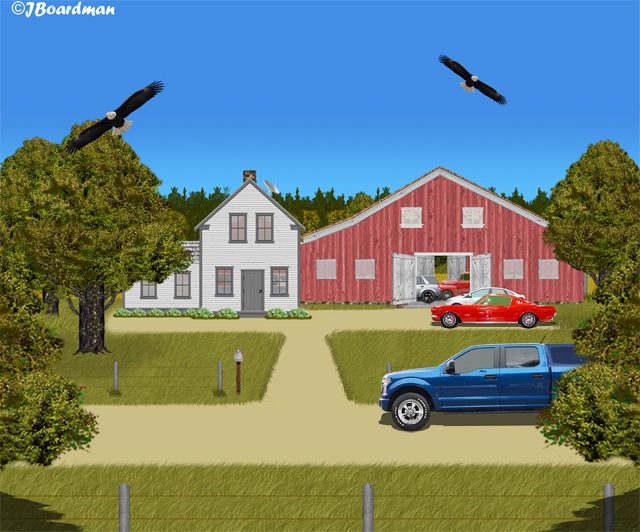 “Joey gets the barn!”

“Good choice,” Boomer replied, “There are two apartments in the barn’s loft—anyone else?”

“Is there room for two?” Debra asked

“Ralph & I call dibs on the other,” Linda declared.

“I’ll just take whatever is left over,” Joey said.

“I have a grill out-back,’ Boomer said, “Perhaps we could convince Joey to cook?”

“Steaks and chicken in the fridge, and baking potatoes, and a variety of vegetables.”

Episode 10—Scene 2… Behind the farmhouse… Joey worked his culinary-magic—and all attendees enjoyed the feast. 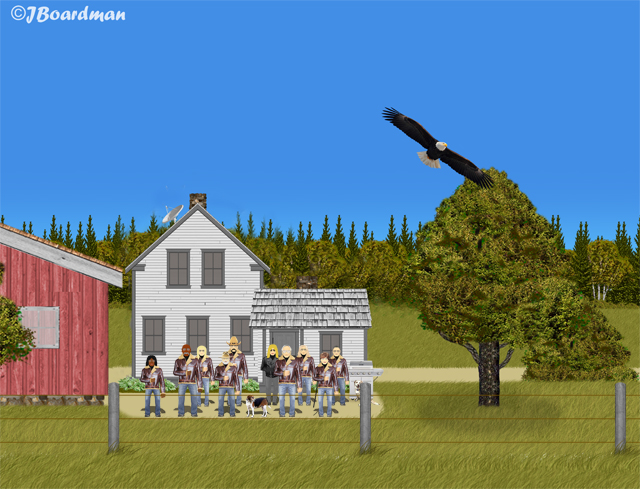 But that was an enjoyable excess.

Episode 10—Scene 3… Pine County Road 47… Randall McDaniel a new operative of Janet Smith, was on his way north from Willow River, decided to cut-across to Highway 23 and just happened to drive by Boomer’s farm. 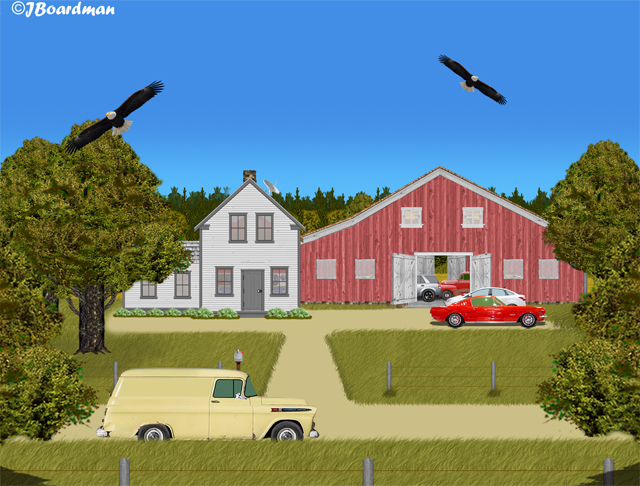 Unfortunately—he was too new to Smith’s operation to have a communicator. He would have to drive to Duquette on Highway 23 to find a payphone.

That would take him a half-hour, without the flat tire his old truck just suffered, “Aw CRAP!”

­­­He finally made it to a payphone and called Smith.

She was not pleased.

3 Responses to “Joey gets the barn!”