Previously: Chris, however, recognized them both—but showed no sign that she did.

“Our friends Willie and Janet are here in town,” Chris observed, “I think Linda, Debra, Wyatt and I should visit the saloon, while the rest of us hang-out around the stable.”

“I’m a little concerned that we arrived together,” Linda sounding worried, said, “I hope they didn’t recognize us.”

“We’ll know soon enough if they have,” Chris replied.

“That much is certain,” Linda said.

Episode 1… Scene 3… Inside Nuttal & Mann’s Saloon… Linda, Wyatt, Chris and Debra arrived—leaving the boys bed-down the horses at the stable.

As they passed the hotel, they didn’t see Jones and Smith.

They were someplace else.

“Where?” you ask, GENTLE READER™, Tune-in next time! 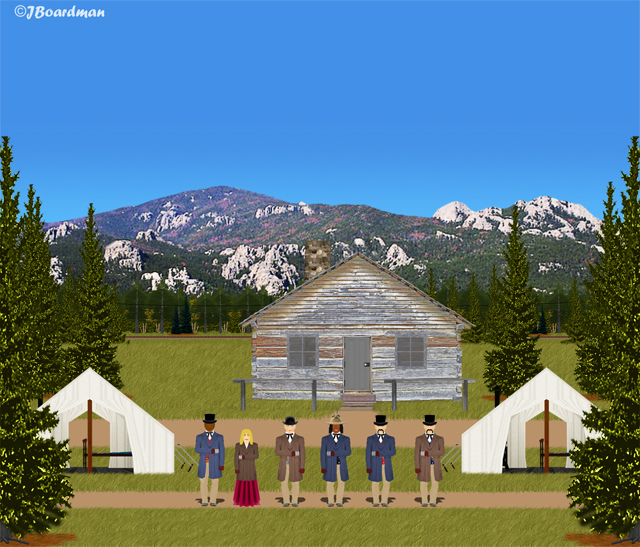 “Does an equal split of all profits sound fair?” She replied, “Because that’s what Mr. Jones and I are offering.”

“I think we can agree to that,” John Kramer smiled, “Speaking only for my brother and I, that is.”

“What are your plans, Mrs. Smith” Jimmy Kirk asked.

“First—we successfully take control of Deadwood,” she replied, “Without bloodshed.”

“And we expect you fellows to keep our customers happy—and poorer for their experience,” Willie Jones added.

“Fleece our customers gently—making them willing to come back,” Kirk smiled, “That sounds good to me.”

Episode 2… Scene 2… Meanwhile… Inside the Nuttal & Mann’s Saloon… Chris led the Posse into the saloon—just to let it be known they were in town. 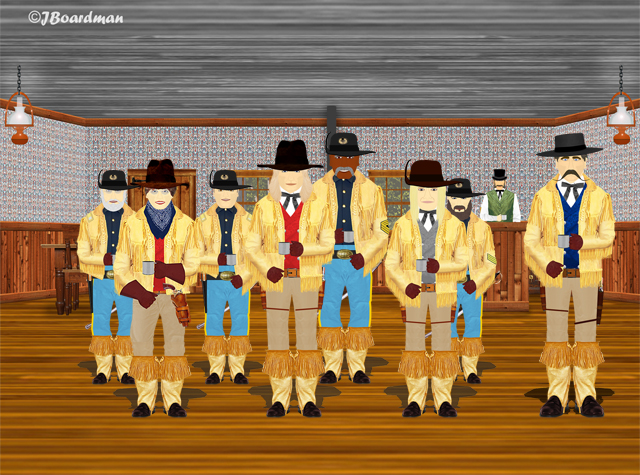 Then again—the barkeep was there—so the word would get-out.

But, even the barkeep didn’t know the saloon was being sold.

“Do you have ale on-tap?” Boomer asked the barkeep.

The rest of the Posse asked for—and received their respective drinks.

“I believe we need to make our presence known around town,” Chris replied, “And see what that does.”

“That’ll be right up our alley,” Joey quipped, “We know how.”

Perhaps she SHOULD be afraid…