Chris & Wyatt Earp decided to remain in the Saloon.

Previously:  Chris led the Posse into the saloon—just to let it be known they were in town.

Then again—the barkeep was there—so the word would get-out.

But, even the barkeep didn’t know the saloon was being sold.

“Do you have ale on-tap?” Boomer asked the barkeep.

The rest of the Posse asked for—and received their respective drinks.

“I believe we need to make our presence known around town,” Chris replied, “And see what that does.”

“That’ll be right up our alley,” Joey quipped, “We know how.”

Perhaps she SHOULD be afraid… 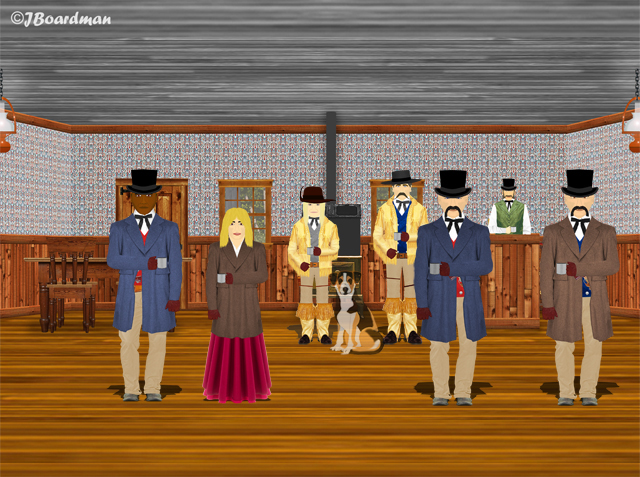 Chris & Wyatt Earp decided to remain in the Saloon.

This might be a big mistake—were it not for the timely appearance of Cu-Cu. She blocked Jones & Smith’s ability to see Chris & Wyatt.

Chris & Wyatt left the saloon, “That was close!”

Cu-Cu materialized next to our heroes, “I just wiped all memory of you two—so it’s safe for you to return inside.” 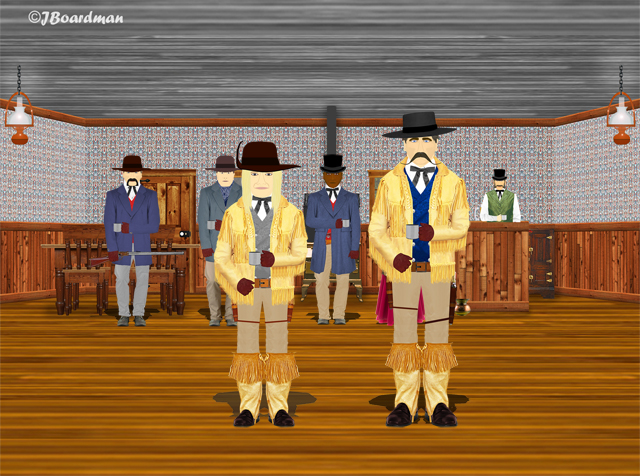 “Yes gentlemen, you heard right, Mrs. Smith and I bought the saloon.” 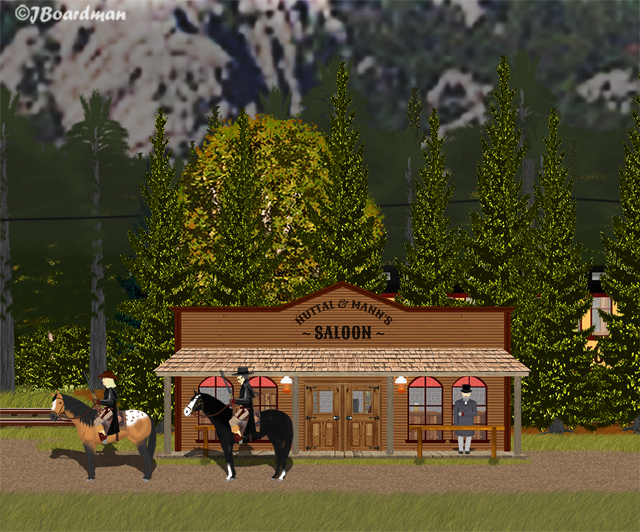 2 Responses to Chris & Wyatt Earp decided to remain in the Saloon.