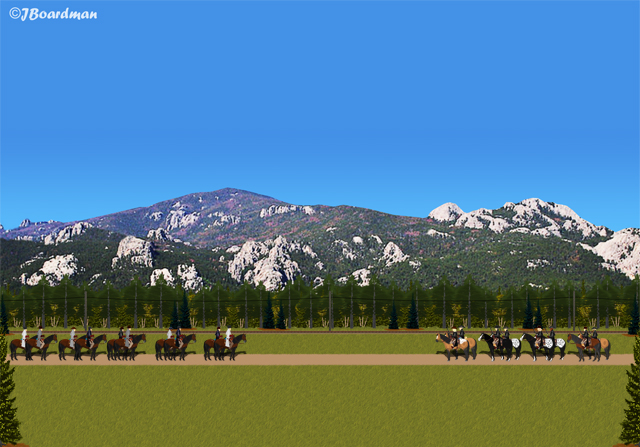 “Will you look at all those riders heading this way?” Linda asked.

As the riders approached—they showed no signs of aggression.

The man at the head of the riders waved and said, “I hear there’s new people running Nuttal & Mann’s Saloon—is that true?”

“It is,” Wyatt replied, “And it seems they’re running some honest games of chance.”

“WHEW!” Boomer exclaimed, “We didn’t have to shoot anyone.”

Wyatt gave Chris “the look,” and, of course, Chris laughed.

“Are you sure?” Smith asked. 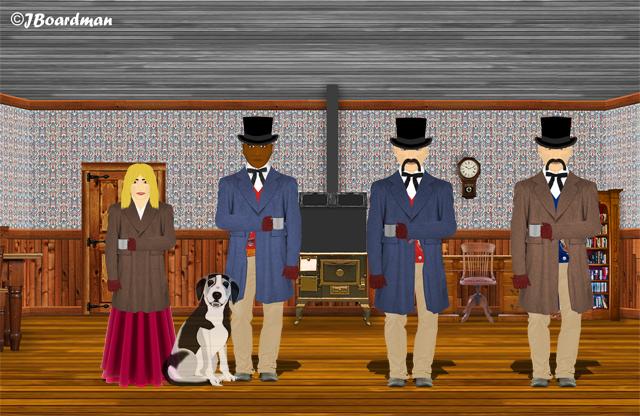 “You DOUBT my word?”

Episode 4… Scene 3… Several hours later, on the road outside Deadwood… The Posse became aware they were being followed, “Isn’t this interesting?” 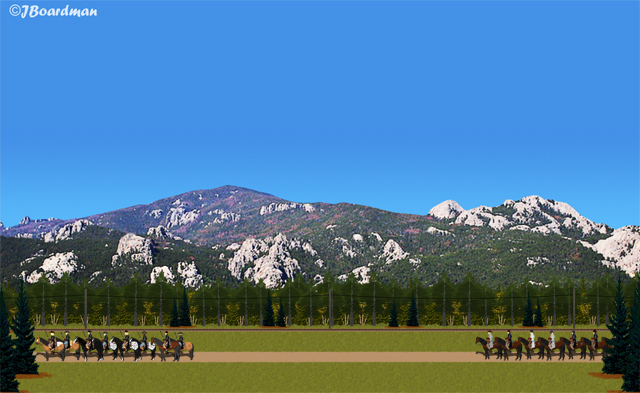 4 Responses to On the road outside Deadwood