“We should be safe here.”

Previously: “Are you sure?” Smith asked.

The Posse became aware they were being followed, “Isn’t this interesting?”

Season 17—Adventure 11—MANHUNT—Episode 5… Scene 1… On the road outside Deadwood… The Posse’s Sentient horses lost their pursuers. 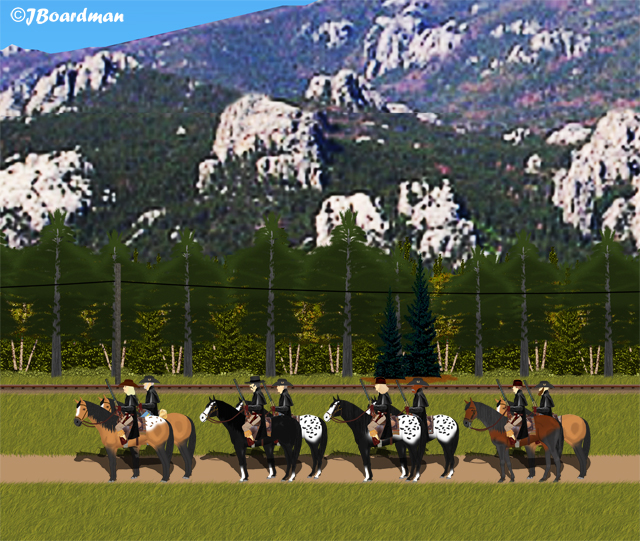 “That was easy,” Pal whinnied.

“Don’t get too sanguine, worthy steeds,” Wyatt laughed, “We have many miles yet to travel.”

They rode on, and on, and on—it seemed like for miles and miles—before Scout exclaimed, “This way!”

The road he followed climbed steeply up into the Black Hills until finally leveling-off, “Just a few more miles—I can sense it.”

Episode 5… Scene 2… The horses found new cabin hideout… “This will take some work.” 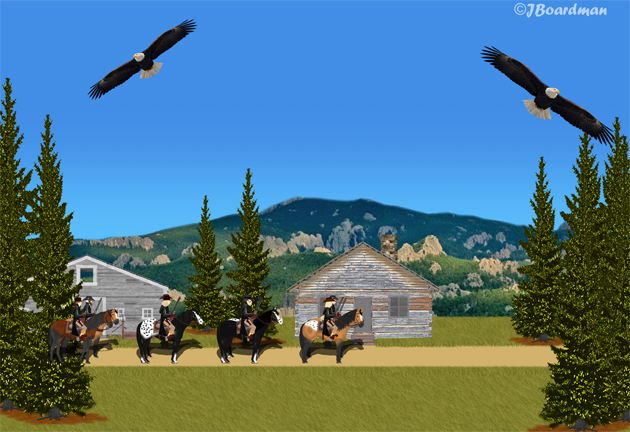 “This will take some work.”

“What was your first clue, Joey?” Boomer asked.

“I’m not sure,” He replied, “Maybe the fact that the cabin is kind of small—and it’s likely we’ll be camped-out in the hayloft.”

“Okay, folks,” Chris laughed, “Time to quit bickering and get to work.”

The cabin was in pretty good shape but appeared to have been hastily abandoned—there were personal belongings scattered about the property.

Hours later—they had the place cleaned up—at least enough to call it a day.

The guys found sleeping-space in the haymow and the women in the cabin—it beat sleeping outside.

Episode 5… Scene 3… The Smith-Jones Gang were 5 miles away—on the same road…  “Well, folks—this is our new home,” Janet Smith announced, “We should be safe here.” 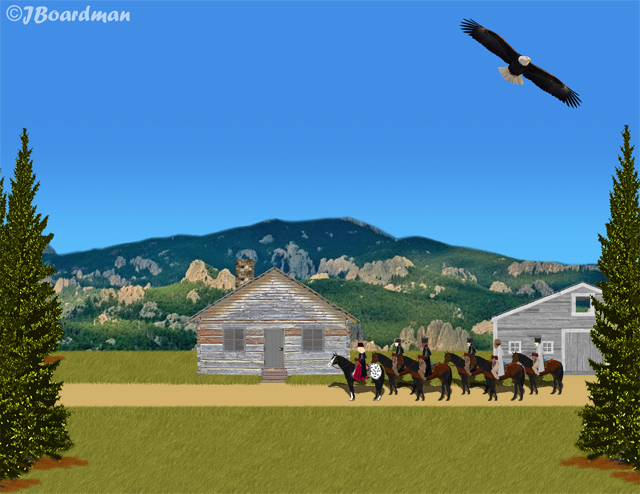 “We should be safe here.”

1 Response to “We should be safe here.”