Previously: “Gentlemen,” Willie Jones said, “We’d like you to fan-out and search the area—Juco has informed us he thinks the Posse is somewhere nearby.”

“No,” He replied, “But—he is certain they’re nearby—perhaps somewhere on the lower trail.”

Episode 6… Scene 3… James Kirk and friends rode the High Road… “We’ve been riding this road for hours—there’s nobody here.”

“We must keep riding Jimmy,” Thomas Running-Deer replied, “Mrs. Smith will not be pleased if we quit before we find someone—or something.”

Thomas just may be surprised, GENTLE READER™ , WHO those riders are…

“That’s a surprise, Mr. Kirk,” Running-Deer replied, “But, if we remain calm and friendly, we should be all right.” 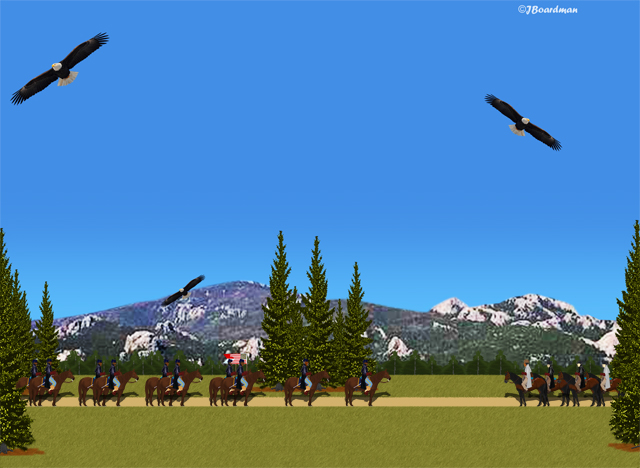 “How-do, Captain,” Running-Deer replied, “I’m Thomas Running-Deer, and these are my friends, and fellow prospectors—John and James Kramer.”

Thad Lincoln was nobody’s fool—he didn’t trust that these men really were prospectors as they claimed—but he decided to let them continue.

There were members of the Sioux Nation who will be watching these strangers—members who knew & trusted Lincoln.

“Well, gents,” Lincoln concluded as they left, “Good luck with your prospecting.”

“Don’t be so sure, white-eyes,” Running-Deer replied, “I read the Captain as a most formidable man.”

Episode 7… Scene 2… Outside the Posse Hideout… Ralph Halvorson had no trouble finding the Posse hideout—thanks to Cu-Cu, who gave him directions. 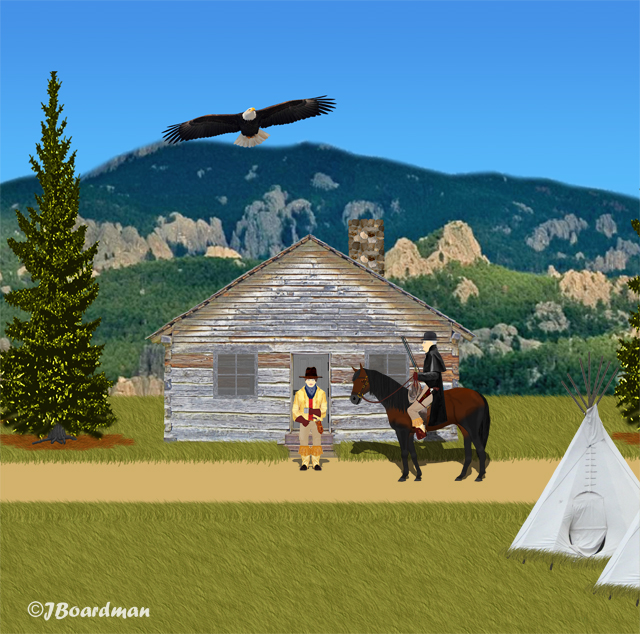 “We were told by Cu-Cu that you were coming,” Linda’s smile was far from leaving her face.

“My first time in the 19th Century,” Ralph replied, “Thanks to Cu-Cu for insisting that Boomer make a 19th Century me.”

“Were there any problems since you arrived on the High Road?”

“I met some cavalry on patrol—but they were no problem.”

“We have word that there have been people asking-around about us,” Linda said, “A Sioux warrior just minutes ago, left after giving me the news.”

“Yes—Cu-Cu has made this place invisible to all but Posse-members.”