PREVIOUSLY: “I’m Captain Thad Lincoln of the Tenth Cavalry Regiment Militia, and I understand there’s some reserve troopers here,” he was looking directly at Mac, Joey, Boomer, and AJ as he spoke, “You’re all now part of my Militia.”

“Okay, you can do that,” Militia Captain Boomer replied, “Your date of rank?”

“June 1, 1873,” Boomer replied, “You can wire Fort Leavenworth to confirm that—but, it appears you are second in command of my militia.”

“As soon as I can find a telegraph office, I will check.”

“Does this mean we don’t have to sleep in tipis?” Joey asked. 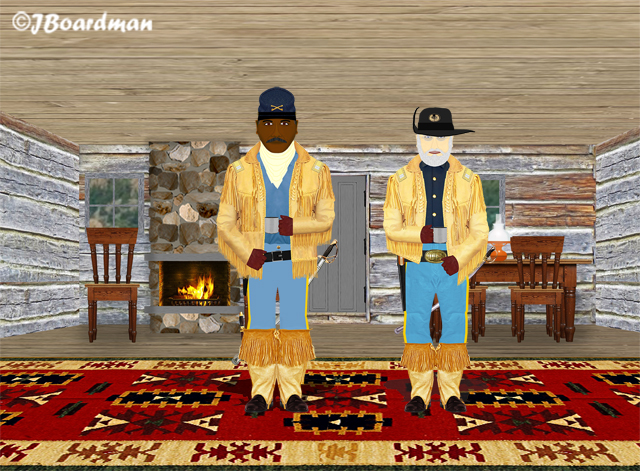 “After consulting with my Militia comrades—and with Fort Leavenworth, I have decided to cede command to you, Captain Lincoln—with the understanding that we will, if we determine it to be necessary, operate independently.”

“Thank you, Captain,” Lincoln replied, “May I ask, sir, do you have any suggestions?”

“Just one, Thaddeus,” He replied, “Think like a Native—in fact I know several you should add to your contingent.”

Episode 9… Scene 2…On the High Road… With the Militia members of the Posse gone on their own assignment, Chris Earp made the necessary changes to their operation, “We gain one to our number—lose four, we’ll make-do.” 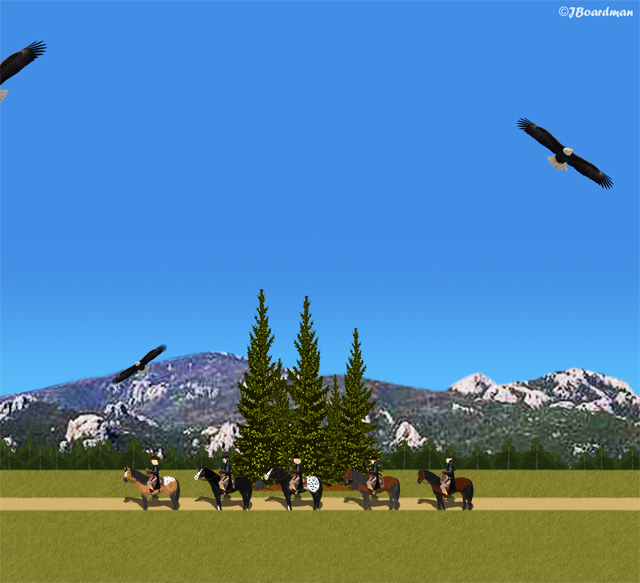 “We gain one to our number—lose four, we’ll make-do.”

“Yeah,” Debra cracked wise, “All they did was complain.”

“I, for one, will miss Joey’s cooking,” Wyatt Earp added.

“Ralph is a fine cook,” Linda replied, “We might just not miss Joey.”

“I wonder what our friends are having to eat tonight?” Debra asked.

“Yuck!” Debra rejoined, “Not even Joey could make that appealing.” 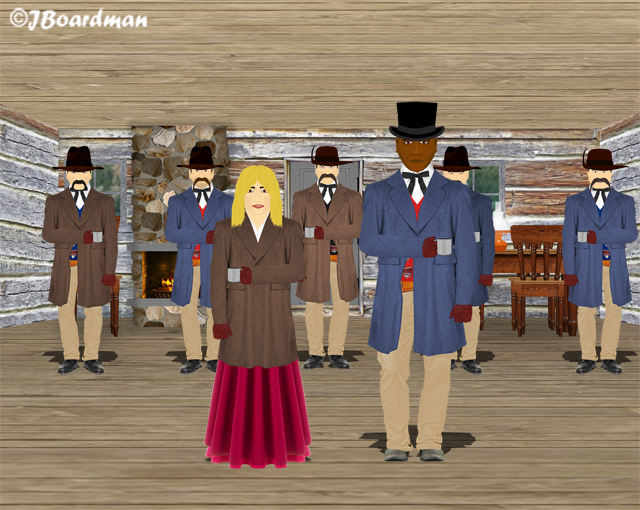 “You all have reservations at the hotel in Deadwood,” Willie Jones said, “Once you get settled-in—take some time exploring Deadwood—and then acquaint yourselves with our Nuttal & Mann’s Saloon.”

“As I understand it,” Hal Barber said, “We’ll be working there as bouncers.”

“Yes—and gamblers,” Smith replied, “In fact mostly as gamblers who beat the odds and win some decent money.”