Chris has a plan…

“You all have reservations at the hotel in Deadwood,” Willie Jones said, “Once you get settled-in—take some time exploring Deadwood—and then acquaint yourselves with our Nuttal & Mann’s Saloon.”

“As I understand it,” Hal Barber said, “We’ll be working there as bouncers.”

“Yes—and gamblers,” Smith replied, “In fact mostly as gamblers who beat the odds and win some decent money.”

Season 17—Adventure 11—MANHUNT—Episode 10… Scene 1… Inside Nuttal & Mann’s Saloon… It HAD to happen—sooner or later, one man who believed he’d been cheated out of his money by the in-house gamblers.

He hadn’t, but that didn’t matter—he came-in shooting with several of his friends. 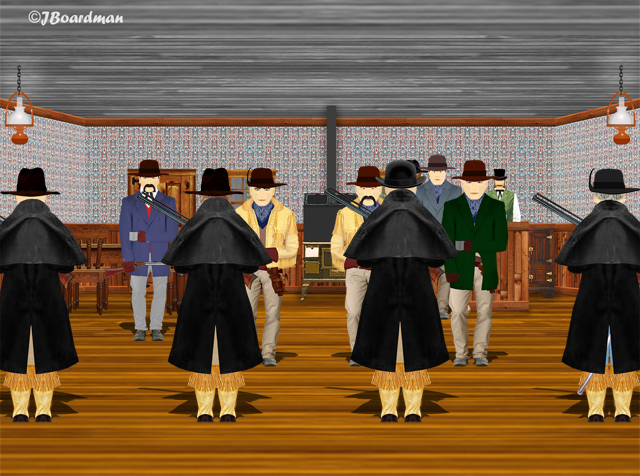 He hadn’t, but that didn’t matter—he came-in shooting with several of his friends.

It had been at least five years since there had been a shooting resulting in so many wounded and killed in the saloon.

Janet Smith & Willie Jones just knew their time in Deadwood was about over, “We must leave now, Willie!”

In all the excitement—nobody noticed that they left. 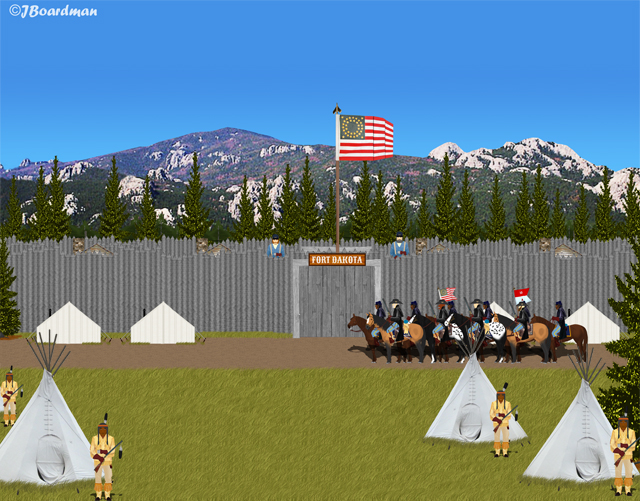 “They are quite friendly—and a necessary ally,” Boomer replied, “There simply not enough regular troopers to patrol the Black Hills.”

“I expect that means the Wyoming part as well.”

Episode 10… Scene 3… Inside the Posse Hideout… Chris has a plan… It had been only a day or so since Captain Boomer and company had been mustered into the local militia—and he just sent a telegram.

“Boomer and the others will not be returning anytime soon,” Wyatt began, “And the Deadwood town marshal has been bought and paid-for by the criminal element here in Deadwood. “We’ll remain here and clean-up the town.” 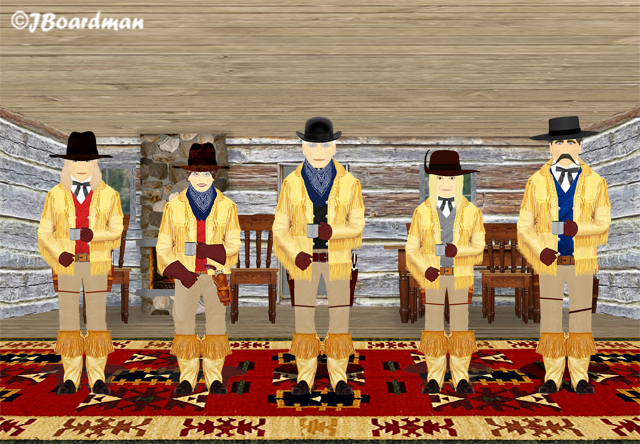 “You have a warped sense of fun, m’dear,” Wyatt replied.

This ends another RIVETING ADVENTURE—But our story? Our story will be Continued…

2 Responses to Chris has a plan…