Previously: Captain Boomer and Company patrolled for many, many miles along the RR line—and found no bad guys.

“You think, Joey,” Mac replied, “What you call fun—would be getting ambushed?”

“No,” Joey replied, “But I brought my 21st Century camera—lots of great scenery hereabouts.”

Episode 2…Scene 3… Still in the Black Hills Near Deadwood… Captain Boomer and Company patrolled through a Ghost Town—and imagined it in its hey-day.

“Whatever made you think that, Joey?” AJ asked, “The fact that there-is only three buildings?”

The four rode-on for several miles without incident—but then they heard men talking among themselves—loudly.

“The boss wants us to find them so-called Posse-members, and arrest them,” one of the men said, “I reckon them fellers are nowhere near here.”

Just as the bad guys rounded a curve in the road, Mac said, “SURPRISE!” 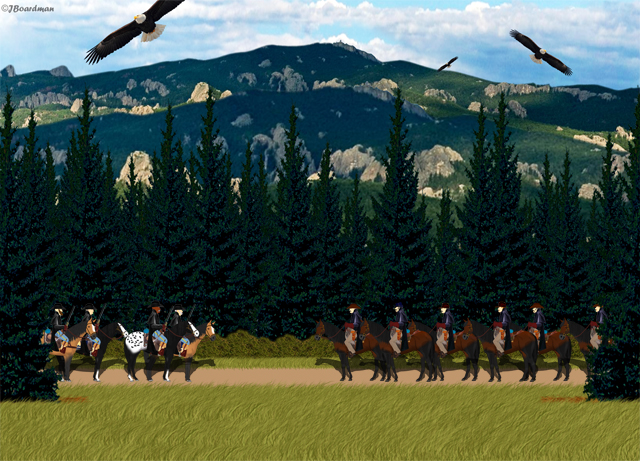 All four dropped their weapons and surrendered—they were, after all—bullies and cowards.

Mac dismounted and handcuffed the four, “You fellas are about to occupy your own jail.”

“That ain’t too smart—we own that jail!”

“Only until we get there,” AJ grinned, “Then—it will be our jail.”

“You don’t what you’ll be up against—we have the boss and several deputies there.”

“Oh boy,” Boomer grinned as he pulled his sabre out of its scabbard, “Close combat!”

The message was received—as confirmed by the wide-eyed looks on Hal Barber and Eric Wilson’s faces.

“Where are Janet Smith, and Willie Jones?” Chris Earp asked. 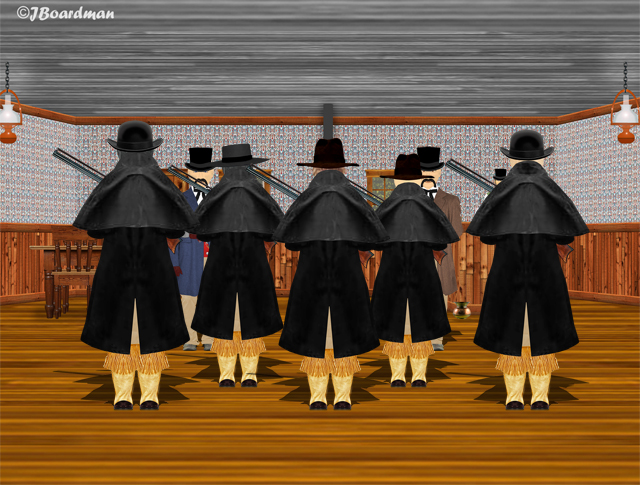 “Where are Janet Smith, and Willie Jones?”