Previously: City Marshal William “Willie” Taylor heard someone enter his office as he was doing the necessary paperwork, “Hello, I’m Tyrone Marshal Mathers, and am wondering if you’d hire me as a deputy.”

“Have you any experience?” Taylor asked (without his stutter—imagine that).

“Practical experience,” Mathers replied, “I managed a saloon back in Duluth, Minnesota.”

“Yes,” Mathers replied, “It was a seedy place on the waterfront.”

“What do you have in mind?” Sergeant Samuels asked.

“We’re going to war with any non-white folks we find—particularly negroes.”

“Because I’ve had enough—that’s all you need to know.”

Sergeant Samuels was from Alabama and fought for the Confederacy during the Civil War, “About time, sir.” 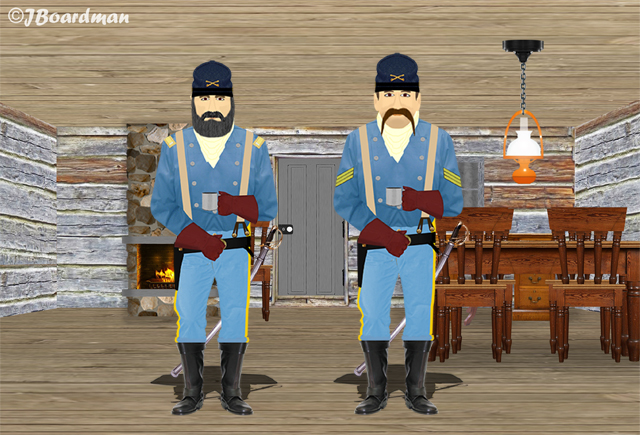 “I hate to have any non-white—but you’re right, we need a scout.”

“We have too few troopers, Samuels,” Lincoln said, “Do you suppose you might find more than just one Sioux to join us?”

“Sure, I’ll ask Running Antelope when I see him.”

“Very-well Samuels,” Lincoln replied, “Get on the trail as soon as possible.”

Episode 6… Scene 2… Inside the City Marshal’s Office… Boomer & Joey delivered their prisoners to “Willie” Taylor, “They’re all yours, Marshal.” 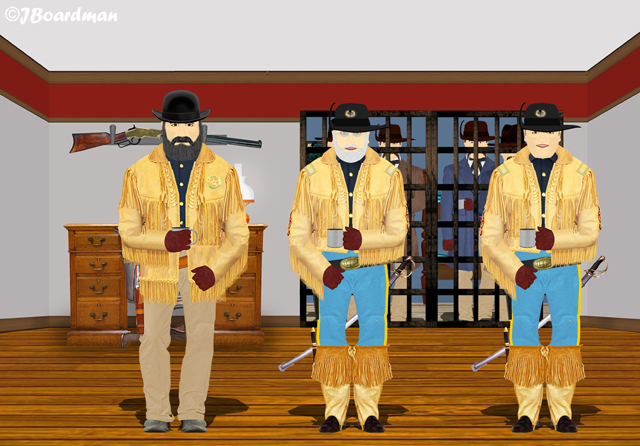 “They’re all yours, Marshal.”

“Thank you, I think,” Taylor replied, “Who are you fellows?”

“We’re bounty-hunters,” Boomer replied, “We saw a poster claiming these fellows were wanted.”

“I haven’t posted any yet.”

“The poster was in Minnesota,” Joey improvised—quickly, “In Moosehead County.”­ 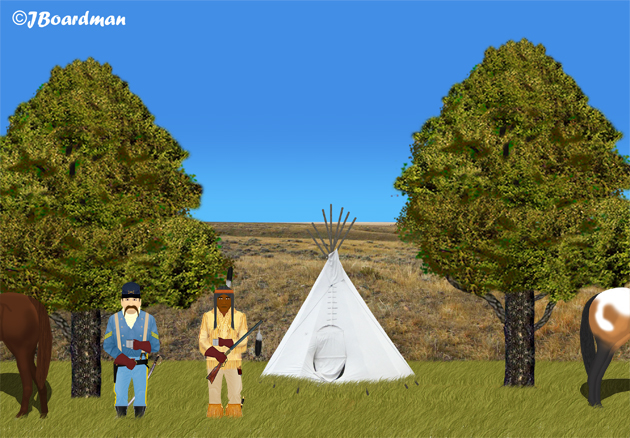 “And to see you Running Antelope,” Samuels replied, “I must ask for your help my old friend.”

“Captain Lincoln requires scouts to find black and native Ojibwe soldiers, so we may engage and eliminate them from the Deadwood area,” Samuels replied, “And Sioux warriors to add to our small number of troopers.”

“Ojibwe here in our land?” he asked, “This cannot stand—we will help you.”

“And with the Black soldiers?”