Previously: Boomer & Joey delivered their prisoners to “Willie” Taylor, “They’re all yours, Marshal.”

“Thank you, I think,” Taylor replied, “Who are you fellows?”

“We’re bounty-hunters,” Boomer replied, “We saw a poster claiming these fellows were wanted.”

“I haven’t posted any yet.”

“The poster was in Minnesota,” Joey improvised—quickly, “In Moosehead County.”­

“And to see you Running Antelope,” Samuels replied, “I must ask for your help my old friend.”

“Captain Lincoln requires scouts to find black and native Ojibwe soldiers, so we may engage and eliminate them from the Deadwood area,” Samuels replied, “And Sioux warriors to add to our small number of troopers.”

“Ojibwe here in our land?” he asked, “This cannot stand—we will help you.”

“And with the Black soldiers?”

“You may, Lieutenant,” Taylor replied, “If they’ll all accept deputy’s badges.” 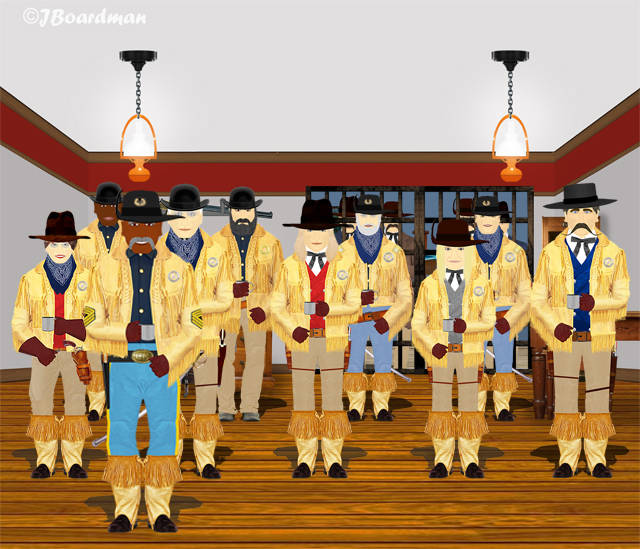 After which—Marshal Taylor administered the oath of office, concluding with, “Now—we have our work cut-out for us.”

“We have word that a number of Sioux operating on the Wyoming side of the Black Hills—and their heading this way,” he replied, “You are tasked with finding them—before they get here.”

“Oh,” Chris replied, “I was afraid you’d assign us a difficult job.”

“Not to put a fly in the ointment,” Captain Boomer said, “But we’ve been activated by our superiors at Fort Leavenworth—and must follow our original orders which supersede your orders, I’m afraid.”

“Understood,” Taylor replied, “Do as you must with the knowledge you have local authority as well.” 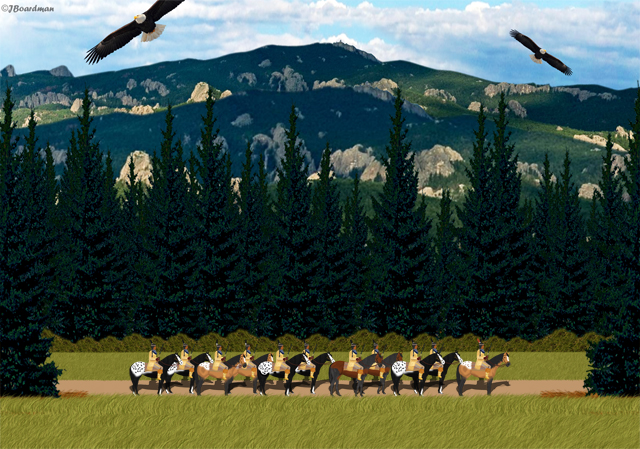 They would be successful.

2 Responses to They were now hunting for more victims.