Previously: After which—Marshal Taylor administered the oath of office, concluding with, “Now—we have our work cut-out for us.”

“We have word that a number of Sioux operating on the Wyoming side of the Black Hills—and their heading this way,” he replied, “You are tasked with finding them—before they get here.”

“Oh,” Chris replied, “I was afraid you’d assign us a difficult job.”

“Not to put a fly in the ointment,” Captain Boomer said, “But we’ve been activated by our superiors at Fort Leavenworth—and must follow our original orders which supersede your orders, I’m afraid.”

“Understood,” Taylor replied, “Do as you must with the knowledge you have local authority as well.”

They would be successful. 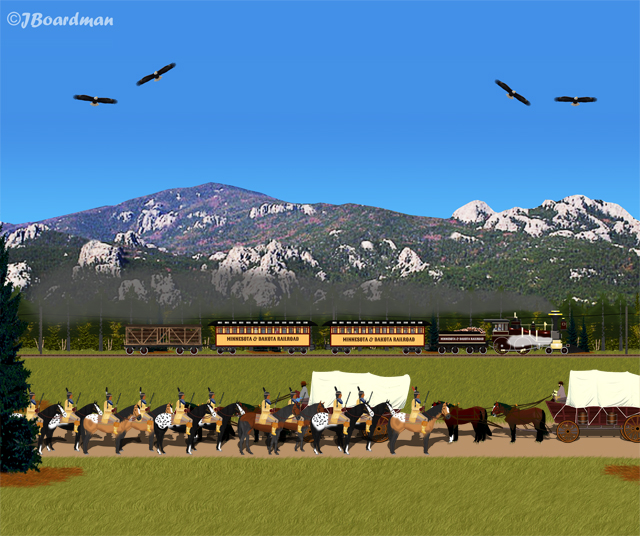 The two-wagon train never had a chance—and two families died because one of them happened to be black.

Men, women, and children all died that day and Running Antelope & his band weren’t done yet.

They would continue their rampage through the Deadwood area until dark when they set-up camp for the night. “We will camp here.” 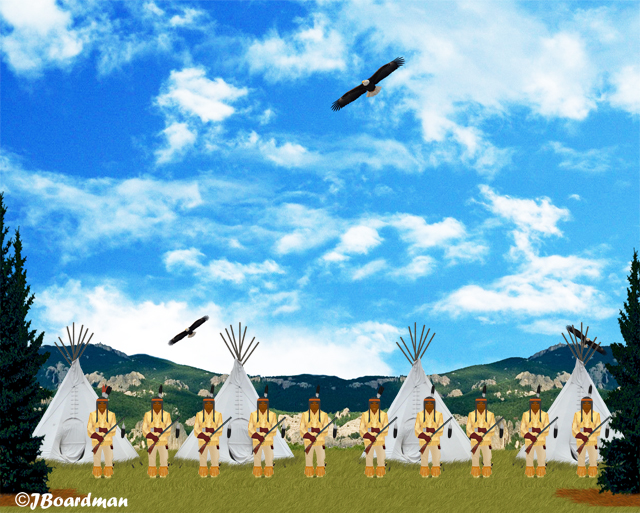 “We will camp here.”

“Yes, my chief,” Red Eagle replied, as he and the rest set-up camp.

“We will rest, Thomas Black Dog,” he replied, “We are all tired, and tired people make fatal mistakes.”

Episode 7… Scene 2… Earlier elsewhere on the high road near Deadwood… Captain Boomer & Company were riding not far away from where Red Eagle destroyed the small wagon train. 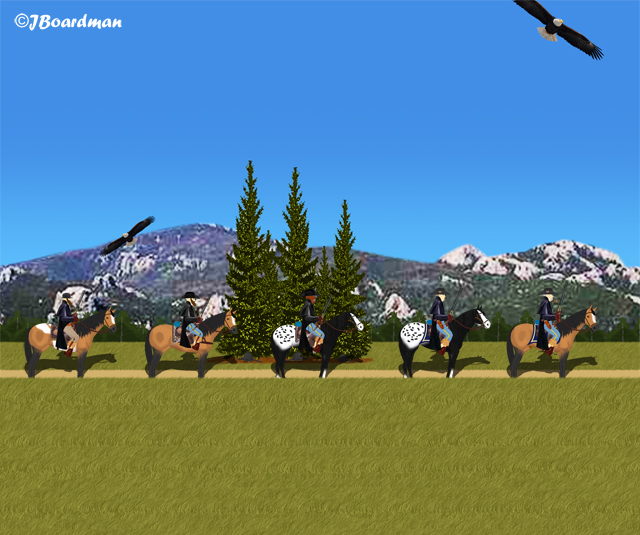 “It does, Boomer,” Mac replied, “I think we need to check the lower road.”

“Perhaps we should split-up, Mac,” Boomer replied, “Joey and I will start at the Deadwood end of the road.”

“And the rest of us will start at Fort Dakota,” Mac replied, “And ride towards Deadwood.”

Episode 7… Scene 3… On the road near Deadwood… “Wagons ahead!” Joey exclaimed. 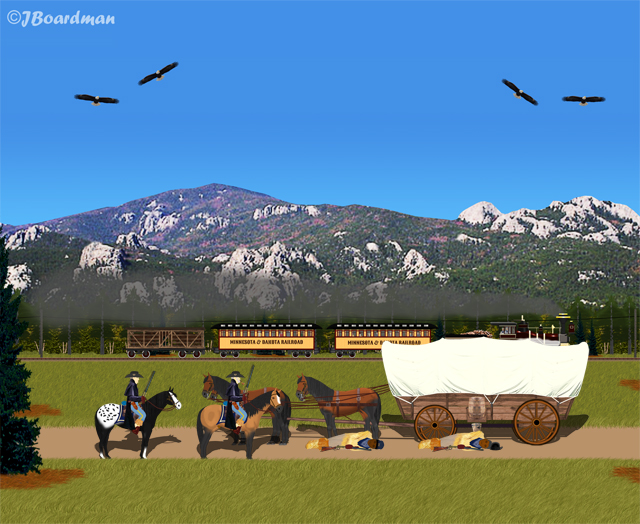