Previously: Captain Boomer & Company were riding not far away from where Red Eagle destroyed the small wagon train.

“It does, Boomer,” Mac replied, “I think we need to check the lower road.”

“Perhaps we should split-up, Mac,” Boomer replied, “Joey and I will start at the Deadwood end of the road.”

“And the rest of us will start at Fort Dakota,” Mac replied, “And ride towards Deadwood.” 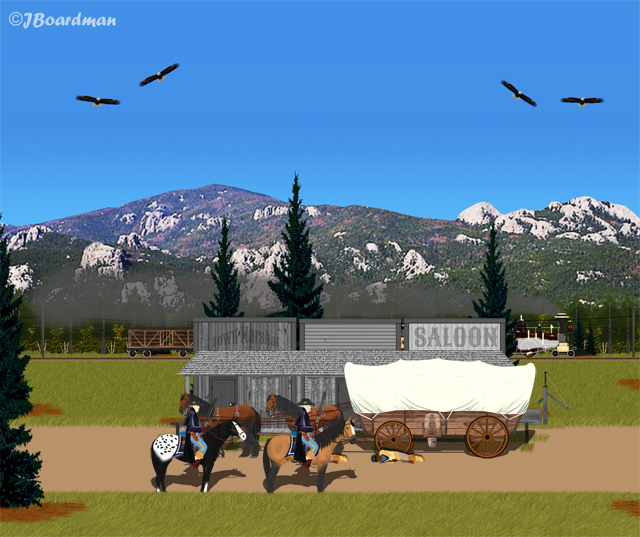 “That about sums it up,” he replied, “This has got to stop!”

Episode 8… Scene 2… Outside Fort Dakota… [Previously: “We have word that a number of Sioux operating on the Wyoming side of the Black Hills—and their heading this way,” he replied, “You are tasked with finding them—before they get here.”

“Oh,” Chris replied, “I was afraid you’d assign us a difficult job.”]

As it happened—Mac and company arrived at the same time as the Posse. 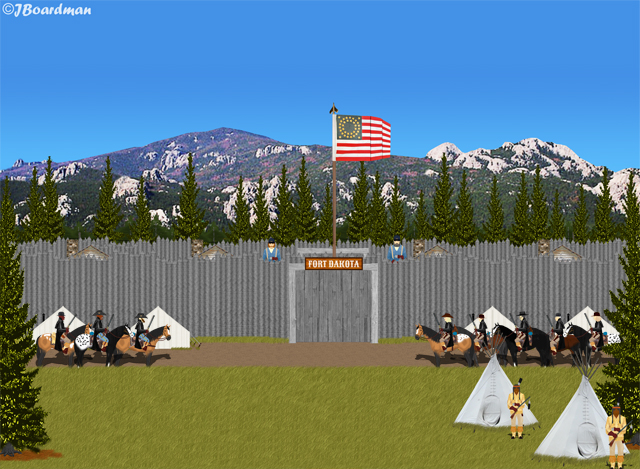 Mac and company arrived at the same time as the Posse.

“So,” Wyatt asked as they met, “How do we get them to open the gates?”

“Knock on the door?” Linda cracked-wise.

Big Mac had another idea, “Hey you—OPEN THE GATE OR WE’LL BRING UP THE ARTILLERY!”

The guards had experienced Big Mac’s anger in the past—the gate opened.

Episode 8… Scene 3… Inside Fort Dakota… “Greetings Captain Lincoln,” Chris Earp wickedly smiled, “How do you feel about your next assignment being Fort Leavenworth’s prison?” 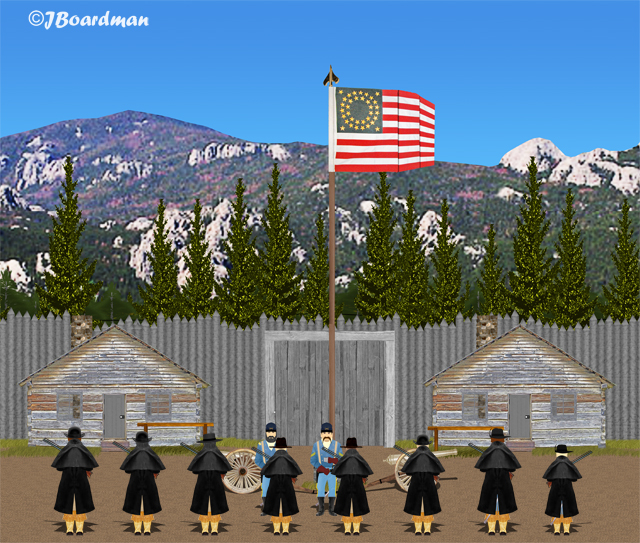 “You haven’t that much influence,” Lincoln weakly replied—he knew he was finished.

“If at all,” Ralph Halvorson added.

“With some luck, the Adventure Train will be waiting for us in Deadwood,” Mac said, “We should get on the march.” 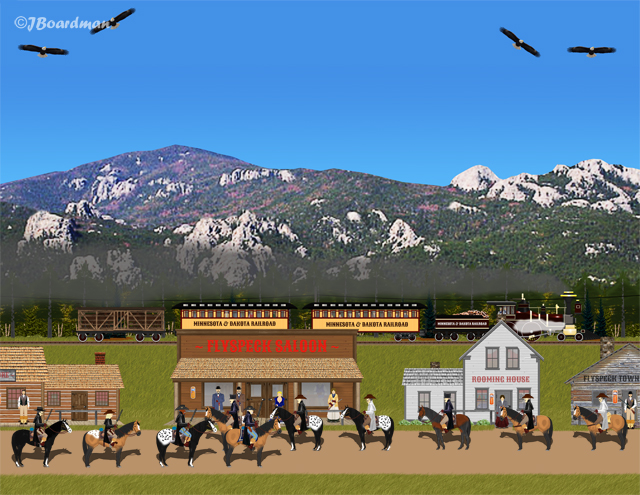 They weren’t the only strangers in town.

Our heroes were on guard—that many armed-riders usually spelt trouble, “My lawman experience mental-light is signaling ‘trouble’ right now.”