Previously: “Greetings Captain Lincoln,” Chris Earp wickedly smiled, “How do you feel about your next assignment being Fort Leavenworth’s prison?”

“You haven’t that much influence,” Lincoln weakly replied—he knew he was finished.

“If at all,” Ralph Halvorson added.

“With some luck, the Adventure Train will be waiting for us in Deadwood,” Mac said, “We should get on the march.”

They weren’t the only strangers in town.

Our heroes were on guard—that many armed-riders usually spelt trouble, “My lawman experience mental-light is signaling ‘trouble’ right now.” 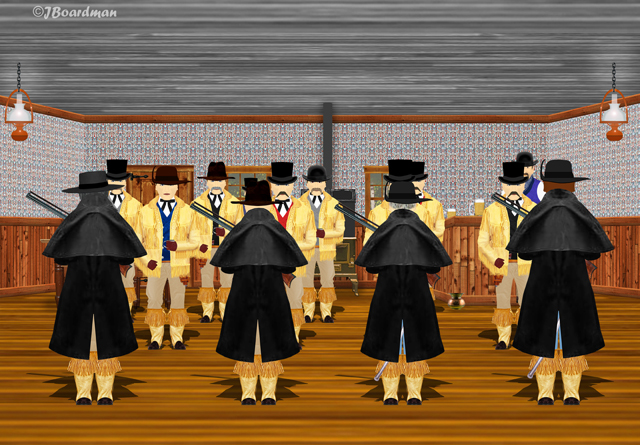 “Well—there’s a party going-on in here!”

“It certainly looks that way, Darlin’,” Wyatt Earp replied to Chris Earp, “Mind if we join you folks?”

“Not at all,” a man wearing a top-hat replied, “We’re celebrating our new mayor, Allen Simpson.”

“Yup,” the man to top-hat’s left added, “He done cleaned-out the scum in our city council.”

“Would that be Allen Stanley Simpson?” Big Mac rumbled, “We’re old friends of his.”

“Yes, we are,” Captain Boomer added, “Why I remember the time, back in Danger Bay…”

“Wait—WHAT?” Debra asked, “What are we doing here?” 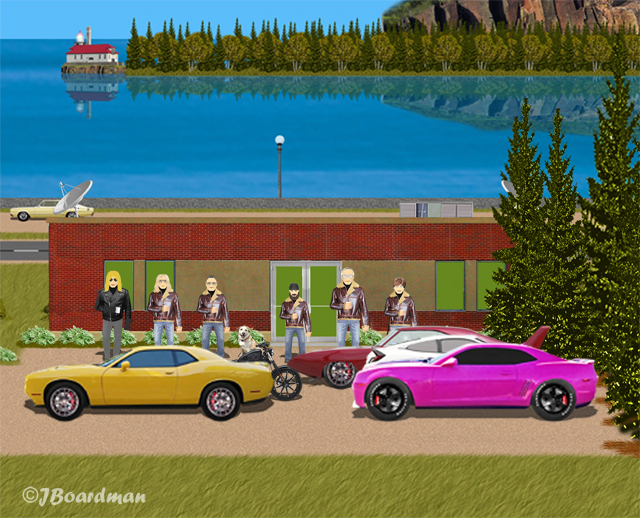 “I was riding with Boomer,” Joey said, “Then I find myself here.”

“How come I didn’t get to go?” Melissa McLeod asked.

“Boomer probably hasn’t made a 19th Century you, yet,” Joey replied.

A familiar disembodied voice chimed-in, “Too many people to write about.” 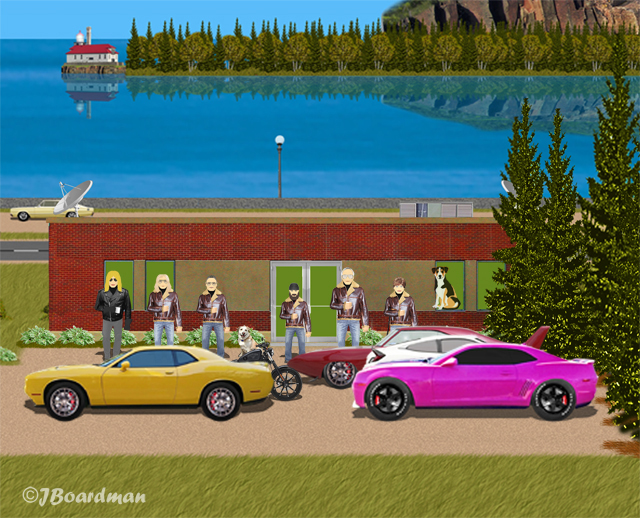 “You win, Debra,” Cu-Cu replied, “Currently, there are too many people to portray in enough depth for him to write about—the next Adventure will be carried by the others.”

“Whew!” Joey said for everyone.

This ends another RIVETING ADVENTURE—But our story? Will Be Continued…

2 Responses to “What are we doing here?”