“Wait—WHAT?” Debra asked, “What are we doing here?”

“I was riding with Boomer,” Joey said, “Then I find myself here.”

“How come I didn’t get to go?” Melissa McLeod asked.

“Boomer probably hasn’t made a 19th Century you, yet,” Joey replied.

A familiar disembodied voice chimed-in, “Too many people to write about.”

“You win, Debra,” Cu-Cu replied, “Currently, there are too many people to portray in enough depth for him to write about—the next Adventure will be carried by the others.”

“Whew!” Joey said for everyone. 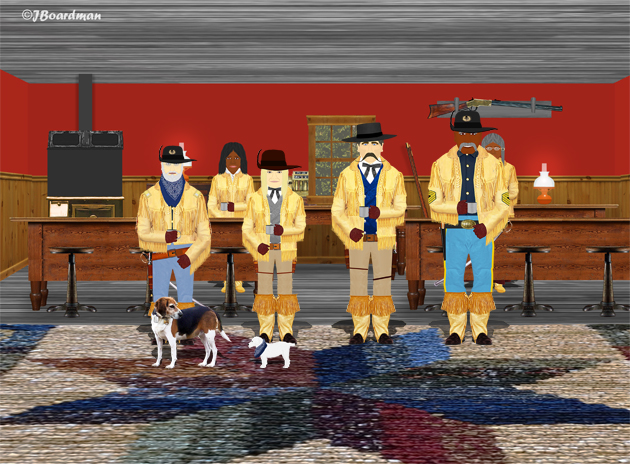 The rest of the Posse wisely ordered eggs, bacon, & fried potatoes, as well.

“It would appear, Boomer,” Mac rumbled, “You did upgrade this place.”

When their breakfasts were served, Mac asked, “Have you seen Allen Simpson in town?”

“He and three other men were here a week ago,” She replied, “That was the only time I’ve seen him—is he in trouble?”

“Not yet,” Mac replied, “But he caused plenty in Deadwood.”

“Do you have any idea where he is?” Chris asked.

“He said he bought a cabin in the area,” she replied, “But didn’t say where.”

“This will be your new home.” 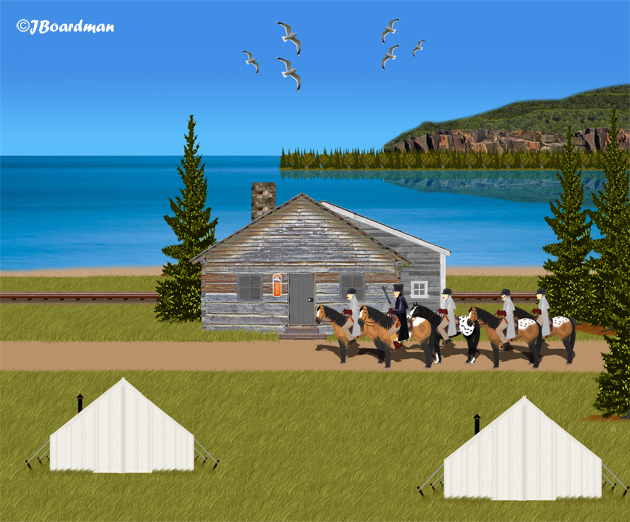 “This will be your new home.”

“You’d better hope so, Jimmy,” Simpson replied, “You fellas can stable your horses in the stable out back.”

“Is there room for us in the cabin?” Bill Peterson asked.

“No—you’ll live in the tents across the road,” He replied, “Let’s stable our horses and head inside.”

Episode 2… Scene 3… Inside Simpson’s Cabin… “As you can see, there is no room here for you—it’s a small cabin,” Simpson explained, “This is my home and our headquarters.” 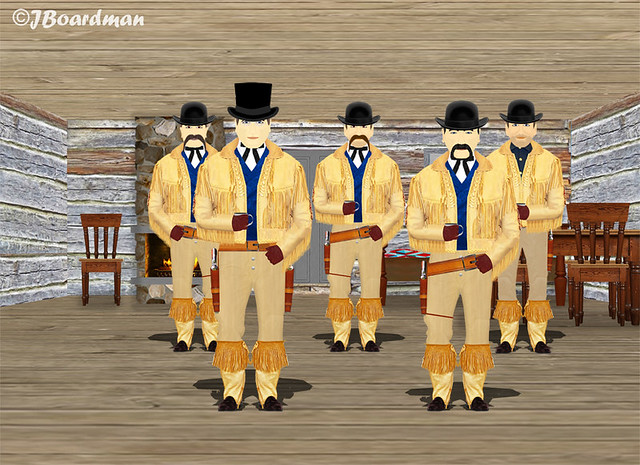 “First—not to get caught breaking the law until we’re ready,” He replied, “We’ll go out and be friendly with all we meet.”

The others agreed—Simpson had picked these men well.