“Welcome to our favorite saloon.”

“You’d better hope so, Jimmy,” Simpson replied, “You fellas can stable your horses in the stable out back.”

“Is there room for us in the cabin?” Bill Peterson asked.

“No—you’ll live in the tents across the road,” He replied, “Let’s stable our horses and head inside.”

“As you can see, there is no room here for you—it’s a small cabin,” Simpson explained, “This is my home and our headquarters.”

“First—not to get caught breaking the law until we’re ready,” He replied, “We’ll go out and be friendly with all we meet.”

The others agreed—Simpson had picked these men well. 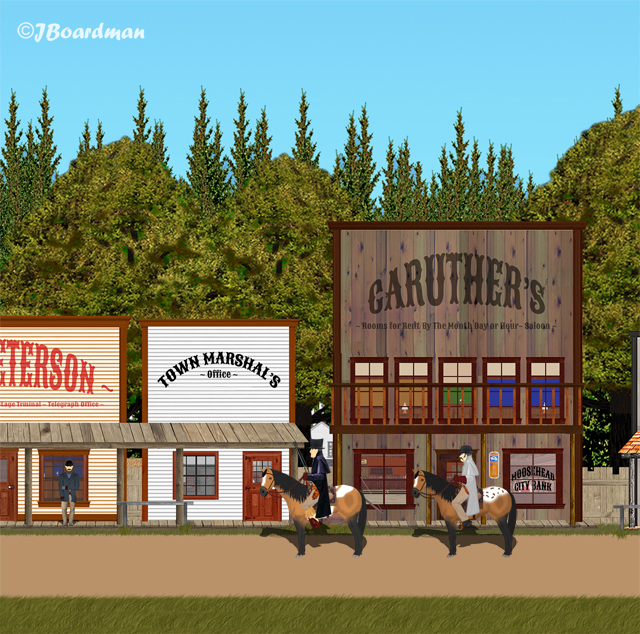 “We’re not known here,” Simpson said, “Thanks to Juco.”

“Because there’s an opening for a new town marshal—that would be you.”

“I LIKE that,” Tim replied as he dismounted and went inside the office.

Twenty minutes later he came out, “I was hired, and I get to select two men to be deputies.”

Episode 2… Scene 2… Meanwhile—Boomer & Company were somewhere on the road… “Where are we headed?” 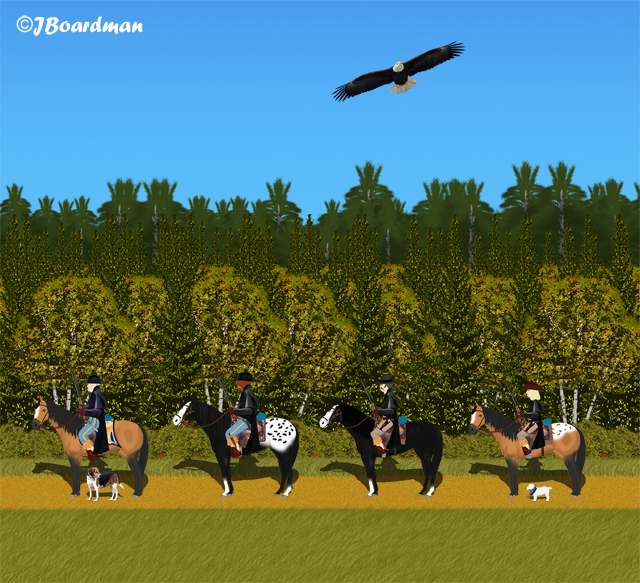 “Where are we headed?”

Episode 2… Scene 3… Moosehead City—Town Marshal’s Office… Our heroes were met by Deputy Jimmy Smith, “How-do, folks, what may do for you?”

“Have you seen Allen Simpson?” 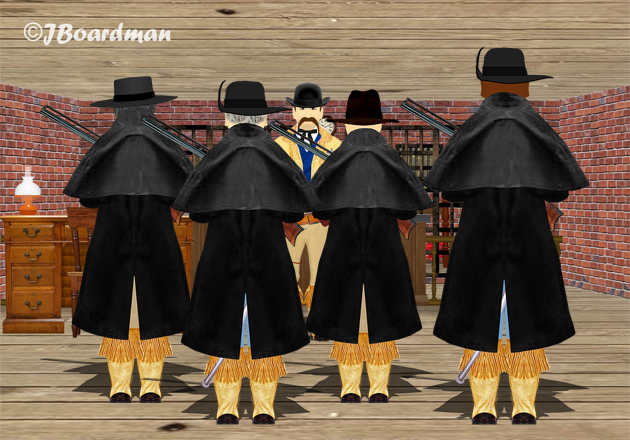 “Have you seen Allen Simpson?”

“We’re searching for him,” Chris Earp replied, “We believe he may have headed this way.”

“Who is the town marshal, Deputy Smith?’ Big Mac asked.

“I reckon we’d best visit the saloon,” Boomer suggested, “That’s one place where that those who know—go.” 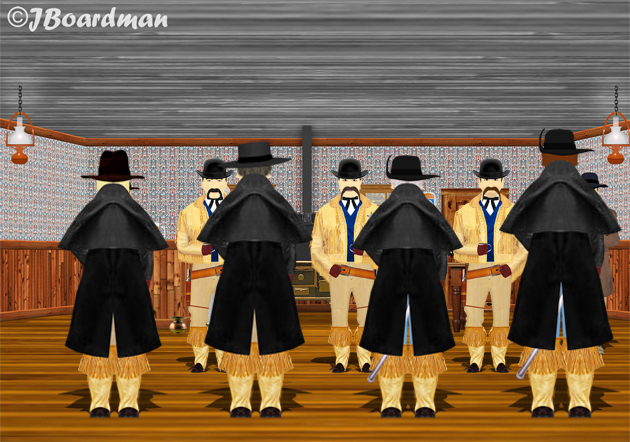 “Welcome to our favorite saloon.”

“It appears,” Mac rumbled, “To be the only saloon in Moosehead City.”

­­­“Well—there is another over in Flyspeck.”

“We’ve been there as well,” Mac replied, “Their whiskey seems to be half-water.”

“Ain’t that the truth,” the deputy agreed.

9 Responses to “Welcome to our favorite saloon.”