“Next stop,” Chris Earp grinned wickedly, “Moosehead City, where you’ll be placed aboard a train for Fort Leavenworth.”

“Where you’ll be charged with, among other charges, murder,” Wyatt Barry Stapp Earp added, “You may never see the light of day—except through steel bars.”

“I’m hoping you try to escape,” Mac smiled, “Before we get to town.”

“Aw c’mon Mac,” Debra rejoined, “That would be too humane.”

“True enough,” Mac replied, “The other prisoners at Leavenworth would be deprived of some fun as Simpson’s expense.” 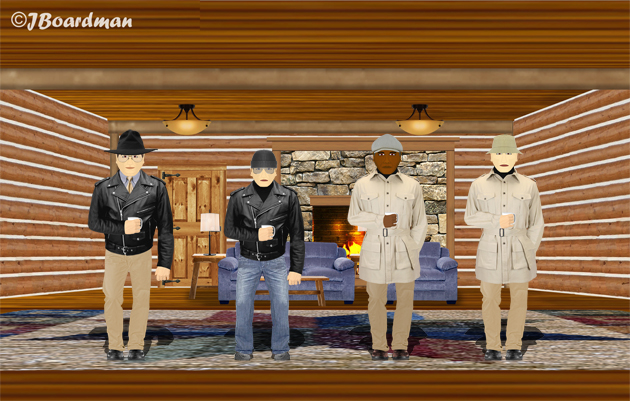 “First,” Big-A said, “You commit no crimes in Moosehead County—law enforcement there is the best in the entire state.”

“Where, then?” Smith asked.

“Minneapolis and St. Paul are about 180 miles south of here,” Big A replied, “And with their suburbs included, have over a million people—and dozens of banks & businesses available for you to burgle and rob.”

“I suggest we operate individually,” Jones suggested, “Or in pairs.”

“Just don’t be stupid—planning carefully will keep you out of jail,” Simpson added, “One mistake and our operation will fail.”

“In fifteen years, I’ve not been inside a jail yet,” Rudy James grinned, “Nor has anyone else in this room.”

“Time’s a-wasting—let’s hit the road,” Wilson Jones effectively concluded the meeting and the three left for the ’Cities.

Scene 2—In a Cabin overlooking Lake Superior… After they left, Simpson called his twin brother, (Twin? Who knew?) Ambrose Samuel Simpson, “I believe it’s time for you to join me here in Moosehead County.”

“Where are you?” Ambrose asked, “I’m in Moosehead City.”

Simpson gave his brother directions to his cabin. 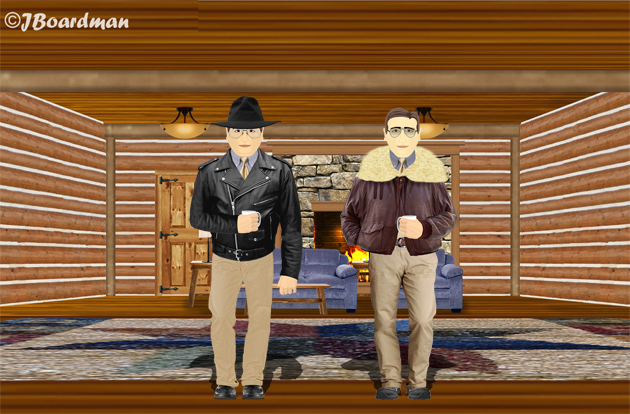 “Let’s get down to business,” Ambrose said as he walked-in, “I’ll be your silent senior partner—you have a habit of getting caught.”

“You do understand English?”

And with that—Big A agreed.

2 Responses to “Finally—you need me?”