Previously: After they left, Simpson called his twin brother, (Twin? Who knew?) Ambrose Samuel Simpson, “I believe it’s time for you to join me here in Moosehead County.”

“Where are you?” Ambrose asked, “I’m in Moosehead City.”

Simpson gave his brother directions to his cabin.

“Let’s get down to business,” Ambrose said as he walked-in, “I’ll be your silent senior partner—you have a habit of getting caught.”

“You do understand English?”

And with that—Big A agreed. 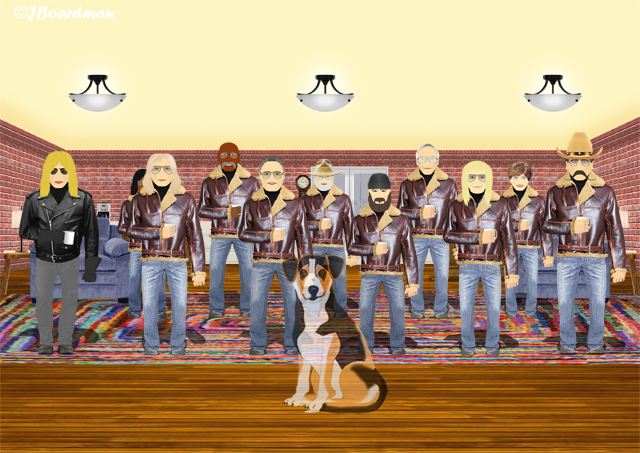 “I have no idea, Chris,” Linda replied.

“Juco brought him to this century,” Cu-Cu replied, “From the train to Fort Leavenworth.”

“I expect you prevented Juco from being aware you brought us here?”

“Yes, Alpha-Jack,” Cu-Cu replied, “He is and will remain clueless.”

“What do we need to know?” Debra asked.

“You need to wait for Simpson and his brother, Ambrose Samuel Simpson to get comfortable here,” Cu-Cu replied, “Just go about your normal routines and stay away from your HQ.”

“I think I’ll head for my Pine County farm—anyone want to join me?”

“Linda and I could use some farm-time,” Ralph replied, Right, Linda?”

“Me too?” Melissa McLeod asked, “My bike needs some miles.”

“Sure,” Joey replied, “You didn’t ride while we were gone?”

“You were only gone a day.”

“I think Chris and I will patrol the county,” Wyatt said, “Just like any other day—except in my Mercury instead of a marked squad.”

“Maybe we’ll discover Big A’s hideout,” Chris added, “But pay it no mind, no mind at all.”

Episode 2… Scene 2… Chris & Wyatt Earp drove-by Simpson’s hideout… Chris saw Big-A through the window, “Will you look at that?” 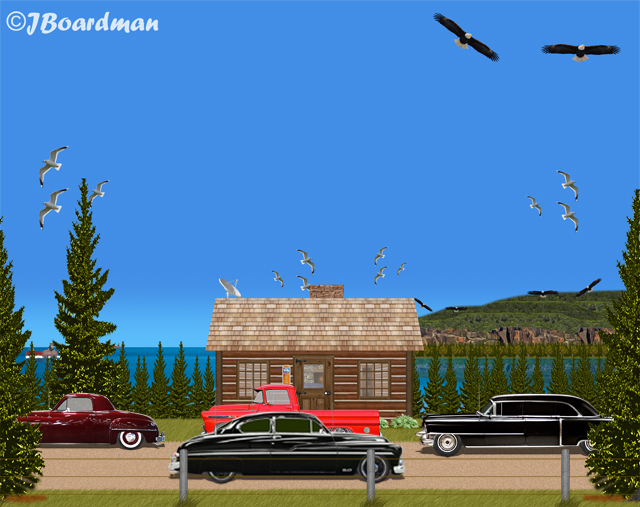 “Will you look at that?”

“HA,” Wyatt laughed, “That was almost too easy.”

They continued-on down the road before they contacted Boomer—who they knew was hosting a get-together at his Pine County farm.

Episode 2… Scene 3… At Boomer’s Farmhouse… Ralph, Linda, and Boomer were joined by AJ Boardman—and having a cook-out when Chris called, “We found Big-A!”

2 Responses to “Wait! WHAT just happened?”