“It was just on the radio,” James replied, “But it’s over now—the sheriff of Moosehead County thinks he knows where we are!”

“Okay,” Ambrose replied, “We must leave now—Mr. James—you have no police record, so you take the limo, and when you get stopped just say you were hired to return it to leasing company.”

“Allen? You and I will take Mr. James’ car and follow the coast road,” Ambrose continued, “The rest of you take the forest road to the main highway to Moosehead City.”

“But—they’ll be watching that road.”

“So?” Ambrose asked, “None of you have police records—they have no reason to arrest you.”

“I think we should get airborne and check-out the Forest Road,” he replied, “And ask the others to cover the coast road.”

Both men were members of the Moosehead County Civil Air Patrol Squadron (Writer’s Note: I served as a cadet and the “Cadet Commander” of the White Bear Squadron of the Civil Air Patrol in my teens) and had an Aeronca L-16 at their disposal.

Soon they had accomplished the pre-flight check of the old airplane and took-off to the tune of the “Wild Blue Yonder:” Off we go into the wild blue yonder—flying high into the sky… 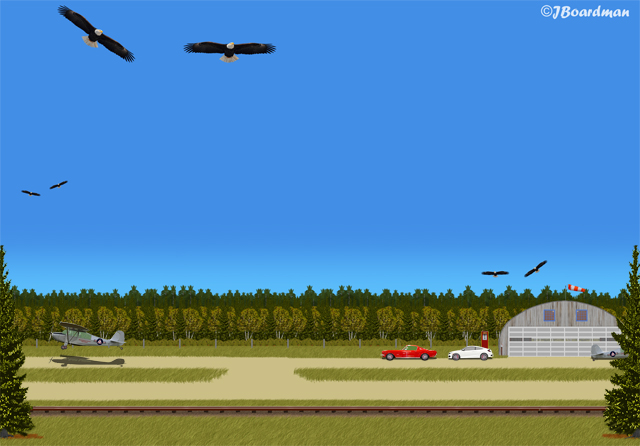 Episode 4… Scene 2…  Outside Simpson’s Cabin… Ralph Halvorson flew quickly past the cabin—unnoticed by the Simpsons as they prepared to leave. 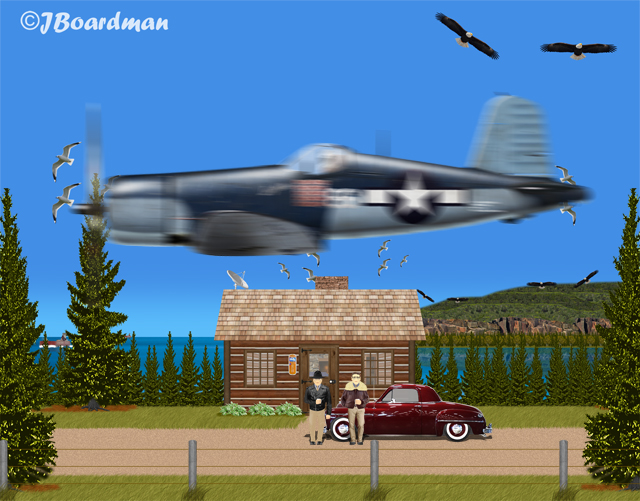 The bad news—the engine in Ralph’s Corsair started to sputter, and Ralph wisely decided to head for the airfield.

Ralph soothed him, “She brought me home—you needn’t apologize.”

They went into Moosehead City and parked their car in a lot downtown and booked passage on a Moosehead County Bus Service bus. 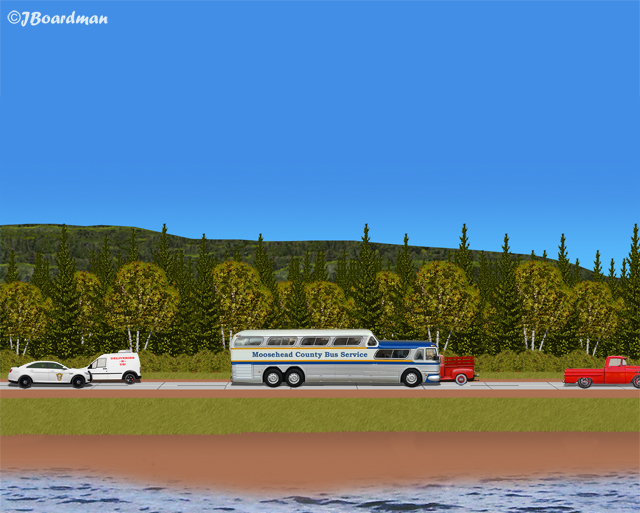 “Do you think we’ll make it safely to the ‘Cities?”

“You must have faith, Allen—I’ve got this!”

“There’s a hotel near the terminal where we can rent a couple of rooms and lay-low for a few months.”

2 Responses to The wild blue yonder…