Previously: The bad news—the engine in Ralph’s Corsair started to sputter, and Ralph wisely decided to head for the airfield.

Ralph soothed him, “She brought me home—you needn’t apologize.”

They went into Moosehead City and parked their car in a lot downtown and booked passage on a Moosehead County Bus Service bus.

“Do you think we’ll make it safely to the ‘Cities?”

“You must have faith, Allen—I’ve got this!”

“There’s a hotel near the terminal where we can rent a couple of rooms and lay-low for a few months.”

Season 18—Adventure 1—Port of Danger Bay—Episode 3… Scene 1… Following the forest road… “Be careful, Dad,” AJ cracked-wise, “The idea is not to land on the road!”

“Thanks for the reminder,” Boomer replied as he flew even lower, “Oops!”

Boomer brought the L-16 low enough for the wheels to touch the road, “You know you’re not going to scare me… right?” 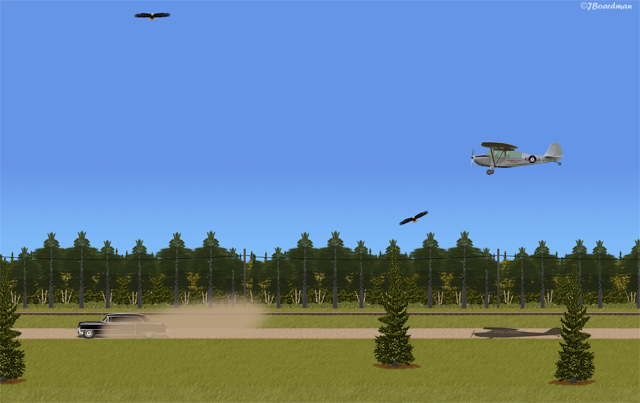 Finally—AJ had an idea on how to stop the car, “May I have the controls?”

“Sure, go for it,” Boomer replied.

AJ not only buzzed the limo—he touched the car’s roof—rolling the length of it.

Finally, the driver had enough and stopped the car.

AJ landed and taxied-up close to the limo.

Boomer & Andrew walked up to the side of the car. 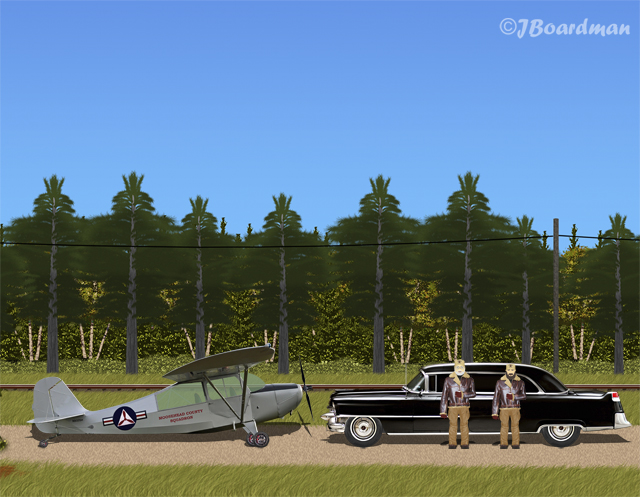 Rudy James, the driver and only occupant of the car, stepped out, “Why were you doing that?”

While AJ checked the car—expecting to find the Simpsons, “There’s nobody inside.”

Boomer replied, “We were expecting the Simpson brothers—where are they?

“I have no idea,” he replied—lying.

Episode 5… Scene 2…  A day later—at the Terminal Motel…   “This should be a good hideout,” Ambrose Simpson observed, “Large enough for us to be just two of a hundred or more other guests.” 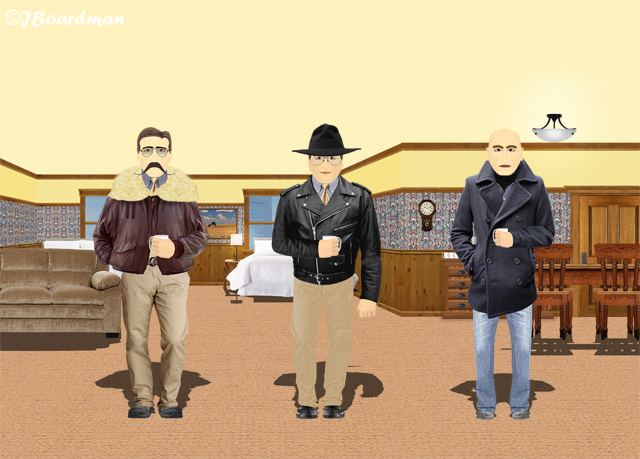