In Danger Bay at the Posse™ Headquarters

Finally—AJ had an idea on how to stop the car, “May I have the controls?”

“Sure, go for it,” Boomer replied.

AJ not only buzzed the limo—he touched the car’s roof—rolling the length of it.

Finally, the driver had enough and stopped the car.

AJ landed and taxied-up close to the limo.

Boomer & Andrew walked up to the side of the car.

Rudy James, the driver and only occupant of the car, stepped out, “Why were you doing that?”

While AJ checked the car—expecting to find the Simpsons, “There’s nobody inside.”

Boomer replied, “We were expecting the Simpson brothers—where are they?

“I have no idea,” he replied—lying.

Episode 5… Scene 2…  A day later—at the Terminal Motel…   “This should be a good hideout,” Ambrose Simpson observed, “Large enough for us to be just two of a hundred or more other guests.” 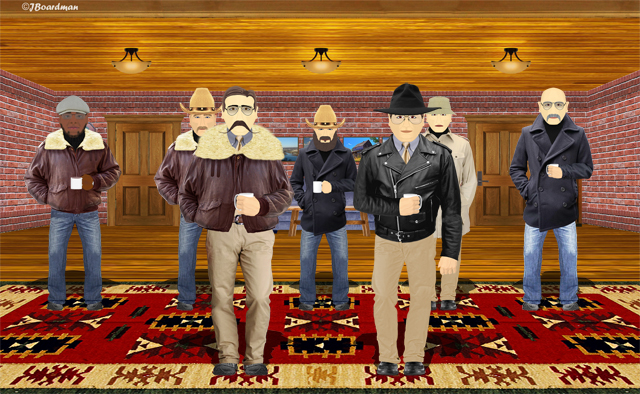 “No,” Ambrose replied, “I’ll outline what we expect from you—and what qualifications and references you have first.”

“You understand, gentlemen” Allen Simpson added, “We need to know exactly what you have to offer us before we can determine if we’ll hire you.”

“Mr. McCoy?” Ambrose continued, “Tell us what you bring to the table, please.”

“Ten years working for William ‘Baldy’ Prokup in St. Louis, Missouri,” he replied, “Twenty-five confirmed dead, with another twenty or so declared missing.”

“Thank you, Mr. McCoy—I will check this out,” Ambrose replied, “Mr. McWilliams?”

“Very-well, McWilliams—I’ll check your references and get back to you.”

The others presented equally excellent resume’s—and just like that the Simpson’s had assembled a new group of associates.

Episode 6—Scene 2… Meanwhile—In Danger Bay inside the Posse™ Headquarters… The Posse reunited for the first time in many weeks, “Hail, hail—the gang’s all here!” 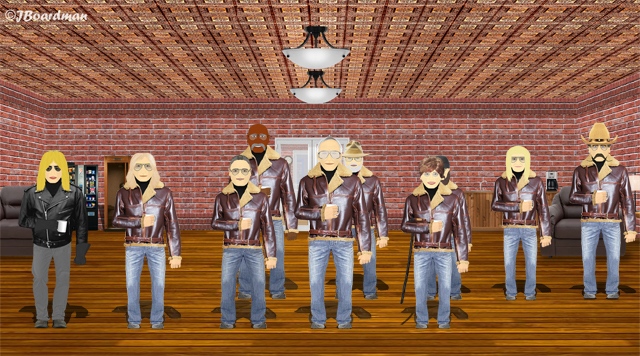 “So, it would appear, Mrs. Earp,” Wyatt replied.

“Any word on the Simpsons?” Boomer asked.

“Nothing so far,” Mac replied, “We may as well assume they’re not around here—we would have heard something by now.”

3 Responses to In Danger Bay at the Posse™ Headquarters