“Go pack your bags,” Ambrose replied, “You’ll be leaving within an hour.”

“Under the Mississippi—wearing concrete overshoes.”

“Sorry folks, the bar is closed.”

“We’re ‘special deputy US Marshals’ trooper,” Debra replied, as she produced her credentials, “What happened here?”

“It appears to be a professional hit, based upon what we’ve learned from the bartender,” Trooper Henry Sayer replied, “The shooter walked-in, picked a fight, the dead guy reached into his pocket and as he did the shooter shot him.”

“Yes—he is. But the thought occurred spontaneously,”

Season 18—Adventure 2—SEARCH—Episode 2—Scene 1… Inside Simpson’s motel room… The brothers Simpson discussed their next move—well “discussed” is not quite accurate; it was more like, “disputed.” 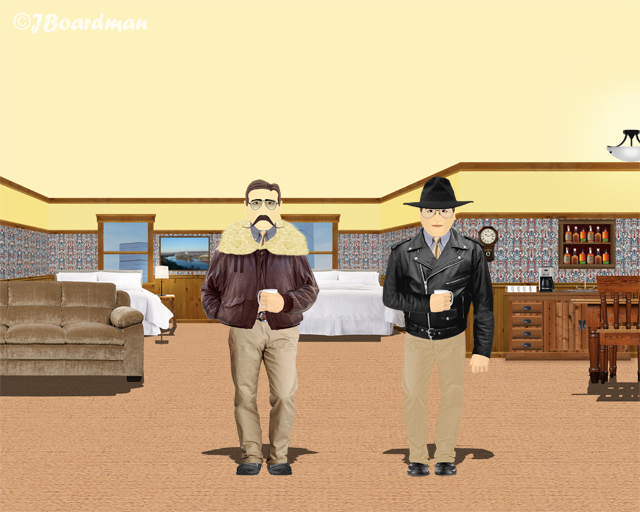 “Because, Allen, that’s the way to keep discipline among our associates.”

“You would think that loyalty to our associates would work just as well,” Allen retorted, “Jones was a loyal and effective associate.”

“You’re partially right, ‘was’ is the operative word.”

“You have to understand,” Allen’s exasperation evident in his voice, “Sooner or later the Posse™ from Moosehead County will get-wind that we’re here.”

“The only idea that matters,” Ambrose retorted, “That you are not all that bright—they’re no match for me.”

Allen Simpson thought to himself, “Fratricide may end-up being my only option.”

Episode 2—Scene 2… Meanwhile—The Posse™ met inside Big-Mac’s Condo… “Do you think there’s a connection with the hit and Simpson?” 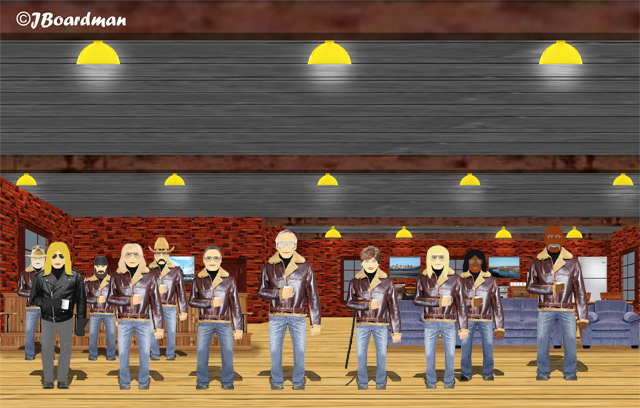 “Do you think there’s a connection with the hit and Simpson?”

“Unknown, Mac,” Chris Earp replied, “The troopers thought it was a hit.”

“We can’t be certain,” Chris finished his sentence.

“Okay,” Mac made a command decision, “We haven’t canvassed the southern suburbs yet.”

“Fine with me,” AJ replied, “May I suggest that we use nondescript rental cars?”

“You think the Big A knows your cars—right?”

“There’s a good chance of that—our cars are fairly unique.”

“Except for your Honda.”

2 Responses to “So why—exactly, did you have Jones killed?”